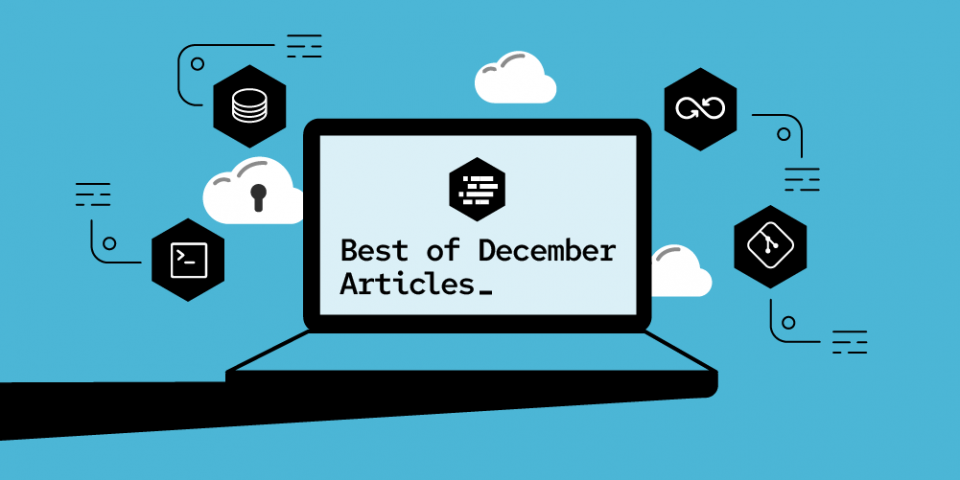 Welcome to our monthly recap of all the articles published in December 2021! This month's highlights include two quick guides for developers looking to integrate their favorite tools with Red Hat OpenShift Streams for Apache Kafka; an elegant process for performance testing microservices on Kubernetes; a Quarkus developer's guide to Java 17 language features; and more.

You can also check out some of our most-read articles this year by category:

Note: See the end of this article for the full lineup published in December 2021.

How to choose your Node.js web framework

The popular series introducing the Node.js reference architecture continued this month with Bethany Griggs' introduction to factors to consider when choosing your Node.js web framework. While Express.js is still considered a good default choice, this article also looks ahead to next-generation frameworks like Next.js, Koa.js, and more.

Use your favorite tools with Apache Kafka

Note: Don't miss this month's edition of the Kafka Monthly Digest, which includes an update on the forthcoming Apache Kafka 3.1.0 release.

Testing and debugging on Kubernetes

In a nutshell, DevSecOps is how developers and security teams integrate security automation into the software development life cycle. You can learn more about DevSecOps, and why it matters for developers, by visiting the new DevSecOps landing page on Red Hat Developer. For an overview, we recommend starting with How DevSecOps brings security into the development process.

Three more for the road

Before you go, here are three more articles that developers are reading this month:

Here's the full lineup: All of the articles published on Red Hat Developer so far in December:

An elegant way to performance test microservices on Kubernetes