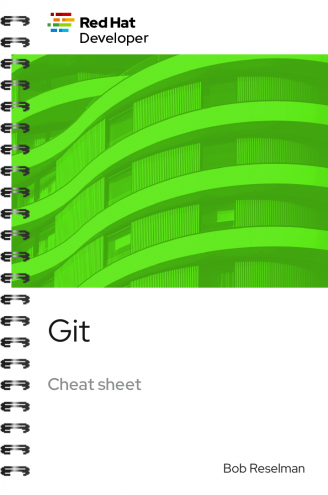 Cheap local branching, convenient staging areas, and multiple workflows are just a few of the features Git offers.  As an open source distributed version control system, there are many ways to use Git. The good news is getting started is easy.

Download the Git Cheat Sheet and learn commands around:

Working with branches in Git

Rolling back to the most recent commit

The following example shows the current branch as well as the files in that branch. The dev branch has two files,  newfile.txt and readme.md .

Then the branch is changed to main. The main branch has one file, readme.md . The command git merge dev --no-edit merges the files from the dev branch into the the current main branch. The option  --no-edit is used to avoid having to write a message describing the merge. Finally, the  ls -1 command shows that the merge successfully added  lnewfile.txt from the dev branch to main:

Merges one repository onto another while also transferring the commits from the merge-from branch onto the merge-to branch. Operationally, Git can delete commits from one branch while adding them to another.