Ansible and automation: The best of 2021 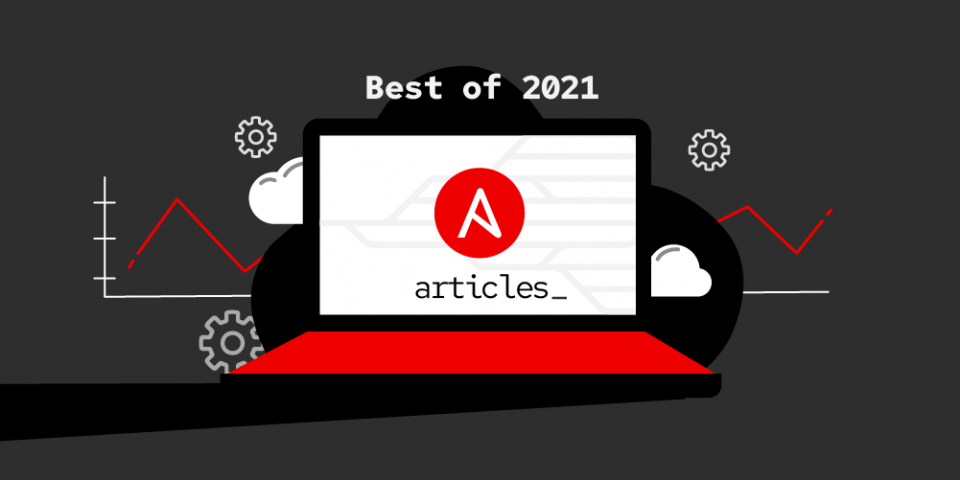 In the cloud-native era, your applications need to react to event-driven systems in scalable, flexible ways. Developers have increasingly turned to automated development and deployment processes to meet that need, using tools like Ansible and Helm to make it all possible. Read on to learn what topics and articles Red Hat Developer readers found most intriguing in this space in 2021.

Check out the other articles in our Best of 2021 series:

Red Hat Ansible Automation Platform brings together a number of tools for implementing automation across your organization, allowing you to manage both Linux and Windows machines across cloud, virtual, and physical environments. Test container images in Red Hat OpenShift 4 with Ansible and CI/CD, one of this year's most popular articles on the subject, showcased how Ansible can integrate with your CI/CD pipeline to help you test containerized applications to run on OpenShift.

Ansible Tower is a front end to Red Hat Ansible Engine that simplifies operations on large IT infrastructures, and in Write your own Red Hat Ansible Tower inventory plugin, another one of our top articles of 2021, Rigel Di Scala explains how to write the plugin code that allows Ansible to get a list of hosts to target when executing playbooks.

If you're looking for more Ansible content, you might want to check out one of our all-time most popular articles, Using Ansible to automate Google Cloud Platform.

Continuous integration and continuous deployment (CI/CD) is the practice at the heart of DevOps, and it wouldn't be possible without automated processes. OpenShift users in particular will be interested in one of our most popular articles of 2021, Improving CI/CD in Red Hat OpenShift. Siamak Sadeghianfar's important piece from 2020, The present and future of CI/CD with GitOps on Red Hat OpenShift, still garnered a lot of developer interest in 2021.

GitOps is a standard and largely automated workflow based on the philosophies and approaches of DevOps culture for application development, specifically using Git repositories as a single source of truth. If you're new to the GitOps world, Don Schenck has a great introduction for you that explains why developers should care about GitOps.

Once you're sold on GitOps, Red Hat Developer has a number of popular articles to walk you through specific use cases, including Bootstrap GitOps with Red Hat OpenShift Pipelines and kam CLI and Managing GitOps control planes for secure GitOps practices. And if you want to push GitOps automation into new frontiers, Ip Sam and Wuxin Zeng explain how to apply machine learning to GitOps.

Helm was developed to help Kubernetes developers with the deployment piece of CI/CD. Helm uses a packaging format called charts, which include all of the Kubernetes resources that are required to deploy an application.

OpenShift devs should check out Deploy Helm charts with Jenkins CI/CD in Red Hat OpenShift 4, our most popular automation article of the year, for an introduction on how Helm and Jenkins can work together.

Red Hat 3scale API Management makes it easy to manage your APIs for internal or external users, and the 3scale toolbox can help automate API and account configurations.

Need more? Here are the rest of 2021's most popular articles from Red Hat Developer on automation topics: