This section assumes you already have a Google Cloud Platform service account. If you know your account details, the first thing to do is provide the authentication credentials to Ansible Tower. From the Ansible Tower console, select Credentials --> New Credential. Then select Google Compute Engine as the Credential Type. Figure 1 shows this sequence. 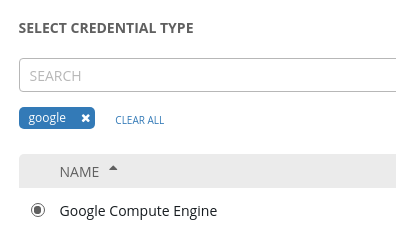 Figure 2 shows the field where you will enter the email address associated with your Google Cloud Platform service account.

Next, you'll be asked to enter the contents of the Privacy Enhanced Mail (PEM) file associated with your service account email address, as shown in Figure 3.

While it is not shown, I have also configured the Google Compute Engine API (compute.googleapis.com) to access the Google Cloud Platform project, and set the Identity and Access Management (IAM) role to Owner.

I'm showing the Ansible playbook in Figure 7 as a screenshot to preserve the indentation. You can also download the playbook and use it as an example. 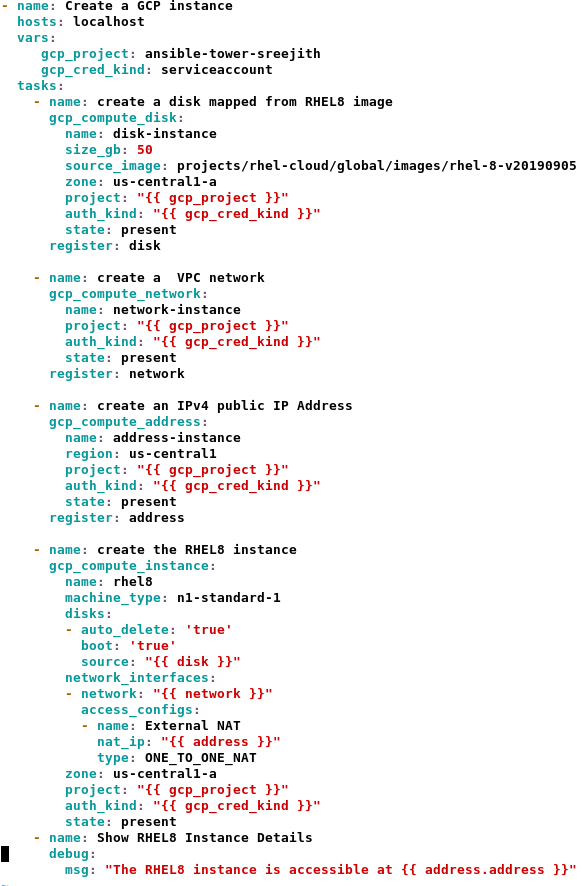 Let's quickly look at each task in the playbook:

During execution, Ansible Tower will use the GCP_AUTH_KIND environment variable to reference and pass the Google Cloud Platform service account's email, project, and private-key contents to the playbook.

Next, we want to create a new job template to execute the playbook in Ansible Tower. Before we can do that, we need to create an inventory and a project referencing the playbook. For this demo, the project is GCP and the inventory is GCP_Provision_Resources, as shown in Figure 8.

Figure 8. Create an inventory and a project referencing the playbook you want to run."> 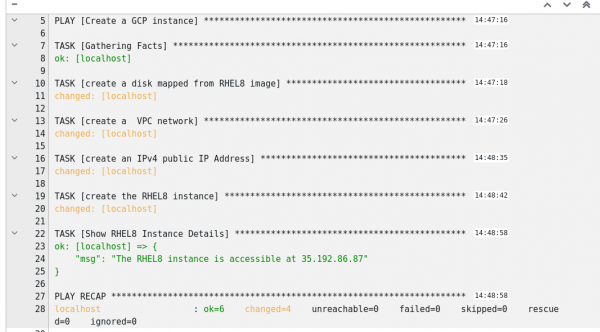 You can also use the Google Cloud Platform console to verify the resources. In Figure 10, you can see the VM disk, disk-instance, was created with a size of 50 GB. 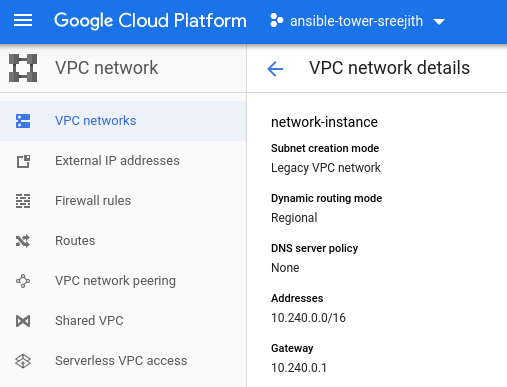 Figure 11. The VPC network has been created.">

Figure 12 shows that the external public IPv4 address of 35.192.86.87 is associated with the newly created Red Hat Enterprise Linux 8 instance.

To create a new inventory, choose Google Compute Engine as the source, then select the Google Cloud Platform credential you created at the beginning of this article. Optionally, you can limit the sync to specific GCP regions, as shown in Figure 14.

Next, use the Inventory Sync button to synchronize the newly created instance rhel8 in the US Central (A) region.

Once synced, check the new hosts in the inventory. As you can see in Figure 15, the new instance is listed.

Figure 15. The new instance is listed.">

In this article, you've seen how to use the new gcp_* modules to automate the provisioning of resources on Google Cloud Platform. I also quickly showed you how to create a new dynamic inventory to periodically sync with the Google Cloud API and find realtime instance counts and details for resources hosted on Google Cloud Platform. Using the Dynamic Inventory feature is a recommended practice for large, fast-changing cloud environments where systems are frequently deployed, tested, and then removed.

Here is a video demonstration of the activities covered in this article.

See the following resources to learn more about topics in this article: