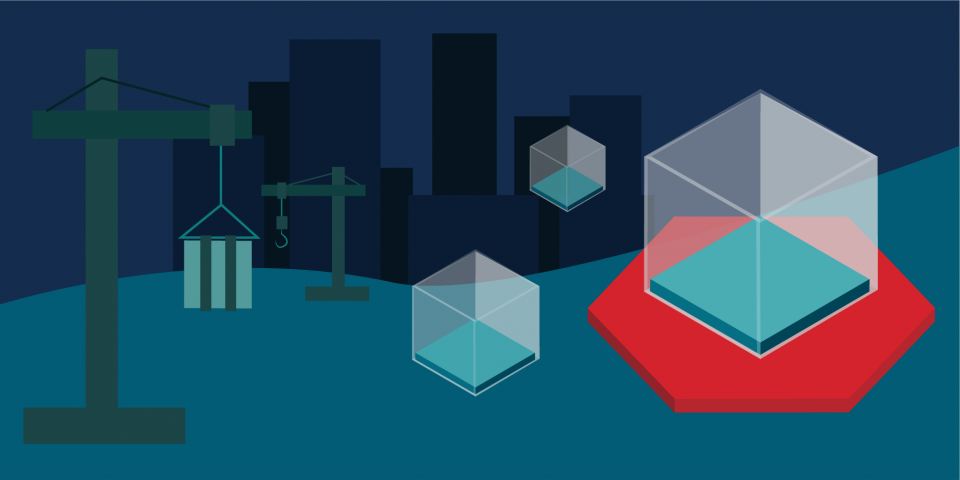 Building unique images for various container orchestrators can be a maintenance and testing headache. A better idea is to build a single image that takes full advantage of the vendor support and security built into Red Hat OpenShift, and that also runs well in Kubernetes.

A universal application image (UAI) is an image that uses Red Hat Universal Base Image (UBI) from Red Hat Enterprise Linux as its foundation. The UAI also includes the application being deployed, adds extra elements that make it more secure and scalable in Kubernetes and OpenShift, and can pass Red Hat Container Certification.

This article introduces you to nine best practices you should incorporate into your Dockerfile when building a UAI. Each section in this article explains a practice, shows you how to implement the practice, and includes Red Hat certification requirements related to the topic.

The base image for your application provides the Linux libraries required by the application. The base image that you choose affects the versatility, security, and efficiency of your container.

A Red Hat UBI enables your universal application image to run well in both Kubernetes and OpenShift, is compliant with the Open Container Initiative (OCI), is freely redistributable, and receives official Red Hat support when run in OpenShift.

Building from a UBI

In your Dockerfile, the FROM command should create your image from a ubi8 base image. If your build machine has an internet connection, it can download the base image directly from Red Hat's registry like this:

Red Hat's base images are available from the Red Hat certified container images registry. The images in the ubi8 namespace incorporate libraries from a newer version of Red Hat Enterprise Linux than the ubi7 images. There are UBIs for several different language runtimes.

If Red Hat doesn't offer a UBI for the language runtime you need, start from the smallest ubi8 base image (registry.access.redhat.com/ubi8/ubi-minimal) and run the commands to install the language's runtime.

Best practice #2: Make the image run as a non-root user

By default, Docker builds and runs an image as root (that is, UID=0). To avoid this, the Dockerfile for building the image should specify a user ID other than 0.

When Kubernetes runs the container, its processes run as the user ID specified in the Dockerfile.

Running the image as a non-root user

To specify a user in a Dockerfile, add the USER command, such as USER 1001.

The Dockerfile best practices page points out that if you specify the user as its UID instead of a username, you don't need to add the user or group name to the system's passwd or group file. However, if the base image sets a good non-root user name, you should specify that user's name. For example, a UBI defines a user named default.

Red Hat recommends that the image specify a non-root user. When its container is run in OpenShift, the container orchestrator will definitely run its processes as an arbitrary non-root user.

When you build an image on a Red Hat UBI that includes a language runtime, the user is already switched to a non-root user named default.

If a process needs access to files in the container's local file system, the process's user and group should own those files so they are accessible. For OpenShift, the user that runs a container is assigned arbitrarily, but that arbitrary user is always a member of the root group, so you should assign the root group ownership of the local files so that the arbitrary user has access.

For compatibility with Kubernetes, the Dockerfile should specify a non-root user ID, then set file ownership to that user ID and the root group:

These two approaches combined work for both Kubernetes and OpenShift:

For example, if the Cassandra database is configured to store its data in the /etc/cassandra directory, the Dockerfile to build the image for OpenShift needs the following statements:

Pods run in an OpenShift cluster as arbitrary user IDs that are members of the root group. OpenShift Container Platform specific guidelines specify the following:

For an image to support running as an arbitrary user, directories and files that are written to by processes in the image must be owned by the root group and be read/writable by that group. Files to be executed must also have group execute permissions.

Building an image in multiple stages

To build an image in multiple stages, the Dockerfile specifies multiple FROM lines, one at the beginning of each stage. The last stage produces the resulting image file, and the build process discards the images from the earlier stages. Typically, every stage but the last is given a name that makes it easier for a later stage to refer to an earlier stage's artifacts.

For example, a multi-stage build typically consists of two stages, one that builds application artifacts and another that builds the application image. The first stage is typically named builder. It is common that the "builder" stage is a fully-fledged container image environment, complete with build tools and the final stage will be a more lightweight image.

An example Dockerfile may read as follows, as we see it using the first "builder" image to compile a golang binary, which is then copied into the final image to run without the overhead of the compile-time environment being present:

Further information on multi-stage builds can be found in many places online, including this reference page at docker.com's documentation site.

Red Hat Container Certification does not require or exclude the use of a multi-stage Dockerfile, so long as the containers used in the multi-stage build also comply with the rest of the requirements.

Best practice #5: Include the latest security updates in your image

The Linux libraries in an image should contain the latest security patches that are available when the image is built. To get the patches:

Building an image with the latest security updates

Build your application image from the latest release of a UBI, which should include components with the latest security patches.

If a UBI needs newer components because they contain newer security patches, use the RUN command to update the UBI with the latest security updates like this:

The UBI already contains the latest security patches that are available at the time the image was built, but this installs any updates that are newer than the image.

To pass Red Hat Container Certification, Red Hat components in the container image cannot contain any critical or important security vulnerabilities at the time that it is certified.

Understanding Red Hat security ratings explains these different security levels. To update the Red Hat components with security fixes that are not already installed, use this command in the Dockerfile for your image:

You should build images that are clearly identifiable, to make it easy for the user to determine the name of the image, who built it, and what it does. This information should be an immutable part of the image that cannot be separated.

Labels are set in the Dockerfile using the LABEL command. For example, here's how to set the labels required for Red Hat image certification:

Set these labels in the Dockerfile using the LABEL command. If you build your image on a UBI, Red Hat already sets these labels with Red Hat values for the UBI, but you should override those with values for your image.

No industry standard exists for bundling the licensing information with software. However, you can easily store the text files for licenses in an image, so it's a good idea to do so. This makes the image self-documenting, so users can immediately know about the software licenses associated with their image.

GitHub can display the license for a repository if you follow these conventions:

Adding license information to an image

The following code in the Dockerfile adds this licenses directory to the image:

To accommodate GitHub and Red Hat's different approaches, you can store two copies of your license file, one in LICENSE for GitHub and another in licenses/LICENSE.txt for Red Hat.

When building an application image, do not modify, replace, or combine the packages or layers in the base image. However, there is one exception: The build process can and should update the security packages in the Linux libraries with the latest updates.

A container image's metadata should clearly show that the image includes the layers of the base image, has not altered them, and has only added to them.

Maintaining the original image layers in your Dockerfile

A Dockerfile normally builds from a base image and adds new layers to it. An application should run on top of its operating system, but not replace any of it.

Red Hat Container Certification prohibits modifications to the layers in the Red Hat base image. When the base layer uses a Red Hat UBI, Red Hat does support the use and extension of the UBI layer.

Best practice #9: Limit the number of layers in your images

Layers in an image are good, but having too many adds complexity and hurts efficiency. Limit the images you build to about 5-20 layers (including the base image's layers). Up to 30 layers are acceptable, but 40 or more layers become too many to manage easily.

Limiting the number of layers

By following the nine best practices in this article, you can build an image that is high-quality and efficient, and runs well in both Kubernetes and OpenShift. Here are a few additional resources:

How to pick the right container base image

Build and run Buildah inside a Podman container