William Henry
Office of the CTO 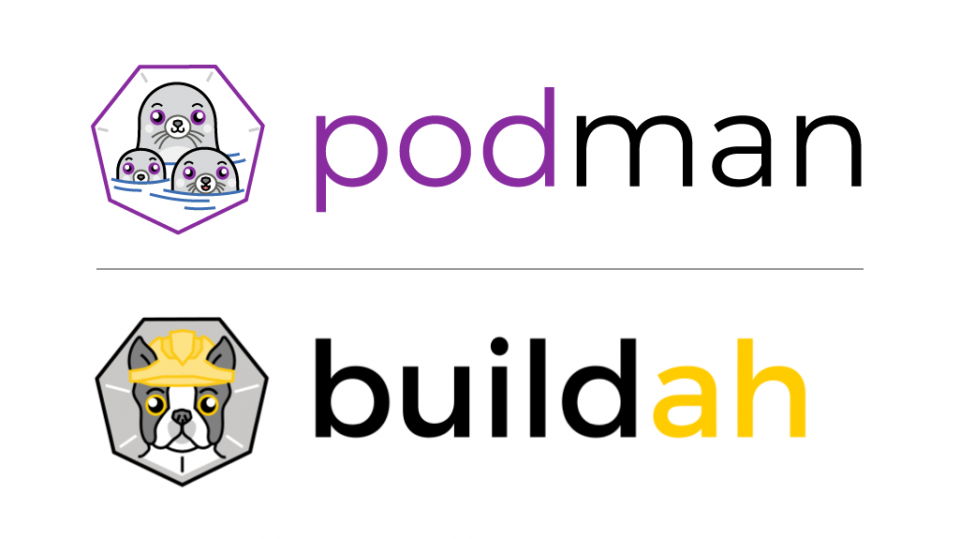 I was asked recently on Twitter to better explain Podman and Buildah for someone familiar with Docker.  Though there are many blogs and tutorials out there, which I will list later, we in the community have not centralized an explanation of how Docker users move from Docker to Podman and Buildah.  Also what role does Buildah play? Is Podman deficient in some way that we need both Podman and Buildah to replace Docker?

This article answers those questions and shows how to migrate to Podman.

How does Docker work?

First, let’s be clear about how Docker works; that will help us to understand the motivation for Podman and also for Buildah. If you are a Docker user, you understand that there is a daemon process that must be run to service all of your Docker commands. I can’t claim to understand the motivation behind this but I imagine it seemed like a great idea, at the time, to do all the cool things that Docker does in one place and also provide a useful API to that process for future evolution. In the diagram below, we can see that the Docker daemon provides all the functionality needed to:

Essentially the Docker daemon does all the work with registries, images, containers, and the kernel.  The Docker command-line interface (CLI) asks the daemon to do this on your behalf. This article does not get into the detailed pros and cons of the Docker daemon process.  There is much to be said in favor of this approach and I can see why, in the early days of Docker, it made a lot of sense.  Suffice it to say that there were several reasons why Docker users were concerned about this approach as usage went up. To list a few:

There are probably more. Whether these issues have been fixed or you disagree with this characterization is not something this article is going to debate. We in the community believe that Podman has addressed many of these problems. If you want to take advantage of Podman’s improvements, then this article is for you.

The Podman approach is simply to directly interact with the image registry, with the container and image storage, and with the Linux kernel through the runC container runtime process (not a daemon). Now that we’ve discussed some of the motivation it’s time to discuss what that means for the user migrating to Podman.  There are a few things to unpack here and we’ll get into each one separately:

If you are using Docker today, you can remove it when you decide to make the switch. However, you may wish to keep Docker around while you try out Podman. There are some useful tutorials and an awesome demonstration that you may wish to run through first so you can understand the transition more. One example in the demonstration requires Docker in order to show compatibility.

To install Podman on Red Hat Enterprise Linux 7.6 or later, use the following; if you are using Fedora, then replace yum with dnf:

Podman commands are the same as Docker’s

When building Podman, the goal was to make sure that Docker users could easily adapt. So all the commands you are familiar with also exist with Podman. In fact, the claim is made that if you have existing scripts that run Docker you can create a docker alias for podman and all your scripts should work (alias docker=podman). Try it. Of course, you should stop Docker first (systemctl stop docker). There is a package you can install called podman-docker that does this for conversion for you. It drops a script at /usr/bin/docker that executes Podman with the same arguments.

The commands you are familiar with—pull, push, build, run, commit, tag, etc.—all exist with Podman.  See the manual pages for Podman for more information. One notable difference is that Podman has added some convenience flags to some commands. For example, Podman has added --all (-a) flags for podman rm and podman rmi. Many users will find that very helpful.

You can also run Podman from your normal non-root user in Podman 1.0 on Fedora. RHEL support is aimed for version 7.7 and 8.1 onwards. Enhancements in userspace security have made this possible. Running Podman as a normal user means that Podman will, by default, store images and containers in the user’s home directory. This is explained in the next section. For more information on how Podman runs as a non-root user, please check out Dan Walsh’s article: How does rootless Podman work?

When you first type podman images, you might be surprised that you don’t see any of the Docker images you’ve already pulled down. This is because Podman’s local repository is in /var/lib/containers instead of /var/lib/docker.  This isn’t an arbitrary change; this new storage structure is based on the Open Containers Initiative (OCI) standards.

In 2015, Docker, Red Hat, CoreOS, SUSE, Google, and other leaders in the Linux containers industry created the Open Container Initiative in order to provide an independent body to manage the standard specifications for defining container images and the runtime. In order to maintain that independence, the containers/image and containers/storage projects were created on GitHub.

Since you can run podman without being root, there needs to be a separate place where podman can write images. Podman uses a repository in the user’s home directory: ~/.local/share/containers. This avoids making /var/lib/containers world-writeable or other practices that might lead to potential security problems. This also ensures that every user has separate sets of containers and images and all can use Podman concurrently on the same host without stepping on each other. When users are finished with their work, they can push to a common registry to share their image with others.

Docker users coming to Podman find that knowing these locations is useful for debugging and for the important rm -rf /var/lib/containers, when you just want to start over.  However, once you start using Podman, you’ll probably start using the new -all option to podman rm and podman rmi instead.

Container images are compatible between Podman and other runtimes

Despite the new locations for the local repositories, the images created by Docker or Podman are compatible with the OCI standard. Podman can push to and pull from popular container registries like Quay.io and Docker hub, as well as private registries. For example, you can pull the latest Fedora image from the Docker hub and run it using Podman. Not specifying a registry means Podman will default to searching through registries listed in the registries.conf file, in the order in which they are listed. An unmodified registries.conf file means it will look in the Docker hub first.

Podman provides capabilities in its command-line push and pull commands to gracefully move images from /var/lib/docker to /var/lib/containers and vice versa.  For example:

Obviously, leaving out the docker-daemon above will default to pushing to the Docker hub.  Using quay.io/myquayid/myfedora will push the image to the Quay.io registry (where myquayid below is your personal Quay.io account):

If you are ready to remove Docker, you should shut down the daemon and then remove the Docker package using your package manager. But first, if you have images you created with Docker that you wish to keep, you should make sure those images are pushed to a registry so that you can pull them down later. Or you can use Podman to pull each image (for example, fedora) from the host’s Docker repository into Podman’s OCI-based repository. With RHEL you can run the following:

Podman provides some extra features that help developers and operators in Kubernetes environments. There are extra commands provided by Podman that are not available in Docker. If you are familiar with Docker and are considering using Kubernetes/OpenShift as your container platform, then Podman can help you.

What is Buildah and why would I use it?

Buildah actually came first. And maybe that’s why some Docker users get a bit confused. Why do these Podman evangelists also talk about Buildah? Does Podman not do builds?

Podman does do builds and for those familiar with Docker, the build process is the same. You can either build using a Dockerfile using podman build or you can run a container and make lots of changes and then commit those changes to a new image tag. Buildah can be described as a superset of commands related to creating and managing container images and, therefore, it has much finer-grained control over images. Podman’s build command contains a subset of the Buildah functionality. It uses the same code as Buildah for building.

The most powerful way to use Buildah is to write Bash scripts for creating your images—in a similar way that you would write a Dockerfile.

I like to think of the evolution in the following way. When Kubernetes moved to CRI-O based on the OCI runtime specification, there was no need to run a Docker daemon and, therefore, no need to install Docker on any host in the Kubernetes cluster for running pods and containers. Kubernetes could call CRI-O and it could call runC directly. This, in turn, starts the container processes. However, if we want to use the same Kubernetes cluster to do builds, as in the case of OpenShift clusters, then we needed a new tool to perform builds that would not require the Docker daemon and subsequently require that Docker be installed. Such a tool, based on the containers/storage and containers/image projects, would also eliminate the security risk of the open Docker daemon socket during builds, which concerned many users.

Buildah (named for fun because of Dan Walsh’s Boston accent when pronouncing "builder") fit this bill. For more information on Buildah, see buildah.io and specifically see the blogs and tutorials sections.

There are a couple of extra things practitioners need to understand about Buildah:

A good example use case for a scratch build is to consider the development images versus staging or production images of a Java application. During development, a Java application container image may require the Java compiler and Maven and other tools. But in production, you may only require the Java runtime and your packages. And, by the way, you also do not require a package manager such as DNF/YUM or even Bash. Buildah is a powerful CLI for this use case. See the diagram below. For more information, see Building a Buildah Container Image for Kubernetes and also this Buildah introduction demo. Getting back to the evolution story...Now that we had solved the Kubernetes runtime issue with CRI-O and runC, and we had solved the build problem with Buildah, there was still one reason why Docker was still needed on a Kubernetes host: debugging. How can we debug container issues on a host if we don't have the tools to do it? We would need to install Docker, and then we are back where we started with the Docker daemon on the host. Podman solves this problem.

I hope this article has been useful and will help you migrate to using Podman (and Buildah) confidently and successfully.