Welcome to our monthly recap of the articles we published in June! This month, we rolled out an armada of articles to help you build—and lock down—code on the platforms you trust. Here are the June highlights.

Security for Kubernetes, Go, and beyond

Kubernetes is increasingly central to modern distributed and containerized development today, but it's a complex system that's difficult to secure. Ajmal Kohgadai and Andy Oram delivered a three-part series on Kubernetes security to help put your mind at ease:

Red Hat Developer also took a look at security issues in the Go language. We provided a primer on cross-site scripting that explained how you can prevent this type of attack when building applications in Go; we also showed you how to make sure your Go applications on RHEL comply with the FIPS standard mandated for U.S. government contractors.

And finally, if you're dealing with good old-fashioned C, Serge Guelton and Siddhesh Poyarekar taught you how to use compiler flags to protect against stack-smashing attacks.

Some of our most popular articles of this month really got into the nitty-gritty of code execution, compilation, and performance monitoring. Thanks to Red Hat Developer's experts, you learned how to:

We continued a series that we began in May about building and deploying Software as a service (SaaS) applications, and these also proved to be a big hit with readers. This month, you learned how to:

Check out these articles and be on the lookout for future installments.

You probably have used Java Flight Recorder, an excellent tool for analyzing and understanding Java workloads. It comes in handy during development or while workloads run in production. Cryostat takes that further by bringing the same functionality to containers and Kubernetes. You can check out our roundup of what's new in Cryostat 2.1, the latest version of the tool. You can also learn how to install Cryostat using a Helm chart, which is suitable for demo purposes and simpler than using the Cryostat Operator.

Here's the full lineup of articles published on Red Hat Developer so far this month: 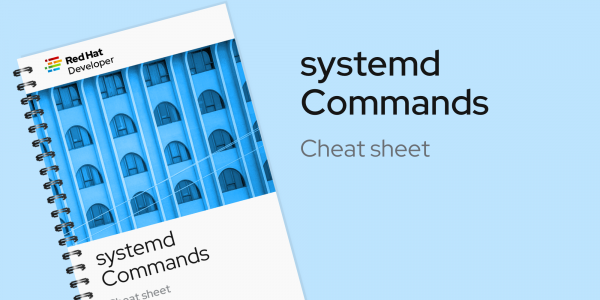 The systemd service runs on Linux to consolidate service configuration and application behavior: starting, stopping, and so forth. systemd is found in Red Hat Enterprise Linux as well as other Linux distributions.

Users and administrators query and control systemd behavior through the systemctl command. The systemd Commands Cheat Sheet presents the most common uses of systemctl, along with journalctl for displaying information about systemd activities from its logs.