In this article, we demonstrate Red Hat OpenShift's horizontal autoscaling feature with Red Hat Fuse applications. The result is a Spring Boot-based application that uses the Apache Camel component twitter-search that searches Twitter for tweets based on specific keywords. If traffic or the number of tweets increases, and this application cannot serve all requests, then the application autoscales itself by increasing the number of pods. The ability to serve all requests is monitored by tracking this application's CPU utilization on a particular pod. Also, as soon as traffic or CPU utilization is back to normal, the number of pods is reduced to the minimum configured value.

Autoscaling is useful when applications are deployed in a cloud environment from any of the cloud vendors, where users have to pay for resources like CPU and memory. It may happen that traffic is heavier on weekends or particular weekdays, or even for a few hours on a specific day, so having a static setup might cost more and not fully utilize system resources. Having a dynamic environment where applications can scale themselves reduces overall cost.

Note: For demonstration and proof-of-concept purposes, we are using Red Hat OpenShift 3.11 and Red Hat Fuse 7.4. Our aim is to display one of the OpenShift features (autoscaling), which is not available with traditional applications.

Follow the instructions in the official Red Hat Fuse documentation to set up Red Hat Fuse 7.4 on OpenShift. OpenShift should automatically increase or decrease the scale of a replication controller, or deployment configuration, based on metrics collected from the pods. To collect these CPU and memory metrics from your pods, the metrics server has to be installed on your OpenShift server to capture CPU and memory metrics from pods. Check out the Pod Autoscaling guide for how to do this using Ansible.

The code for this demonstration is available in my personal GitHub repository. Start by deploying this code to your OpenShift environment using the source-to-image (S2I) approach. First, select an application template from the OpenShift catalog. I selected Red Hat Fuse 7.4 Camel with Spring Boot, shown in Figure 1:

Figure 1: The OpenShift catalog with an application template selected.">

Next, point the Git Repository URL to the GitHub repository's link. In our case, this camel-twitter-shift component searches tweets with the keywords imcdemo, RED_HAT_APAC, or RedHatTelco. This component will poll Twitter for two minutes, which is configured with the delay property and other properties that are user-specific.

Now, point Git Reference to the branch containing the actual code. I set it to master, as you can see in Figure 2:

To get your consumerKey, consumerSecret, accessToken, and accessTokenSecret, register for the Standard API (which is free, though there are limitations) through the Twitter developer platform. After consuming tweets for keywords, we then log them to the console with the Camel log component:

We can set autoscaling for the fuse74-camel-twitter deployment config with the following command. Note that cpu-percent is set to 10, which means that as soon as CPU utilization is more than 10% for the pod, the application will scale new pods, with the maximum number of pods being five:

In Figure 3, the first red arrow points to the minimum and the maximum number of configured pods. The second arrow is the route with which we can access a pod from an external HTTP-based service or application. This setup is just to send HTTP traffic to the pod:

Next, let's get information from the horizontal pod autoscaler (HPA):

We can check OpenShift's GUI for the number of pods, as shown in Figure 4: 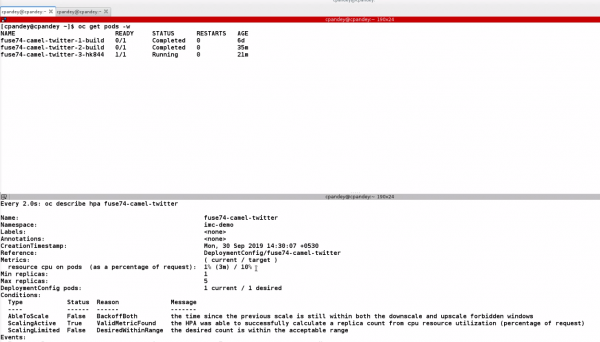 Figure 4: The number of pods as shown in the OpenShift GUI.">

However, I find the command line to be more informative, as at runtime it provides CPU utilization and the number of active pods:

You can find more on this command in the OpenShift Pod Autoscaling docs.

Simulate traffic to the application

To simulate traffic so that we can demonstrate the OpenShift autoscaler feature, there is another route that accepts HTTP requests. This route uses Camel's undertow component, which starts the undertow web container. This container listens on port 9956:

With the loop.sh script, we can send requests to this route in bulk. One can run this script in three or four terminals so that there is concurrent traffic, which would increase CPU utilization quickly. This script is part of the project as well:

See Figure 5 for the results in the GUI, and Figure 6 for the command-line version:

If we stop these scripts from executing, then CPU utilization returns to normal:

We can disable autoscaling with the following command:

That's it. I hope this demonstration helps you set up and use OpenShift's autoscaler feature with Red Hat Fuse applications, or any other application as well.