This article describes a new level of fortification supported in GCC. This new level detects more buffer overflows and bugs which mitigates security issues in applications at run time.

C programs routinely suffer from memory management problems. For several years, a _FORTIFY_SOURCE preprocessor macro inserted error detection to address these problems at compile time and run time. To add an extra level of security, _FORTIFY_SOURCE=3 has been in the GNU C Library (glibc) since version 2.34. I described its mechanisms in my previous blog post, Broadening compiler checks for buffer overflows in _FORTIFY_SOURCE. There has been compiler support for this builtin in Clang for some time. Compiler support has also been available for GCC since the release of version 12 in May 2022. The new mitigation should be available in GNU/Linux distributions with packaged GCC 12.

The following sections discuss two principal gains from this enhanced level of security mitigation and the resulting impact on applications.

The implementation of __builtin_dynamic_object_size in GCC is compatible with __builtin_object_size and thereby interchangeable, especially in the case of fortification. Whenever possible, the builtin computes a precise object size expression. When the builtin does not determine the size exactly, it returns either a maximum or minimum size estimate, depending on the size type argument.

The program runs to completion when built with -D_FORTIFY_SOURCE=2:

But the program aborts when built with -D_FORTIFY_SOURCE=3 and outputs the following message:

However, GCC with _FORTIFY_SOURCE=3 invokes __builtin_dynamic_object_size to emit an expression that returns the precise size of the buffer that buf points to at that part in the program. As a result, GCC realizes that the call to memset might not be safe. Thus, the compiler inserts a call to __memset_chk into the running code with that size expression as the bound for buf.

Building distribution packages with _FORTIFY_SOURCE=3 revealed several issues that _FORTIFY_SOURCE=2 missed. Surprisingly, not all of these issues were straightforward buffer overflows. The improved fortification also encountered issues in the GNU C library (glibc) and raised interesting questions about object lifetimes.

Thus, the benefit of improved fortification coverage has implications beyond buffer overflow mitigation. I will explain the outcomes of _FORTIFY_SOURCE=3 increased coverage in the following sections.

The discovery of bugs in glibc

The increased coverage of _FORTIFY_SOURCE=3 revealed programming patterns in application programs that tripped over the fortification without necessarily a buffer overflow. While there were some bugs in glibc, we had to either explain why we did not support it or discover ways to discourage those programming patterns.

One example is wcrtomb, where glibc makes stronger assumptions about the object size passed than POSIX allowed. Specifically, glibc assumes that the buffer passed to wcrtomb is always at least MB_CUR_MAX bytes long. In contrast, the POSIX description makes no such assumption. Due to this discrepancy, any application that passed a smaller buffer would potentially make wcrtomb overflow the buffer during conversion. Then the fortified version __wcrtomb_chk aborts with a buffer overflow, expecting a buffer that is MB_CUR_MAX bytes long. We fixed this bug in glibc-2.36 by making glibc conform to POSIX .

_FORTIFY_SOURCE=3 revealed another pattern. Applications such as systemd used malloc_usable_size to determine available space in objects and then used the residual space. The glibc manual discourages this type of usage, dictating that malloc_usable_size is for diagnostic purposes only. But applications use the function as a hack to avoid reallocating buffers when there is space in the underlying malloc chunk. The implementation of malloc_usable_size needs to be fixed to return the allocated object size instead of the chunk size in non-diagnostic use. Alternatively, another solution is to deprecate the function. But that is a topic for discussion by the glibc community.

One interesting use case exposed by _FORTIFY_SOURCE=3 raised the question of object lifetimes and what developers can do with freed pointers. The bug in question was in AutoGen, using a pointer value after reallocation to determine whether the same chunk extended to get the new block of memory. This practice allowed the developer to skip copying over some pointers to optimize for performance. At the same time, the program continued using the same pointer, not the realloc call result, since the old pointer did not change.

Seeing that the old pointer continued without an update, the compiler assumed that the object size remained the same. How could it know otherwise? The compiler then failed to account for the reallocation, resulting in an abort due to the perceived buffer overflow.

Strictly speaking, the C standards prohibit using a pointer to an object after its lifetime ends. It should neither be read nor dereferenced. In this context, it is a bug in the application.

However, this idiom is commonly used by developers to prevent making redundant copies. Future updates to GCC may account for this idiom wherever possible, but applications should also explicitly indicate object lifetimes to remain compliant. In the AutoGen example, a simple fix is to unconditionally refresh the pointer after reallocation, ensuring the compiler can detect the new object size.

The gains of improved security coverage outweigh the cost

Building with _FORTIFY_SOURCE=3 may impact the size and performance of the code. Since _FORTIFY_SOURCE=2 generated only constant sizes, its overhead was negligible. However, _FORTIFY_SOURCE=3 may generate additional code to compute object sizes. These additions may also cause secondary effects, such as register pressure during code generation. Code size tends to increase the size of resultant binaries for the same reason.

The future of buffer overflow detection

Object size determination and fortification remain relevant areas for improvements in compiler toolchains. The toolchain team at Red Hat continues to be involved in the GNU and LLVM communities to make these improvements. 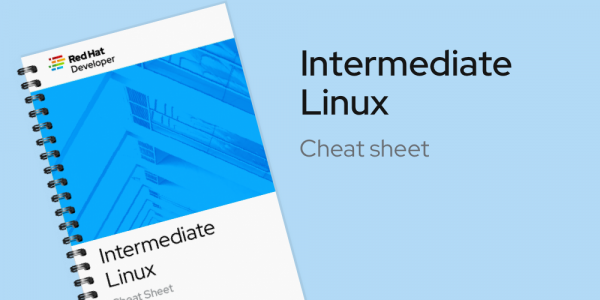