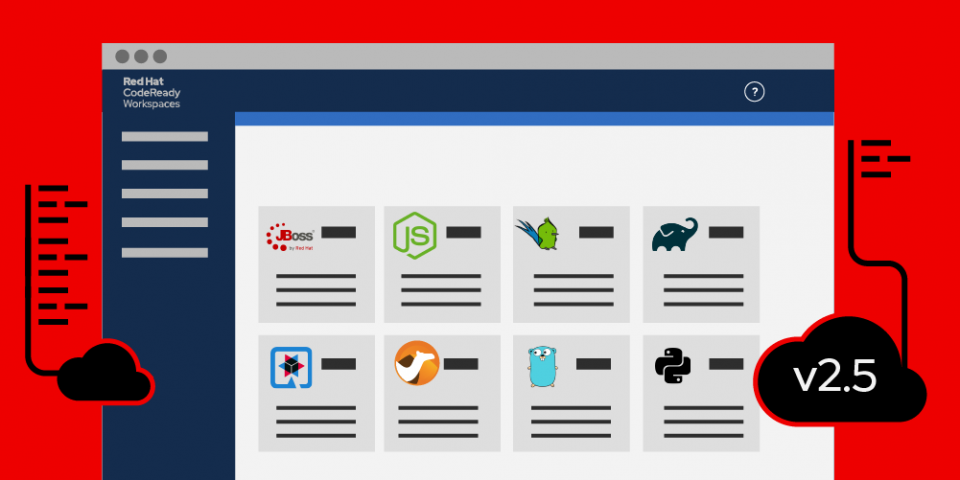 Single-host mode activates an exposure strategy with a subtype named gateway that uses a special pod with reverse-proxy running inside to route requests. When using the single-host strategy, all workspaces are deployed to subpaths of the main CodeReady Workspaces server domain. When you are in the single-host mode, you are not required to use wildcard Transport Layer Security (TLS) certificates.

We added support for OpenShift 4.6 in this release, including updating the embedded version of the oc command-line binary in sidecar images to OpenShift 4.6. Developers should note that the OpenShift 4.6 release includes a new way of creating and using Operators, which replaces the old method. See the OpenShift 4.6 Operator framework packaging formats documentation for more about Operators in OpenShift 4.6.

Note: See the CodeReady Workspaces 2.5 documentation for known issues and suggested workarounds in the CRW 2.5 release.