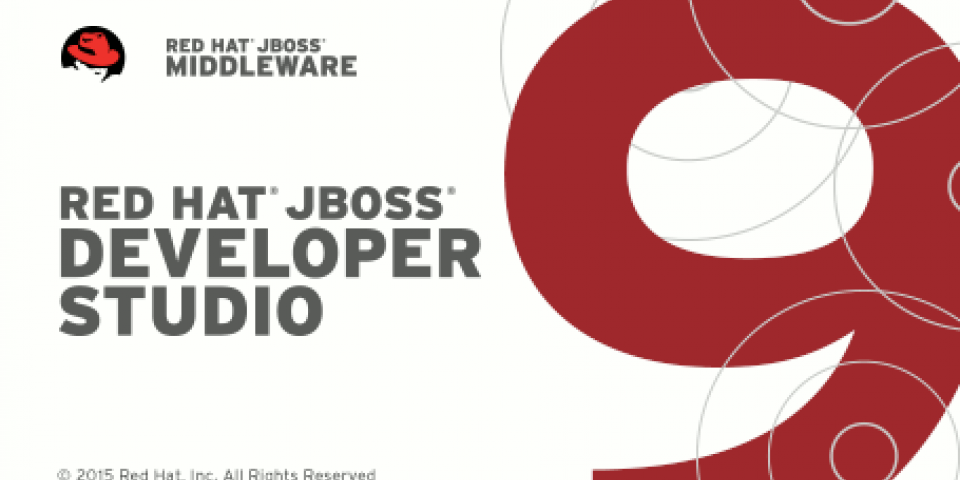 JBoss Developer Studio 9 for Eclipse Mars is now available for download.  Some advances include new Server Adapters, OpenShift v3 enhancements and more Docker functionality.   A new list of features can be found in the documentation but here is a list of highlights:

New server adapters for JBoss EAP 7 and WildFly 10 have been added to the toolset, allowing you to enjoy all the past benefits, but with all the newest runtimes. LiveReload monitors changes in the file system. As soon as you save a file, it is preprocessed as needed, and the browser is refreshed. Users can now launch LiveReload from the 'Quick Access' menu, or using the Ctrl+3 (or Cmd+3) keyboard shortcut.This will first display the dialog to create and start a LiveReload server. Then, this will open the current element (a selected file in the Project Explorer, a selected module in the Servers view or the content of the active editor) in the browser, without even having to use the 'Open With>Web Browser via LiveReload Server' contextual menu. JBoss Developer Studio 9 has made great progress in the OpenShift 3 Eclipse Tooling, but a few features are still missing, like deploying an existing workspace project, or editing existing build configurations. We are working on those and have some ideas to provide an even better OpenShift Explorer user experience.
OpenShift 3 tooling is provided as a Tech Preview feature, available from the JBoss Central Software/Updates page. Once matured, OpenShift 3 tooling will mature to a Supported feature in the upcoming months, and will then be installed by default in JBDS.
But despite the fact that OpenShift 3 is still in Tech Preview status in this release there are many improvements. Such as enhancements in the Application wizard or a link to the online documentation from the connection wizard for OpenShift 3. Hopefully that should help you get started with OpenShift 3 in Eclipse: Some additional docker features include: a new dialog to search and pull images, a new launcher to build images from a Dockerfile, and some improvements to the connection wizard (read more). In the updated JBoss Central page, you now have access to more than 200 project examples. All these examples and their dependencies can now be cached locally via the Groovy Offline script, available from Preferences > JBoss Tools >Project Examples > Offline Support.

New icon decorators in Docker Explorer View show the state of the docker containers. This makes it clearer if a container is running, paused or stopped. There is an updated Pull Image wizard which can be launched from the Docker Images view or from the Docker Explorer view (a new context menu entry is available on the connection node and on the Images node):

The wizard detects the tag in the image name and if none is specified, the image tagged latest will be pulled. If the user needs to search a specific image name, he or she can click on the Search…​ button which will open the Search wizard: followed by a second page that displays all the tags for the selected image.

Also added is a new launcher to build images from a Dockerfile.