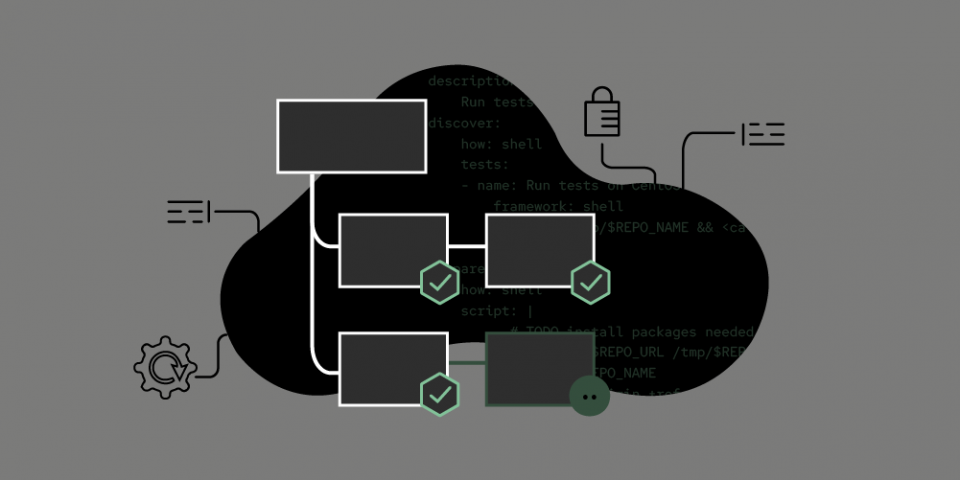 Testing Farm is an open source test system that makes it easier to run unit tests on your projects. A previous article, Test GitHub projects with GitHub Actions and Testing Farm, showed you how to use the framework. This article introduces a new GitHub Action named Testing Farm as GitHub Action, which is available on GitHub Marketplace and integrates your tests into a GitOps environment so that you can ensure that tests are run at key points during development.

Testing Farm is a service maintained by Red Hat, and is currently available to internal services, Red Hat Hybrid Cloud services, and open source projects related to Red Hat products. Any kind of test described with a Test Management Tool (TMT) plan can be executed. Your testing environment can be Red Hat Enterprise Linux, Fedora, CentOS, or CentOS Stream.

We recommend that you read the previous article before this one to learn how Testing Farm works and how it fits into the development cycle.

About Testing Farm as GitHub Action

Testing Farm provides a common interface to many types of tests and makes it easy to run them in a uniform manner, but it's still the developer's job to schedule the tests. With Testing Farm as GitHub Action, you can decide at what points in your development cycle (creating, checking or merging a pull request (PR), etc.) you want to run tests, and have them run automatically by GitHub.

Note: In order to avoid running malicious code on the Testing Farm infrastructure, it is important to have the tests reviewed by an authorized person.

The Action can be used by developers, maintainers, or anyone else who wants to test a repository located on GitHub. We recommend that, to make sure unauthorized code doesn't run in a testing environment, you allow only members and owners of a repository to use the Action.

Testing Farm as GitHub Action is highly configurable, but all the variables have defaults except the following, which must be configured by the user:

To obtain your API key, send an email to tft@redhat.com as described in Testing Farm's onboarding documentation.

Here's a minimal example of what it would look like to use Testing Farm as GitHub Action on a repository that you have checked out:

All other input values are optional. They fall into the following groups:

More information about the inputs can be found at the Action's GitHub repository.

Each run of Testing Farm as GitHub Action returns two outputs: a req_id and a results_url. You can combine these values to obtain a URL pointing to a log. Test logs and test results from the Testing Farm are collected here in text form.

Optionally, if the event that triggers Testing Farm as GitHub Action is related to a PR, the user can enable a PR status update. This update places a summary of test results in a graphical form directly in the PR. By default, test results are displayed as a status using the GitHub statuses API. Figure 1 shows sample output.

The following configuration runs tests when a PR is created on the repository. (You can find the full example YAML file in the software collections GitHub repository.) This configuration follows the recommendation that the person running the tests must be an owner or member of the repository:

The Action checks out the repository and switches to the branch of the PR branch:

Now you can schedule tests on Testing Farm using the GitHub Action:

Testing Farm as GitHub Action lets you avoid the tedious work of setting up a testing infrastructure, writing a lot of GitHub Action workflows, and handling PR statuses. With just a TMT test plan and an API key, you can get access to a whole testing infrastructure that will meet your needs. Various processor architectures and Linux distributions are available as testing environments.

To get started, all you need is to request an api_key from the Testing Farm team, write a simple GitHub workflow, and use the Action.

Your tests are triggered by an event you specify in the configuration file. Logs and results from test execution are collected, reported, and stored in text form and optionally also transparently displayed in the PR status. Testing Farm as GitHub Action makes it easy to test project changes as soon as possible before your project goes to real customers.

If you want to learn more about how GitOps can transform your workflow, check out Getting Started with ArgoCD and OpenShift GitOps Operator, a hands-on lab from Red Hat Developer.