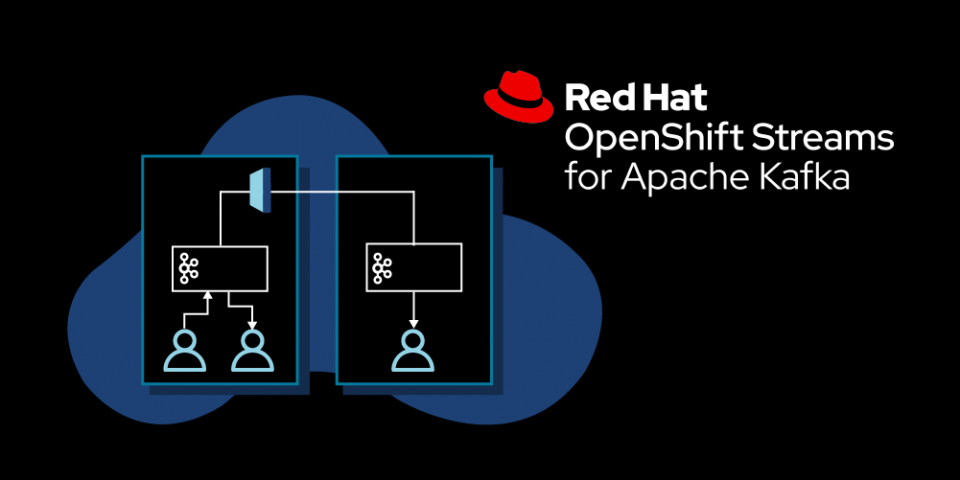 Internet of Things (IoT) devices typically produce a lot of data, and Apache Kafka is a great tool for streaming that data. This article introduces Drogue IoT, a set of APIs and management tools that work with Kafka. You'll learn how to set up a Drogue IoT application using Red Hat OpenShift Streams for Apache Kafka.

Getting started with IoT is a fairly easy learning curve. Most developers use the MQTT protocol for device-to-cloud communication, but CoAP is also an option, and some even use HTTP.

Drogue IoT can help you keep your IoT experience simple while allowing it to grow with your use case. The Drogue project offers Drogue Device for managing your devices and Drogue Cloud to handle data on the backend.

On the cloud side, Drogue Cloud offers IoT-friendly APIs and uses the power of the cloud to handle the workload. The device management service allows you to register devices and distribute credentials in a scalable way through a web console or a REST API.

A core function of Drogue Cloud is to normalize IoT connectivity. Events that devices send messages to through any of the supported protocol endpoints (MQTT, CoAP, or HTTP) end up as CloudEvents messages in Kafka, ready for cloud-side applications to consume. And while those applications can directly consume from Kafka topics, it is also possible to use MQTT or WebSockets for that purpose. Figure 1 illustrates an IoT connectivity architecture with Drogue Cloud.

Use Drogue Cloud with OpenShift Streams for Apache Kafka

Apache Kafka is an ideal event streaming platform for IoT applications. The amount of data a single device sends might not be overwhelming, but if you are successful and scale up, you will need the high capacity of a tool like Kafka for the combined output of all of your devices.

Kafka is a core part of Drogue Cloud's underlying infrastructure, and Strimzi, the Kafka operator, is installed by default. This allows the device registry to provision Kafka topics as needed.

Using Strimzi puts you in charge of maintaining the Kafka instance in your Drogue IoT infrastructure, however. If you want to write applications to the IoT-friendly APIs for Kafka, but not manage the Kafka instance yourself, you could use OpenShift Streams for Apache Kafka instead.

Set up a managed Kafka cluster

First, you need to create a new managed Kafka cluster. You can easily do this with the no-cost OpenShift Streams for Apache Kafka service.

Next, you will create a new Kafka instance, using the dialog shown in Figure 2. Note that provisioning the new instance might take a few minutes. 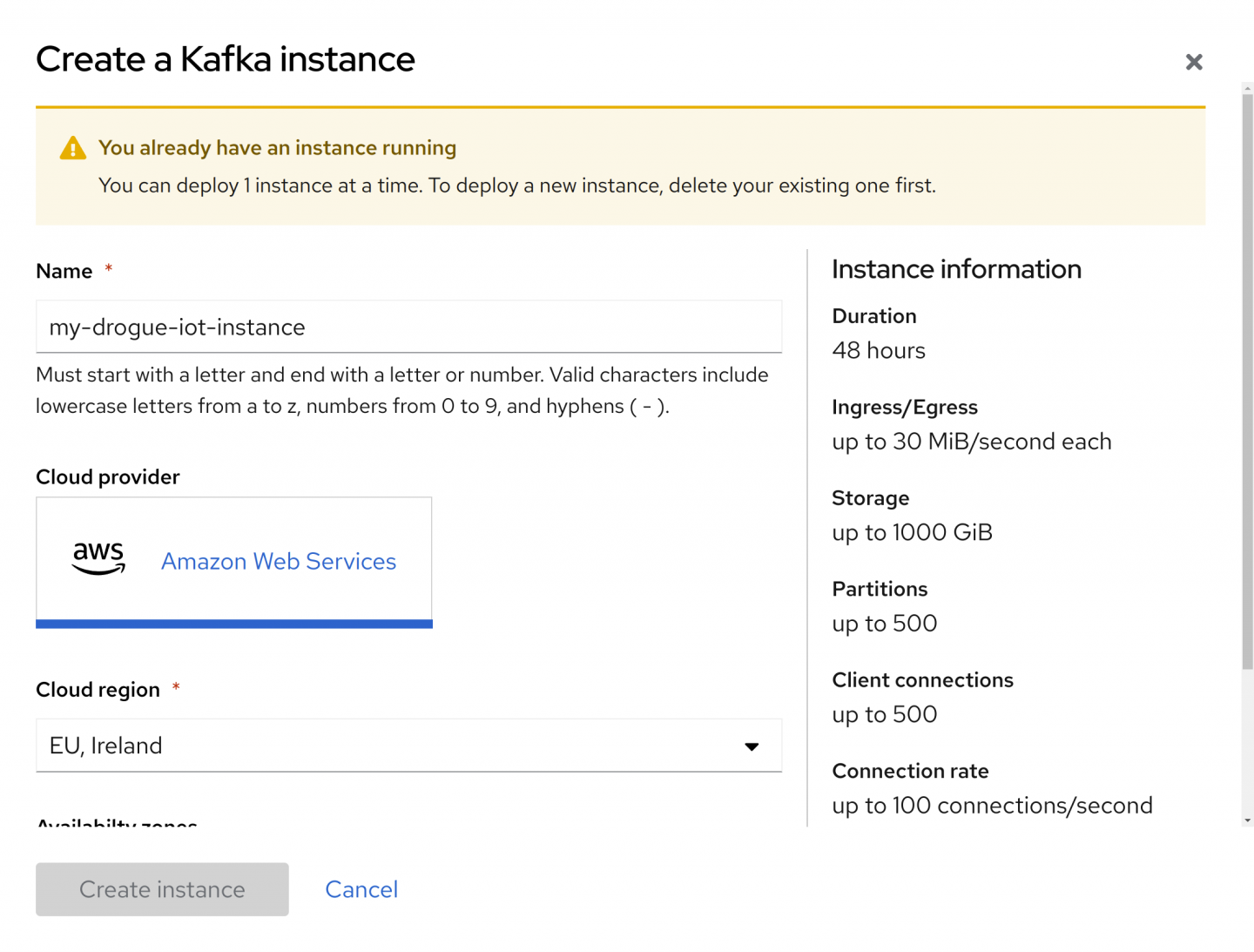 Figure 2. The user interface allows you to create a Kafka instance and assign a name.

Be sure to write down the client ID and client secret for later use. If you lose them, you can reset them, but in that case you would also need to reconfigure the Drogue Cloud instance.

When you are done, check the I have copied the client ID and secret checkbox and close the dialog.

Next, create two Kafka topics manually, naming them iot-commands and registry. The first topic is for commands that should be sent to devices. These are short-lived messages where you don’t need a long retention time. The second topic is for change events coming from the device registry. These events are needed for the operators to perform additional changes, based on changes in the device registry. Unless you want to use those events in an additional use case, they are also short-lived, because the operators act on them immediately.

In order to create these topics, navigate to your Kafka instance, switch to the Topics tab, and click the Create button. This will take you to a wizard, shown in Figure 4, to aid you in creating each topic.

Enter the topic name and press Next. Keep the defaults for the following steps, then press Finish when you reach the last step, as shown in Figure 5. 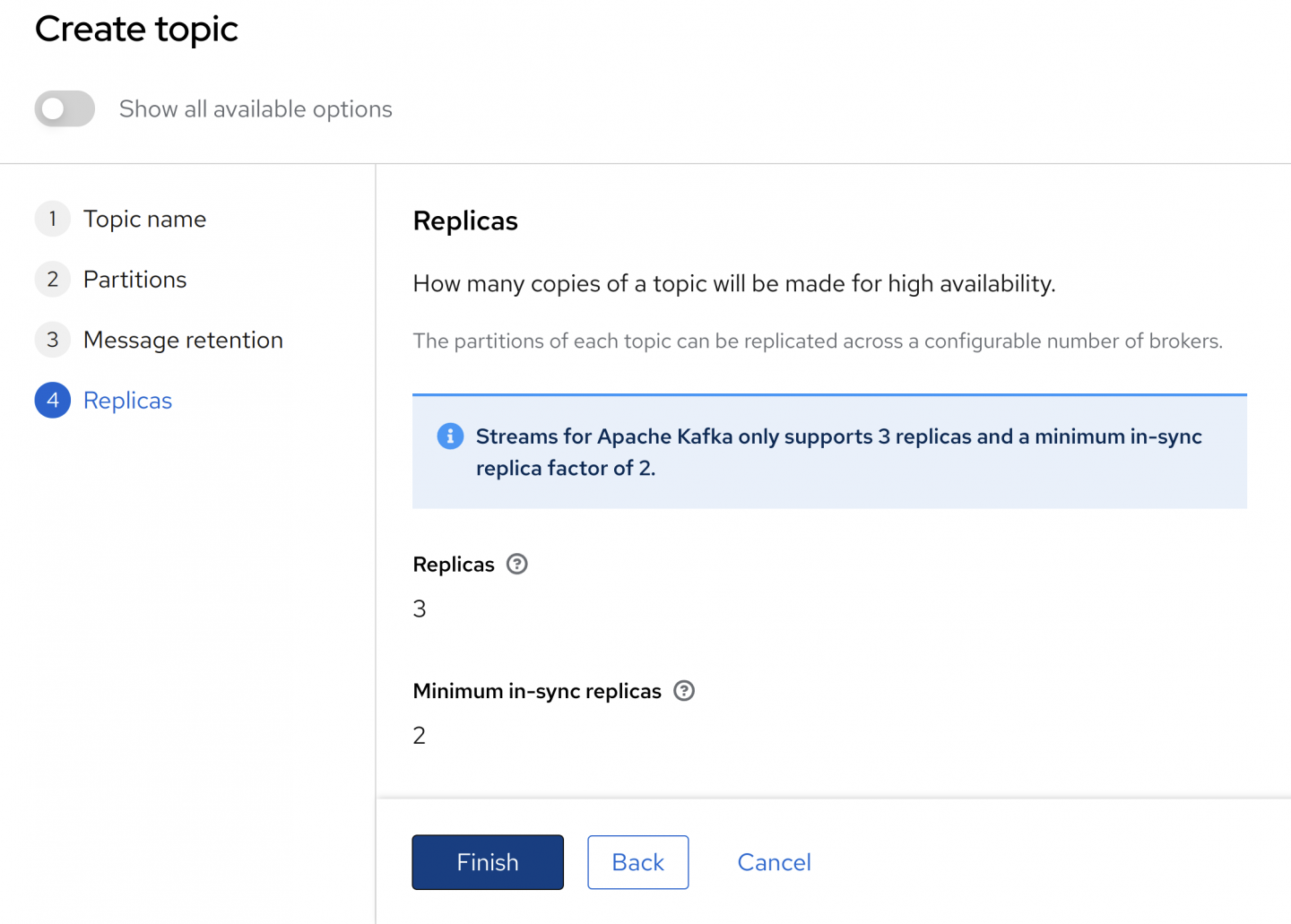 Figure 5. After you enter all the information or accept the defaults for the topic, press Finish to create it.

Now, you need to grant the service account user access to the resources. Be sure to apply the permissions in Table 1 in addition to the default ones. 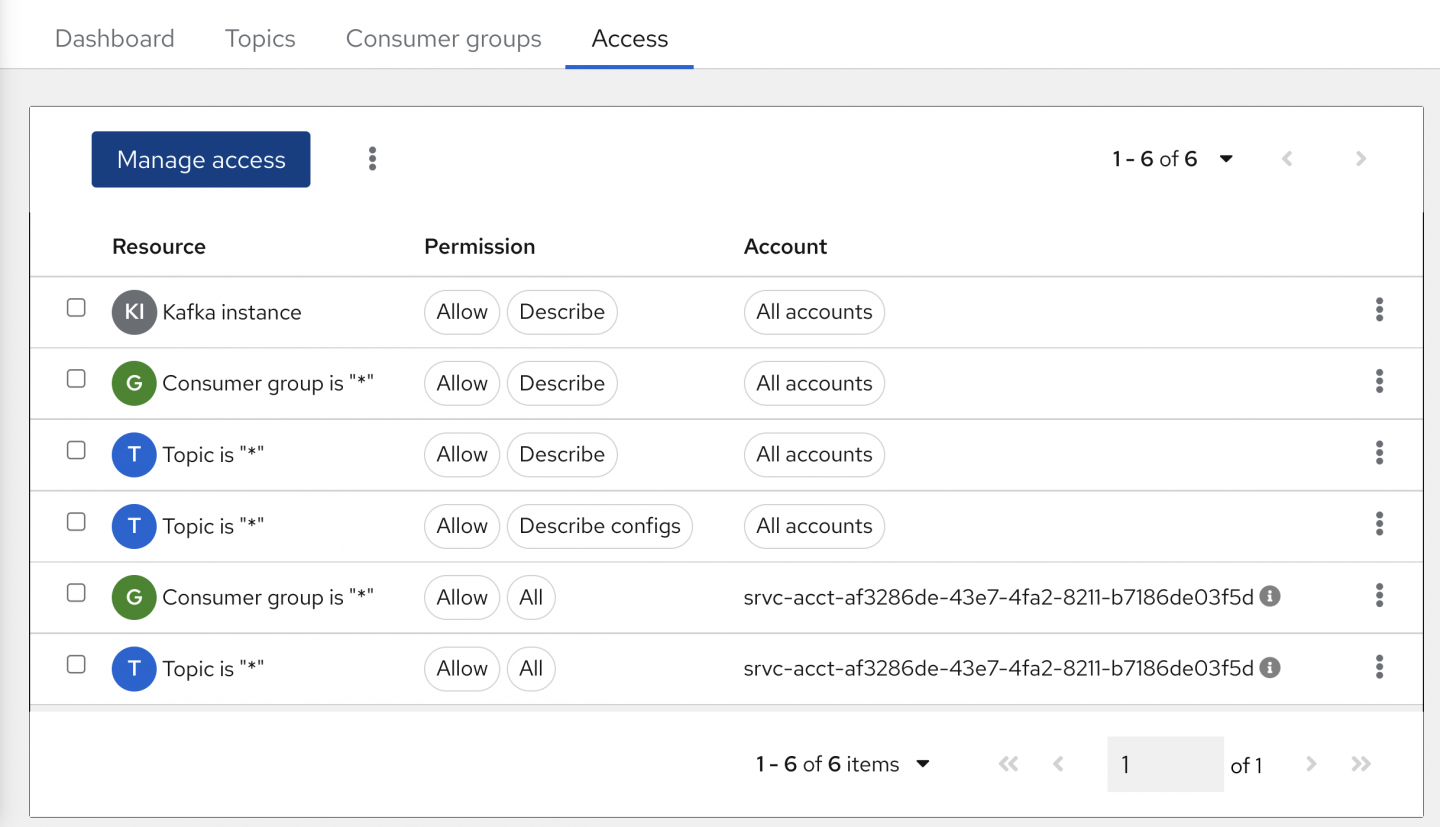 Figure 6. The console shows the permissions assigned in the Kafka instance.

Get the connection information

Finally, you need to get the connection information for your Kafka cluster. Click on the small menu at the top-right side of the page, as shown in Figure 7.

Figure 7. Connection information can be found in the console in the menu at top right.

Switch to the Details view, shown in Figure 8, and note the value for the Bootstrap server. 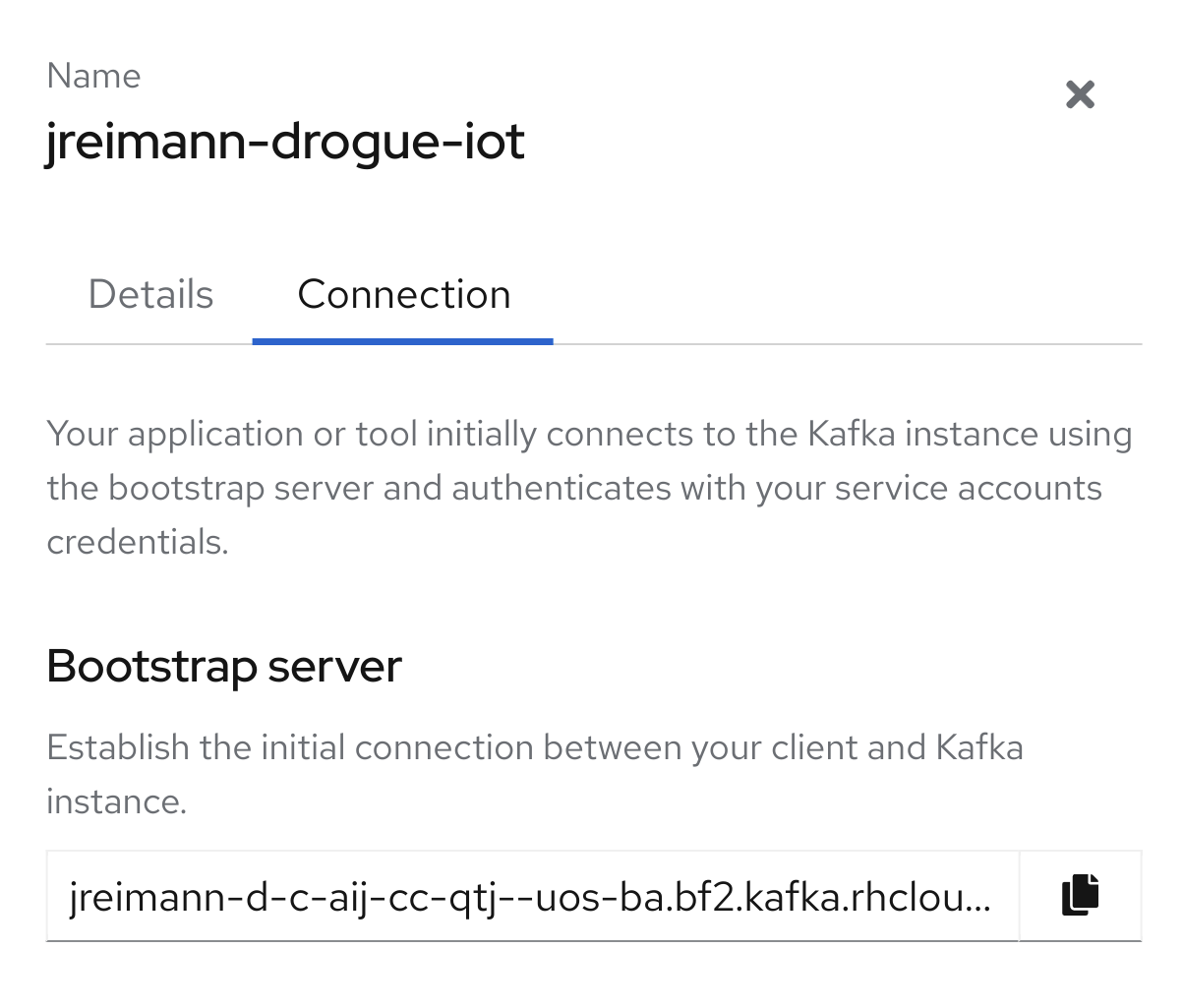 Figure 8. Connection information for the bootstrap server is shown in the console.

The bootstrap server most likely has a port number of 443. Traditionally, Kafka uses a different port number and port 443 is used for HTTPS. But 443 works here because TLS is being used to communicate with the Kafka cluster, and this endpoint is routed to the Kafka server internally.

With that, you have all the information you need for your managed Kafka cluster. You will pass that on to the Drogue Cloud installation in the next section.

You can install Drogue Cloud on any Kubernetes cluster. Using Red Hat OpenShift makes installation easier, but you still need to take care of load balancers and certificates. Another option is the Drogue Cloud all-in-one binary, which you can use to test certain functionalities outside of any cluster-style system. However, this binary also lacks a few bells and whistles.

For a relatively easy way to try out Drogue Cloud in a production-like environment, we recommend using Minikube or Kind on a local machine. We offer ready-to-go installer packs for both configuration tools.

Normally, you would then just run:

However, in this case, you need to pass in some extra information to the underlying Helm charts, so that you direct it to the managed Kafka instance.

Although you can pass in all the values using arguments to the script, that might get complex on the command line. So, enter the values in the following Helm values file, naming it values.yaml:

Then, run the installer using:

It will take a bit of time until the containers spin up. Once they are functioning, login information is printed on the console. You can then run the following command to show you a few examples of how to simulate a device publishing data:

Give it a try, and maybe take a look at the Grafana dashboard showing the simulated temperature readings.

Drogue IoT simplifies IoT management by routing all device-to-cloud messages through a managed Kafka instance. Drogue IoT also routes change events in the device registry, such as when a new device is created. And while using managed Kafka to test Drogue Cloud can be pretty convenient, Drogue is a great candidate for production workloads, too.

Drogue IoT can easily add IoT-friendly APIs to your managed Kafka instance. Because it relies on CloudEvents, adding Knative serverless functions is straightforward. And of course, you can also consume the data on the cloud side using MQTT.

If you want to learn more, need some help, or want to contribute, please check out the Drogue IoT homepage or reach out to us in our Matrix channel.