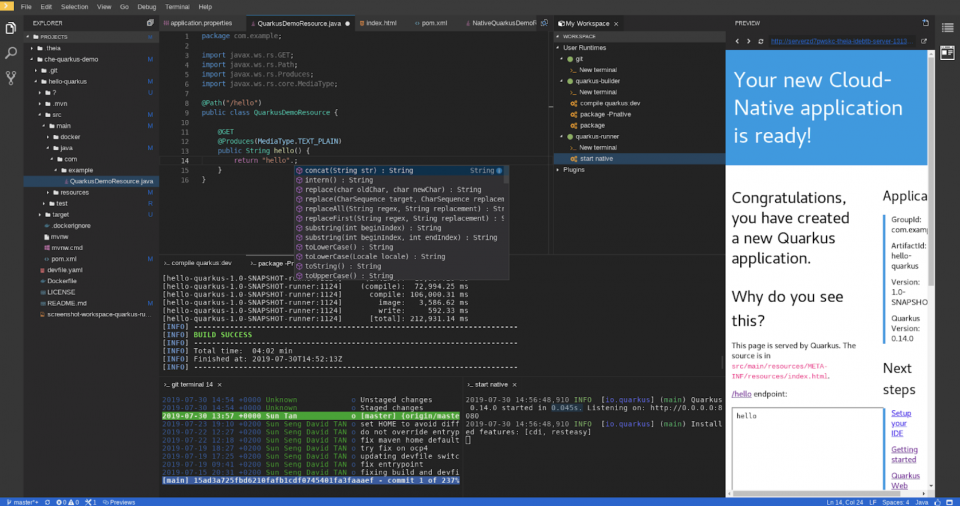 Today, the Eclipse Foundation announced the release of Eclipse Che 7, the Kubernetes-native IDE, enabling developer teams to code, build, test, and run cloud-native applications. We are excited by this announcement and the new capabilities that this version offers the community and developers building containerized applications. You can learn more about Eclipse Che 7 release on the following release note blog post.

Eclipse Che can be deployed on public K8S clusters or installed on-premise, behind your firewall.

Che allows managers to establish the configuration of their team’s development environments, define technology stacks and IDE tooling, and provide their team with resources that surpass the limits of a laptop, all while securing access to source code.

Running on Red Hat OpenShift, Eclipse Che allows developers to code on their applications exactly the way as they are running on production. Eclipse Che 7 is compatible with OpenShift starting at version 3.11.

The integration in the future is going to become more and more seamless, allowing developers to benefit from on-demand developer environments for their applications directly from the OpenShift Developer Console (coming with OpenShift 4.2).