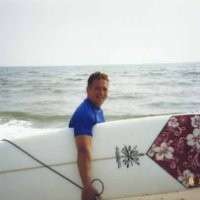 After reading the previous blog post in this series, "Containers, Kubernetes, microservices: Start here", you're now ready to build your first "Hello World" application and run it in a container. For this, we'll be using Java with Spring Boot.

We'll create a file called "Dockerfile" that contains the steps and information needed to build an image. The build process is done in layers, with the starting point typically being an operating system or, more likely, an OS and framework combination. For example, you need maven and the Java JDK installed. So it's pretty common to start from that point. You can -- and there might be good reasons for this -- start with the operating system and then install the framework all inside your image as you build it. You can also do just that -- start with an OS and add a framework -- and save that image and use it as your base for other images. Yes, like any IT technology, you can make this as simple or as complicated as you like. We'll start with an OS+Framework combination to keep things simple. We'll then copy our code in the image, then run mvn clean package to build our application. Finally, we'll give the image a command to be executed when someone runs the image in a container. The following file, "Dockerfile" (which I lifted from my colleague Doug Tidwell's Coderland serverless project), does those things: FROM maven:3.5-jdk-8-alpine as builder WORKDIR /app COPY pom.xml . COPY src ./src RUN mvn clean package -DskipTests FROM openjdk:8-jre-alpine COPY --from=builder /app/target/helloWorld-*.jar /helloWorld.jar ENV PORT 3333 CMD ["java","-Dserver.port=${PORT}","-jar","/helloWorld.jar"]

To build the image, run
podman build -t hello-world-java .
Note that a fast internet connection really pays off here, as layers (images or binary code) are being downloaded to your build machine. If an image already exists in your build machine cache, the download is bypassed.
To run the image (again, we'll dive into this later), run
podman run -p 3333:3333 hello-world-java
Finally, open a second terminal window and run
curl http://localhost:3333
You should see "Hello World!" as the result.

maven:3.5-jdk-8-alpine as builder
This is the builder image, a temporary image that contains the bits we need to build our solution.
WORKDIR /app
This simply establishes a working directory inside your image.
COPY pom.xml .
COPY src ./src
Copies files we need to the image.
RUN mvn clean package -DskipTests
Builds the solution inside the image.
FROM openjdk:8-jre-alpine
This is your base image, the starting point. In this case, it’s the official openjdk image and uses Alpine Linux as its base. That means we don’t have to install any framework; it’s already included with this base image. In case you’re wondering, it’s 85MB on my Mac.

COPY --from=builder /app/target/helloWorld-*.jar /helloWorld.jar
Copies the compiled bits into the image.
EXPOSE 3333
Exposes the application port, 3333, to the outside world.
CMD ["java","-Dserver.port=${PORT}","-jar","/helloWorld.jar"]
This is what runs when the image is started (i.e. podman run or docker run)

Running the podman run -p 3333:3333 hello-world-javacommand starts the image in a container. It code uses port 3333, and it is mapped to the local port 3333. Feel free to experiment with this. It will be attached to your command line; that is, it ties up your terminal while it’s running. You can eliminate this by using the --detach option in your command. In that case, the container runs in the background. You can see the results of the code by running the curl command or opening your browser to http://localhost:3333.

So  you know have all the knowledge and tool necessary to run your Java code in a Linux container. Expanding this knowledge to include multiple instances of an application, and/or multiple applications in a cluster, is for the next blog post.