Cheers to 10 years of the Red Hat Developer blog 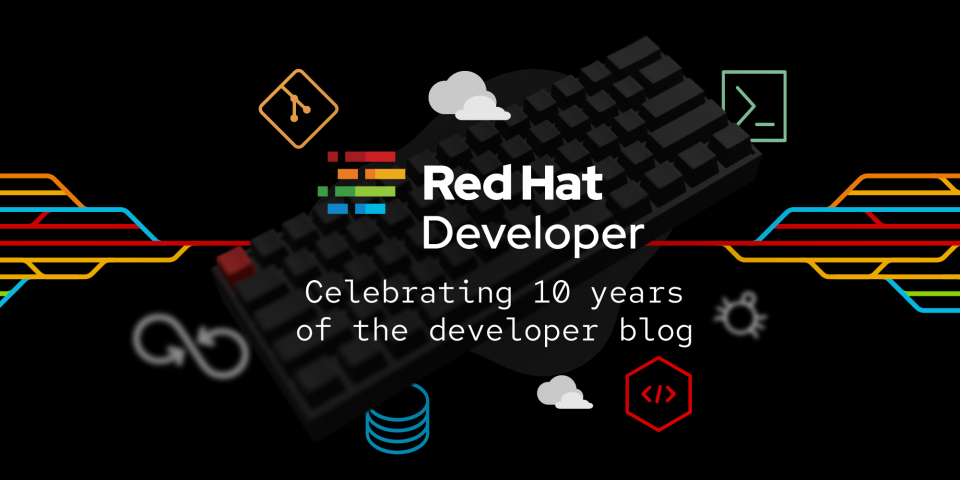 I was excited and amazed to learn that the Red Hat Developer blog is celebrating its tenth anniversary this month. It's come so far, but let me share how it all started.

In 2012, there were plenty of Red Hat-sponsored blogs for community projects, but nothing that covered our products from an application development perspective. So management came to me and said, “Hey Mike, we need a developer blog. We know you've never done one before, but have at it.”

The good news was that I knew what a blog was (and could even spell it). Fortunately, Kimberly Craven had just joined Red Hat and was able to get the new blog set up. From there, the challenge was finding good content—and a lot of it.

Around the same time, Langdon White (who's now a Boston University lecturer) joined Red Hat and started writing articles while I recruited 28 other Red Hatters to contribute. The very first article was published on January 21, 2013, followed by another 90 or so that first year.

I'd like to say it was my great selling skills that persuaded so many people to write a blog that first year—but it was probably the free hoodie that closed the deal. A free Red Hat jacket also helped motivate new contributors to publish three articles. I still have the jacket and the hoodie with this on the back:

A bit cheesy at the time, but it was voted on by the contributors. (Lesson learned: Some things should be left to professionals).

Year 2 began with an excellent base of contributors who were now wearing “stylish” Red Hat outerwear. Then peer pressure took over: Those contributors' teammates, desiring to be part of the in-crowd with cool wardrobes, joined in with submissions of their own. Content and readership grew. Rinse and repeat.

Looking back, here are my top five picks from the past decade:

Congrats and thanks to the authors, who have earned their bragging rights.

I ran the Red Hat Developer blog for the first three or four years, and then I ran it again for a couple of more later on. So, I guess I reared this child for about half its life. It appears that this is my 305th article for the site, and I hope you've benefited from some of them.

Many thanks to the hundreds of Red Hat Developer contributors over these ten years, as well as the millions of readers.

Top Kubernetes and OpenShift resources of 2022

Building and delivering modern, innovative apps and services is more complicated and fast-moving than ever. Join Red Hat Developer to solve problems, connect with colleagues, and discover what's next.