New HTTP clients, a Java generator, and more in Fabric8 6.0.0 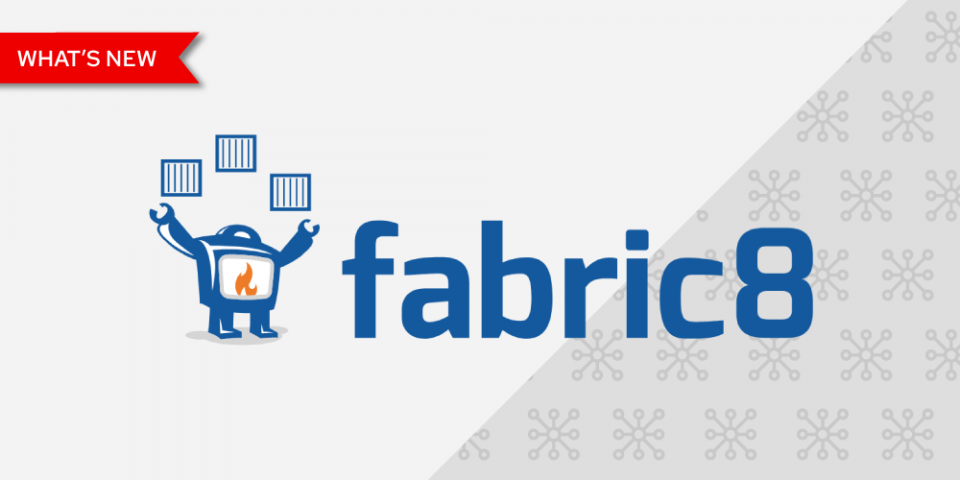 The Fabric8 Kubernetes client has been simplifying Java developers' use of Kubernetes for several years. The 6.0.0 release represents a major body of work spanning about five months of effort in both the core of the project and in related utilities.

This article takes a look at new features and other important changes in the Fabric8 Kubernetes client, including:

How to get the new Fabric8 Java client

You can find the most current Fabric8 Java client release on Maven Central. To start using the new client, add it as a dependency in your Maven pom.xml or Gradle build file. For Kubernetes, the dependency is:

Or for Red Hat OpenShift:

The sections below on the new HTTP clients API refinements will help you understand the new choices you have in your Fabric8 client dependencies.

And for your future Fabric8 Kubernetes client needs, please use the snapshot releases being published to Maven Central.

The feature work of the Fabric8 client has been driven by a diverse set of needs with an eye towards compatibility and continuity for existing users. So while the changelog and migration guide may be lengthy, we expect that your upgrade process will be mostly seamless.

With some refinements to the HTTP client API introduced in 5.x, we were able to create a JDK and an Eclipse Jetty client implementation. A Vert.x client is still in the works.

This means you can choose the client that is best suited to your needs—which could be one that is already being used in your project. You won't be locked into additional OkHttp dependencies unless you want to be.

Kubernetes is still a world dominated by Go tools and operators. When using the kubernetes-client, you often have to deal with externally defined (and generated) Custom Resource Definitions (CRDs). So far, the extensions available for Fabric8 have partially closed the gap by offering typed Java representations for some common use cases. In the 6.x release, we are introducing a full blown Java generator capable of automatically extracting fully typed Java representations from arbitrary YAML/JSON CRDs. You can check some examples of the generated code here.

The tool can generate Java classes annotated with lombok and sundrio annotations in order to provide a seamless API and user experience when using those.

Whether you want to easily and quickly interact with Java code with an external CRD, or you want to go down the path of full contract first development in your Operator, the Java generator is the instrument you are looking for.

Eager to start? You can find detailed instructions on how to use it in the official documentation.

Most operations are performed on a resource. The Fabric8 5.x APIs could make dealing with existing KubernetesResource objects a little cumbersome when it came to obtaining the resource. It was quite common to do something like this:

In 6.0, several issues have been addressed, including #3407 and #3973, that make it possible to obtain the Resource directly:

There are other places to directly get resources. For instance, all of the following return a Stream>:

Using any of these, you can implement composite operations easily with lambdas:

Related to these changes are the cleanup and deprecation of many common operations. For example, imagine a scenario where you used both withName() and a resource to perform an operation:

This was potentially confusing in that there was an extra check to make sure that the name specified in withName() matched the name of the KubernetesResource passed into replace(). With 6.0, you should instead perform the operations on the resource:

The 6.0 update has gone went beyond simply adding a few new things into the domain-specific language (DSL). The DSL has now been split from the implementation and has been cleaned out of anything that seemed unnecessary.

This split also required us to make direct use of the default clients; DefaultKubernetesClient and DefaultOpenShiftClient have been deprecated. You should transition to using the KubernetesClientBuilder instead, which you will be required to use if you have just the API module as a compile time dependency.

This refactoring allowed us to clean up some of the details of how the client extensions are implemented. They now only have a compile dependency on the kubernetes-client-api, so you may notice a few changes if you use or further extend an extension such as Camel K, Istio, cert-manager, etc.

Finally, we took this opportunity to remove or collapse a lot of the interfaces that were used to make up the DSL. Most users, who are using fluent style calls, won't notice these changes as the operations are still there. However, if you created an intermediate variable at some point in the method chain, that particular class may no longer exist; for example, EditReplacePatchDeleteble is no more. In that case, you'll have to update the type or use var instead.

The integration testing utilities used by the Fabric8 project were refined and exposed for general use as a JUnit 5 extension in a new kubernetes-junit-jupiter artifact. The new module offers a highly declarative set of annotations that you can use to simplify your project's test setup and execution against an actual Kuberentes cluster.

As described in issued #4054, this module allows you to configure your tests like so:

The extension takes care of creating a temporary namespace and injecting a KubernetesClient instance preconfigured to use that namespace. In addition, the new extension provides an annotation to load and delete Kubernetes manifests before and after the test suite execution, along with two annotations to restrict the test execution to specific cluster versions, or support for specific Kubernetes resources.

Deprecations and other important changes

Since this is a major release there was quite a bit of legacy removed or deprecated, and there are various breaking changes. This section will cover some of the highlights, but please see the migration guide for a full list.

Fabric8's development team consists mostly of Java developers, so a Java developer's perspective heavily influences this client. If you want to work with us, please don't hesitate to join our community. There are a few ways to get involved with the development of the Fabric8 Kubernetes Java client: