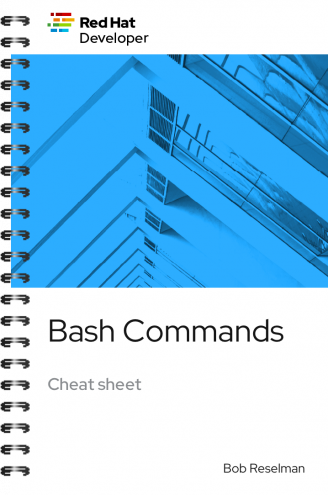 Bash is a command language interpreter: a version of the classic Unix shell with many enhancements. Bash is the default shell installed on GNU/Linux distributions and many other Unix-style systems, such as macOS.

Although most developers have a working knowledge of Bash for everyday interactive use, few know the rich features it offers for writing scripts. It supports most of the statements that other languages provide, such as indexed and associative arrays, foreground/background task execution, pipes, redirections, loops, functions, and Boolean expressions.

Download the Bash Commands Cheat Sheet to get started with Bash scripting. You’ll learn how to:

A while loop runs continuously until a certain condition is met. The following code uses the less then or equal to symbol -li to run a loop until the counter variable x reaches the number 5.

Copy, paste and run in your terminal:

Copy and paste the following code to create and run a Bash script that demonstrates a while loop.

Reporting success and error in a Bash script is accomplished using status codes. By convention success is reported by exiting with the number 0. Any number greater than 0 indicates an error. Also, there is a convention for error numbers that is explained in the article Bash command line exit codes demystified.

The following demonstrates a Bash code that returns an error code 22 when the script is executed without a parameter.

Copy, paste, and run in your terminal:

Copy and paste the following code to create and run a Bash script that returns an error code when the script is executed without a parameter.