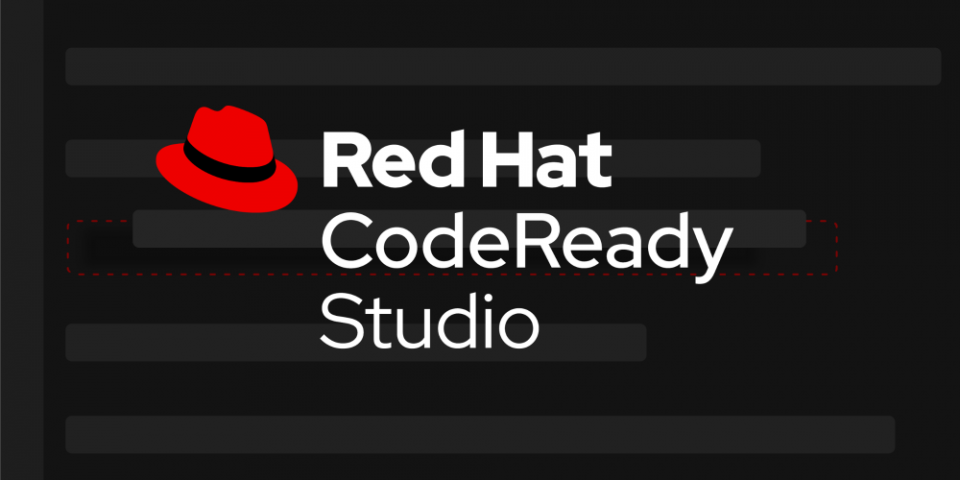 Red Hat CodeReady Studio will reach end of life on April 19, 2022. The project is transitioning to community development and support as part of the JBoss Tools project. This article breaks down all the information you need to know along with the future roadmap.

What is CodeReady Studio?

Red Hat CodeReady Studio is a fully bundled Eclipse IDE that includes the majority of JBoss Tools, a set of plugins for Eclipse that complements, enhances, and goes beyond the support that exists for JBoss, along with related technologies in the default Eclipse distribution. CodeReady Studio also includes all required dependencies and third-party plugins.

CodeReady Studio has empowered application developers with a broad set of tools and capabilities. CodeReady Studio supports the full development lifecycle and a wide range of application runtimes and frameworks that can help you easily create new cloud-native microservices or iterate and improve upon your existing applications, such as Java with Quarkus and Node.js. The project supports Eclipse-based developer tools for building service-oriented architecture (SOA) and Web 2.0 applications on Red Hat's integrated platforms, including Red Hat Enterprise Linux and Red Hat JBoss Enterprise Application Platform

CodeReady Studio was first released in March 2007. It has been a widely used and highly successful product shipped by Red Hat and used by customers with positive feedback.

After nearly 15 years of availability, Red Hat will be ending support for version 12 of CodeReady Studio on April 19, 2022 (Figure 1), turning the project over to the JBoss Tools community.

Going forward, support for all the application runtimes and middleware tools shipped with CodeReady Studio will be available through the JBoss Tools projects. JBoss Tools will have the same set of Eclipse-based plugins, but without Red Hat branding or official support. Developers can take advantage of upstream community support.

Red Hat is committed to bringing great products to market that meet our customers' short-term and long-term needs. Thus, from a user perspective, nothing will change in the functionality of the supported set of plugins, and continuous active development will be supported by Red Hat.

For any enterprise customer who has questions about this announcement, please reach out to your Red Hat representative or contact Red Hat Support.

The JBoss Tools community is proud of its product and will continue maintaining and adding features to the plugin. (This community is made up mostly of the same people who supported and built Red Hat CodeReady Studio.)

How to download and install the last release bundle

CodeReady Studio shipped its last release, 12.21.3, on Feb 7, 2022. It is available on the official CodeReady Studio download page. Users and customers can download the binaries of the old releases there. For any new releases, patches, and features, all the supported plugins will be available via the JBoss Tools website.

We know that users will have many questions around the end of life and future scope of this project, so we have prepared the following FAQ to answer them. If you need more information or have any specific requests, please reach out to the upstream JBoss community on GitHub, where we would be glad to take it forward.

You can find official information here:

Thanks again for being a Red Hat customer. We look forward to achieving great things together!