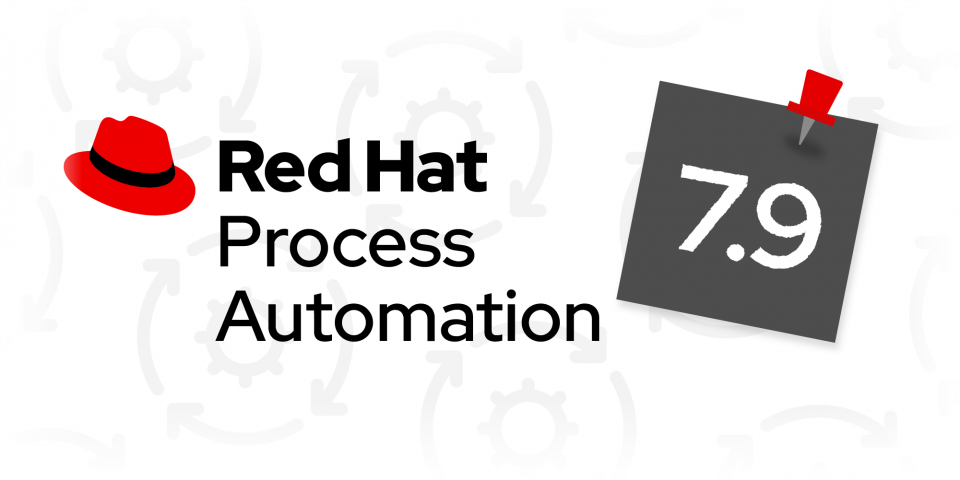 As part of our effort to improve the integration between Process Automation Manager and Red Hat AMQ Streams, we've introduced a new Kafka task to the 7.9 release. As shown in Figure 2, the WorkItemHandler task allows you to emit events to a Kafka topic running in a Kafka broker.

This new Kafka task ensures that messages are delivered to the Kafka topic before reaching the next node. The task uses the same retry/rethrow engine mechanism that handles errors in other tasks.

WorkItemHandler comes with three String input data assignments by default: An event key, the topic name, and the value you want to send in the event. For output, the task uses a default String type of result.

This release introduces a new drools-metric module for identifying performance bottlenecks in business rules. Once you've found the bottlenecks, you can adjust your rules implementation to improve performance.

The Drools rules engine uses the Phreak algorithm to validate facts in working memory against business rules. Adjusting the business rules syntax in your code can significantly increase Phreak's performance.

In the next section, I will show you how to use the drools-metric module and ReteDumper helper class to discover faulty syntax. We'll use an example from the MetricLogUtils GitHub repository for the demonstration.

To start, you can use the ReteDumper helper class to output the time spent in each Phreak node so that you can see how many times a node is activated. The screenshot in Figure 3 shows an example of ReteDumper's output.

By logging the data in this output, you can find abnormal results like the ones shown in Figure 4.

The Collect expensive orders combination rule, which I have highlighted in red, is associated with a slow Phreak node. The eval condition, highlighted in blue, causes too many join combinations during rules evaluation. Coupled with performance tuning, this type of data analysis can improve a rule's execution time from 1,524 microseconds to as low as 112 microseconds. Let's run through an example use case from the MetricLogUtils GitHub repository so you can see these results for yourself.

A use case for drools-metric

This example demonstrates the performance benefits gained from updating business rules syntax in a common use case. The files for this example are available in the MetricLogUtils repository's src/main/resources folder:

Starting in Process Automation Manager 7.9, you can use REST APIs or a user interface (UI) to manage dashboards. An automated pipeline lets you export, import, and even deploy multiple dashboards with a single Dashbuilder component.

We have also improved report customization. You can now develop your own components or use third-party components to display business data. The Heatmap component displayed in Figure 6 is an example of one of the many components freely available from the Dashbuilder community. Heatmap lets us see at a glance which nodes are triggered more frequently and which nodes take more time to execute.

You can now use multiple decision requirements diagrams (DRDs) in your decision model notation (DMN) models. We can better organize decision logic by splitting complex decisions by their domains. Figure 7 illustrates using multiple DRDs to break down two sets of key decisions into two smaller sets.

As shown in the following video demonstration, you can easily manipulate your nodes and move them to a new diagram or an existing one. The video also demonstrates how to navigate diagrams, rename them, and model your decision in a self-contained DMN model.