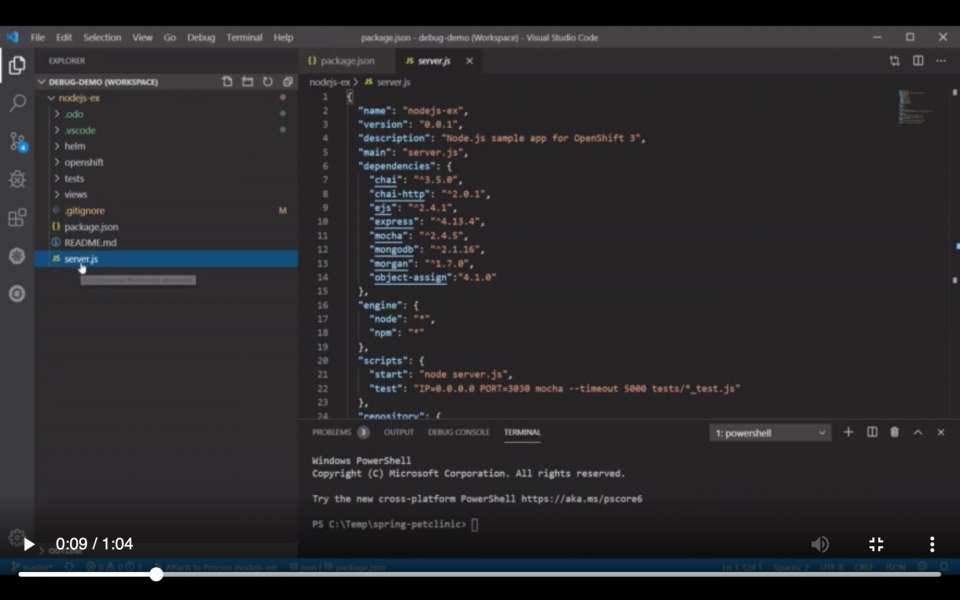 The latest release of OpenShift Connector enhances the developer experience on Red Hat OpenShift with support for local code debugging. This enhancement lets the user write and debug local code without leaving the editor.

Based on developer community feedback related to OpenShift Connector for Visual Studio Code (VS Code), one of the main focuses was to simplify the OpenShift workflow for developers by letting them debug code that is deployed on OpenShift directly from VS Code. Visual Studio Code's debugging architecture allows extension authors to easily integrate existing debuggers into VS Code while offering a common user interface for all of them.

Following this principle, we added a new debug feature to our OpenShift extension for VS Code. This feature allows debugging local NodeJS and Java components deployed on an OpenShift instance directly from the IDE.

This feature is available to the community from version 0.1.3 onwards and the extension can be installed from the VS Code Marketplace.

This release provides the new OpenShift: Debug command, which provides a simpler way to start debugging OpenShift components pushed to a cluster.

OpenShift: Debug is an experimental feature that uses the experimental OpenShift Do (odo) debug command under the hood. This enhancement allows developers to set breakpoints directly in the source code, watch variables, and follow the full call stack when debugging—all without leaving the editor.

The debug command can be invoked in following ways:

Figure 1: Accessing the OpenShift: Debug command through the command palette."> 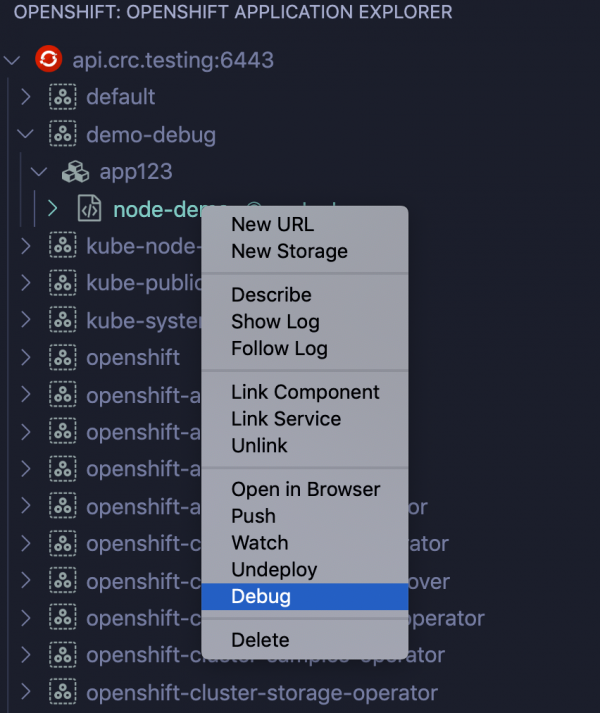 Debug a NodeJS component in OpenShift

The default Visual Studio Code installation includes JavaScript/TypeScript language support and the debugger extensions required to debug a NodeJS component. That means that the new OpenShift: Debug command can be used without installing any additional extensions. To get started:

Debug a Java component in OpenShift

To debug a Java component, the Java Language Support and Java Debugger extensions are required. Therefore, the OpenShift Connector extension will prompt you to install the missing extension(s) before launching the debugger for a Java component. To get started:

We’ve released this extension on GitHub as an MIT-licensed open source project, and the extension is available in the VS Code Marketplace. We really want your feedback and help to build an even better debugging experience. If you have any issues or ideas for improvements, feel free to reach out to us on Gitter or GitHub.

Look out for more awesome features in the next releases!