Red Hat Summit: Lowering the risk of monolith to microservices 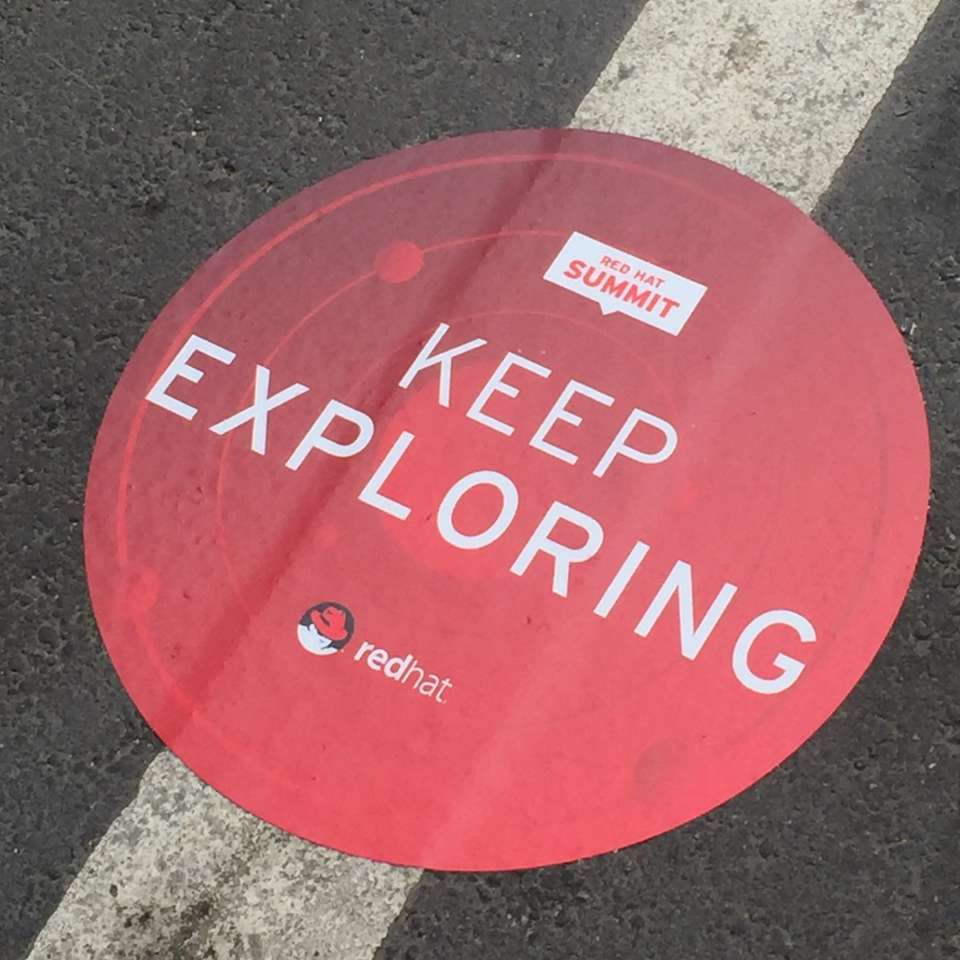 Christian Posta, Chief Architect at Red Hat, presented the story of a fictitious company1moving a monolithic application to microservices.

When considering risk, we think we know the bad things that can happen and the probabilities of those bad things actually happening. Christian defines a monolith as a large application developed over many years by different teams that delivers proven business value while being very difficult to update and maintain. Its architecture, elegant at one point, has eroded over time. That makes it difficult to assess the risk of migrating a monolith.

Let's hear from the new school:

Microservice is a highly distracting word that serves to confuse developers, architects, and IT leaders into believing that we can actually have a utopian application architecture.

Um, no. While that's cynical but true, the correct definition is:

Microservices are an architectural optimization that treats the modules of an application as independently owned and deployed services for the purpose of increasing an organization's velocity and eliminating technical debt.

The performance of an IT organization has a strong correlation to business performance, boosting productivity, profitability, and market share2. Statistics over the last few years for high performers versus low performers include moving code from commit to production 200x faster3, deployments being 46x more frequent, and the lead time for changes being 440x faster4. Technologies and techniques such as containers, automated testing, and deployment pipelines enable teams to go faster. In addition, high-performing teams are introducing errors at a much lower rate and are recovering from the errors they do create at a much higher rate.

The case study Christian covered is the TicketMonster demo. Originally written for JBoss, the code has been around for at least a decade and has become, in Christian's words, "a morass of stuff." Maintaining this or any other monolith is a major pain for a long list of reasons:

All of these factors make microservices attractive. But it's important to remember that microservices are about optimizing for speed. You need to ask yourself the question, "Is the architecture of our application the bottleneck that keeps us from moving faster?" If it's not, Christian prescribes a three-step process:

If microservices are a good fit for you, the question is how to break a monolith into microservices. Some common approaches include, "Do one thing and do it well," "Organize around verbs," "Organize around nouns," and "Focus on products not projects." We said similar things about SOA back in the day, however. "Services are autonomous," "Loose coupling is vital," "Boundaries are explicit," were equally high-minded goals that often eluded us. So we have platitudes on what the system should be, but no real guidelines on how to make it happen. A more sophisticated approach:

That's all well and good, but it misses a lot of detail5. As usual, reality rears its ugly, pointy little head, presenting difficult problems that can't be waved away:

Yet another list—you need to make sure that these things are in place:

Moving on to the sample monolith...the Ticket Monster code has the UI baked in to it. If possible, a good first step is to break the UI out of the monolith. That gives you the freedom to bring the UI into the modern era, and it also sets the stage for the separation of concerns that is promised by a microservices architecture. Start by making a copy of the UI code separate from the monolith by taking out all the JavaScript, CSS, etc. The new UI simply calls the back-end systems of the monolith. You can then do a dark launch or a canary deployment of the new UI, sending only some production traffic to it as you verify that the new UI is functionally equivalent to the original.

With that in mind, Christian stressed the difference between deployments and releases. A deployment is simply code that lives on a production server but doesn't get any traffic. It isn't considered a release until it's using live data in a production environment. A deployment should be a non-event to the business. Developers should be able to deploy code without approvals or intervention by administrators or the ops staff. Deciding to route production traffic to the deployment, on the other hand, is a business decision made once the deployment has been tested thoroughly.

The Istio service mesh makes this easy in an OpenShift / Kubernetes environment. It is an infrastructure that allows you to separate deployments and releases. (Read Don Schenck’s excellent Introduction to Istio blog series to fully understand this technology.) Istio lets you say that only 1% of the traffic should go to the new deployment or that only users who have certain characteristics should see the new deployment. Another definition:

A service mesh is a decentralized application networking infrastructure among your services that provides resiliency, security, observability, and routing control. A service mesh is comprised of a control plane and a data plane.

Continuing the refactoring of the monolith, we can take a particular function of the monolith and move that code into a service. The starting point, once again, is to copy the code from the monolith and put it into a separate module. Then we can use Istio to route only some of the traffic to the new service. To maximize the value of our investment, the service we choose should be something that provides significant business value. In other words, we look at the monolith and determine that some part of the system could give us a substantial ROI if we made it more agile and flexible. In the Ticket Monster example, the order processing functions could be far more valuable to the business if they were in a separate module that could be enhanced independently of the monolith. For example, if that code was written a decade ago, it doesn't support things like ApplePay or Venmo. A low-risk architecture for adding new methods of payment would clearly help the business stay current.

This was a great session with lots of practical advice based on real-world experience. If you'd like to get it from the source, the video of Christian's presentation is one of the 100+ Red Hat Summit 2018 breakout sessions you can view online for free.

Good luck with your enterprise modernization!