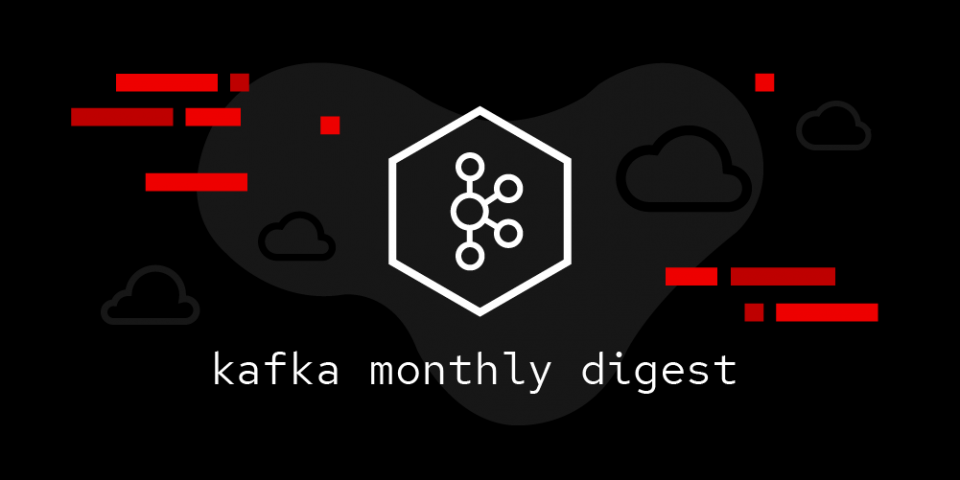 This edition of the Kafka Monthly Digest covers what happened in the Apache Kafka community in December 2021. We will also look back at some of the milestones that the Kafka project and community reached over the past year, and we'll look ahead to two of the most anticipated Kafka features coming in 2022.

The only release in progress at this moment is Apache Kafka 3.1.0.

David Jacot published the 3.1.0 RC0 (Release Candidate 0) on December 23. The vote on this first release candidate is currently ongoing. This release is a bit behind schedule but should be available in early January.

As a new year begins, let's look back at some of the milestones Apache Kafka achieved in 2021.

In the past 12 months, the community raised 106 KIPs. Figure 2 shows how this compares to previous years.

Over 190 unique contributors made more than 1,200 Kafka commits in 2021. Figure 3 shows the size of the codebase, in lines of code, for a few releases. 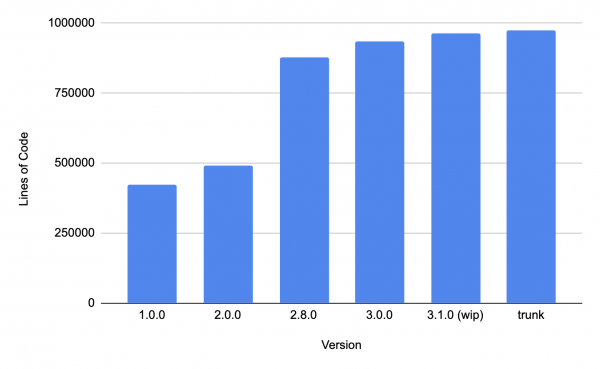 In 2021, three contributors were invited to become Kafka committers:

The current roster of committers and PMC members is available on the Kafka website.

The Kafka project is still evolving and improving at breakneck speed. Out of the dozens of new features being worked on, the two most awaited features are: