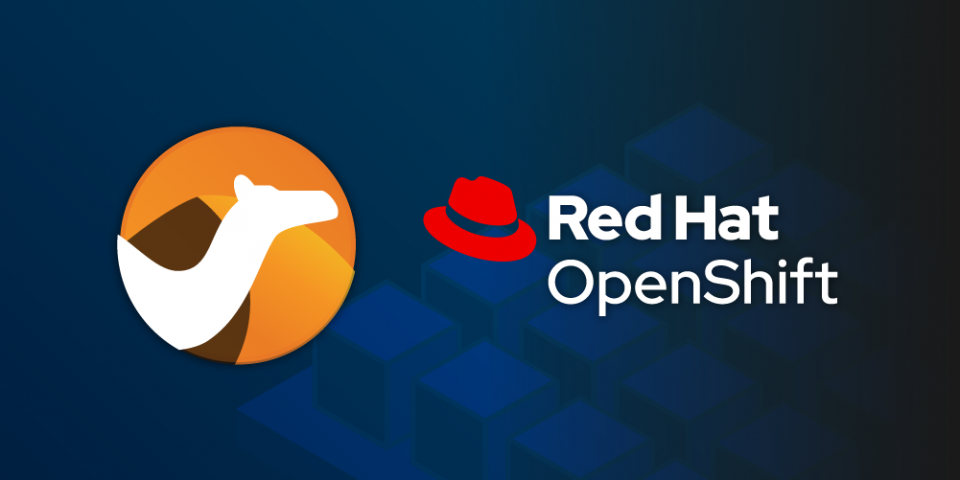 Apache Camel is used widely for message queue integration and notification. Its lightweight and simple coding structure makes it a good choice for developers. Camel is well suited for application modernization and integrates very well with Kubernetes and Red Hat OpenShift. You can use these technologies together for a continuous integration and continuous delivery (CI/CD) pipeline and deployment.

In this article, we'll introduce the elements of application modernization, give an overview of Camel's components and architecture, and demonstrate how to use Camel with JavaScript to deploy your applications to OpenShift. We'll go through a few application modernization examples and look at the performance gains from using Camel with OpenShift and JavaScript. We'll also introduce Camel K, a lightweight integration framework built from Apache Camel that is specifically designed for serverless and microservices architectures.

Often, it is hard to carve out a piece of the application to modernize because you need to identify the external and internal dependencies that must be modernized at the same time. Everything in a legacy system is a big dependency tree, as illustrated in Figure 2.

It helps to break down the dependencies into multiple smaller clusters, instead of managing one giant cluster. This lets you modernize while maintaining low risk.

Apache Camel is an upstream project that we use for integration technology at Red Hat. It is an open source Java framework that started as an implementation of the book Enterprise Integration Patterns. Camel comes with 300 components that you can use out of the box. Integrations range from simple timer-to-log dummy examples to complex processing workflows that connect several external systems.

As developers, we know that the more applications are deconstructed into smaller pieces, the more we need communication patterns to manage the inherent complexity. Camel has been shaped around enterprise integration patterns (EIPs) since its inception, and it uses a domain-specific language (DSL) to map patterns in a one-to-one relationship. Let's look at Camel's components more closely.

Camel integration patterns are agnostic of programming language, platform, and architecture. They provide a universal language, notation, and fundamental messaging as well as integration. Camel continues to evolve and add new patterns from the service-oriented architecture, microservices, cloud-native, and serverless paradigms. It has become a general pattern-based integration framework suitable for multiple architectures.

It's not an exaggeration to say that the Camel DSL is now the language of EIPs. It is the language that best expresses the patterns that were present in the original “book of integration.” Additionally, the community continues to add new patterns and components with every release.

In the example shown in Figure 4, the pattern splits the order from a larger order and sends each item to electronics or other areas to be fulfilled.

Camel has multiple DSLs. It supports XML, Java, Groovy, Kotlin, and other Java components. There are good reasons to use both Java and XML-based DSLs. A Camel route expresses the EIPs. It gets developers thinking in terms of pipes and filters. The DSL that you use is a technicality that will not impact the success of the project. You can even mix and match DSLs.

In addition to implementing enterprise integration patterns with DSLs, Apache Camel is a powerful integration library that provides many integration connectors. Hundreds of Java libraries can use Camel connectors with the Camel endpoint notation. These uniform resource identifiers (URIs) are universal. For a list of supported components, see the Camel documentation.

Integrations are great for connecting systems and transforming data, as well as creating new microservices. Let's look at a simple one-to-one integration between a file and a Java Message Service (JMS) queue. At runtime, the DSL does not matter for Camel.

The following is an example of a Java DSL Camel route:

Here is an XML DSL Camel route for the same integration:

Figure 5 shows a Camel program that picks up a file from a location, splits the file by line, converts the line content into an XML definition, and puts the XML objects into an active messaging queue.

Here is the corresponding JavaScript code for the program in Figure 5:

Apache Camel offers a REST-style DSL that you can use with Java or XML. This lets users define services using REST verbs such as GET, POST, DELETE, and so on. The REST DSL supports the XML DSL using either Spring or Blueprint.

To define a path, you can set the base path in REST and then provide the URI template with the verbs, as shown in the following example. The REST DSL also accepts a data format setting:

In the following example, we create a predicate in a message filter using the JavaScript function. The message filter is an EIP that allows you to filter the messages. For example, if the predicate is true, the message will be routed from queue A to queue B. This path routes exchanges from admin users to a special queue. We could also write the path using a Spring DSL:

Here is the same content in the XML DSL:

To run it, execute kamel run followed by the file name:

The Camel K framework does not yet provide an enhanced DSL for JavaScript integrations, but you can access global bound objects such as a writable registry. In the following example, we've taken the context.getComponent from the previous log component that printed Hello Camel K! and used the exchangeFormatter property to modify the log format:

The Java specification request JSR-223 lets you use scripting languages like Ruby, Groovy, and Python on the Java platform. Camel supports many scripting languages that are used to create an expression or predicate via JSR-223, which is a standard part of Java. This is useful when you need to invoke logic that is in another language, such as JavaScript or Groovy.

JSR-223's ScriptContext is preconfigured with the attributes listed in Table 1.

You can also refer to an external script file by having Camel load it from a resource such as classpath:, file:, or http:. We use the resource:schema:location syntax, which takes a file on the classpath. To load a Groovy script from the classpath, you need to prefix the value with a resource, as shown here:

To use scripting languages in your Camel routes, you need to add a dependency on camel-script to integrate the JSR-223 scripting engine. If you use Maven, you can simply add the following to your pom.xml, substituting the version number for the latest release (see the Maven download page):

So, with the introduction of Camel and how Camel supports JavaScript, let’s talk about Camel K. Camel K is a deep Kubernetes integration for Camel that runs natively in the cloud on Red Hat OpenShift. It is designed for serverless and microservice architectures. Camel K lets you build a lightweight runtime for running integration code directly on cloud platforms like Kubernetes and OpenShift.

Camel K is serverless Camel for Kubernetes and Knative. It runs on top of Quarkus and enables developers to write small, fast Java applications.

To run Camel K, you will need access to a Kubernetes or OpenShift environment. Before creating any applications, log into the cluster, create a project, and install the Camel K Operator. Camel K works best when it is run natively on Knative. It is a simple prebuilt component to pub/sub from the event mesh.

The Camel K runtime provides significant performance optimizations without using Knative and serverless technologies. Compared to binary Source-to-Image, Camel K has lower deploy and redeploy time. If the binary runs remotely, it is even slower. By contrast, the redeploy with the Camel K is almost instantaneous.

How to deploy Camel K integrations with Red Hat OpenShift

So, how does Camel K work? Developers just want to deal with business logic and not worry about runtimes. We want to use Camel K to integrate with different systems and leverage the serverless architecture. What we can do is to write Camel routes in a single file. In the next example, we use a Camel route written in XML. At this point, with Camel K, you only have an integration file. This is a Camel integration file that looks up every second from the Google domain and logs the output:

Camel K comes with a command-line tool, kamel, that we can use to automate tasks such as observing code changes, streaming them to the Kubernetes cluster, and printing the logos from the running pods. Once you've prepared the cluster and installed the operator in the current namespace, you can use the kamel run command as shown here:

We started this article by reviewing the elements of application modernization, then discussed how using Camel and JavaScript solves some of the challenges of modernization. We also discussed integrating Camel with OpenShift.