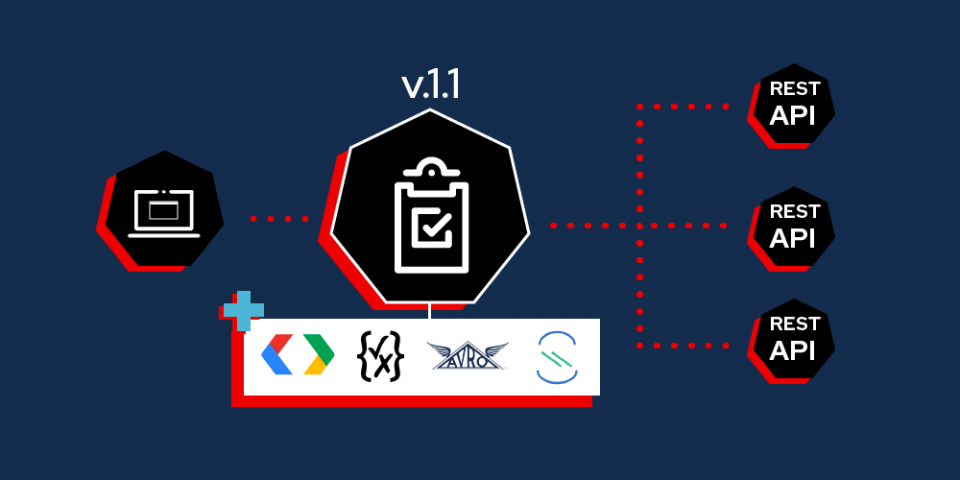 What is the service registry?

The Red Hat Integration service registry is a datastore for standard event schemas and API designs. As a developer, you can use it to decouple the structure of your data from your applications. You can also use it to share and manage your data structure using a REST interface. Red Hat's service registry is built on the Apicurio Registry, an open source community project.

To help prevent invalid content from being added to the registry, you can configure rules for each added artifact. All of the rules for an artifact must pass before you may upload a new version.

The initial service registry release was focused on a use case for Apache Kafka schema management. Because of this, we used the Kafka Streams API for storage. As broader use cases have emerged, we've seen the need for additional storage mechanisms. The Service Registry 1.1 component offers two new storage installation options, currently in technical preview.

This release offers cache-based storage using embedded Infinispan 10. We are also offering PostgreSQL 12 storage based on the Jakarta Persistence API.

Along with the new storage options, this release includes a few interesting features:

Note: See the Apicurio GitHub repository for example applications that demonstrate how to use the Kafka clients, JSON schema, Protobuf, and Apache Avro serializers and deserializers.

The Red Hat Integration service registry is an artifact repository that unifies REST and asynchronous APIs for a complete event-driven architecture. You can use it as a simple schema registry for Kafka, to externalize Debezium schemas, or as a catalog for your OpenAPI documents. Serializer and deserializer classes support using the Red Hat Integration service registry as a drop-in replacement for the Confluent schema registry for Apache Kafka clients.