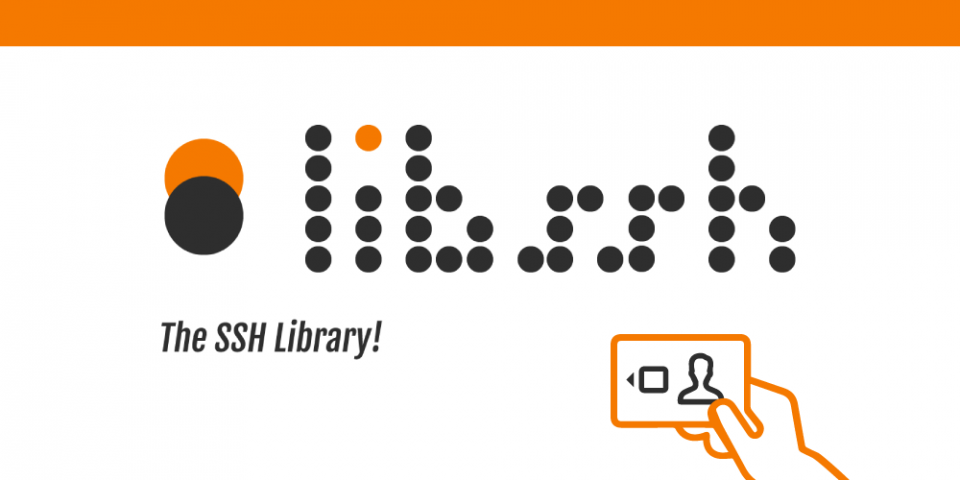 An attacker who is able to access unauthorized regions in memory can discover private or sensitive information, including authentication secrets. A question that naturally follows is, "Where can I safely store my secrets?"

This article introduces Public Key Cryptography Standard #11 (PKCS #11), which you can use to uniquely identify objects stored in tokens. I will show you how to build and use libssh with support for PKCS #11 and how to use curl to store and retrieve tokens through the secure shell (SSH) protocol.

The URI format is defined as follows:

Note: The token description provides authenticating applications with a logical view of the hardware device storing the cryptographic token.

Build and use libssh with PKCS #11

The SSH library uses OpenSSL (Secure Socket Layer) as its cryptographic back end. OpenSSL defines an abstract layer called the engine, which implements cryptographic primitives. It provides cryptographic functionality, called key-loading, which we use to load private and public keys from smart cards. The engine_pkcs11 module acts as an interface between the PKCS #11 modules and OpenSSL.

To build and use libssh with support for PKCS #11, do the following:

The legacy functions in libssh are extended to automatically detect if a provided filename is a file path or a PKCS #11 URI. You can replace the paths to files containing keys and certificates with PKCS #11 URIs. If a PKCS #11 URI is detected, the engine is loaded and initialized. The engine loads the private or public key corresponding to the PKCS #11 URI from the PKCS #11 device.

Note: If you wish to authenticate using public keys on your own, follow the steps described in the "Authentication with public keys" section of the libssh documentation (see Chapter 2: A deeper insight on authentication).

Public-key authentication with PKCS #11 and libssh

Instead of specifying the path where the private-key file was stored, all you need to do is to set the PKCS #11 URI using SSH_OPTIONS_IDENTITY.

Applications such as curl use libssh as the underlying library to communicate through the SSH protocol. In this example, we use curl to connect to a Secure File Transfer Protocol (SFTP) server:

We could change the above command to use a PKCS #11 URI to test a SSH testuser's access to localhost. Instead of specifying the path to the private key in the --key attribute,  we would specify the corresponding PKCS #11 URI.

This article has been a brief introduction to using the PKCS #11 standard and libssh to store and access cryptographic private information in hardware tokens such as smart cards. I will leave you with two additional recommendations.

First, provide a specific PKCS #11 URI that matches only a single slot in the engine. If the engine discovers multiple slots that could potentially contain the private keys referenced by the provided PKCS #11 URI, the engine will not attempt to authenticate. Second, if you are using Elliptic Curve Digital Signature Algorithm (ECDSA) for your PKCS #11 URIs, ensure that you import the public keys along with the private keys to the token. Unlike the more commonly used RSA algorithm, ECDSA public keys cannot be derived from private keys.