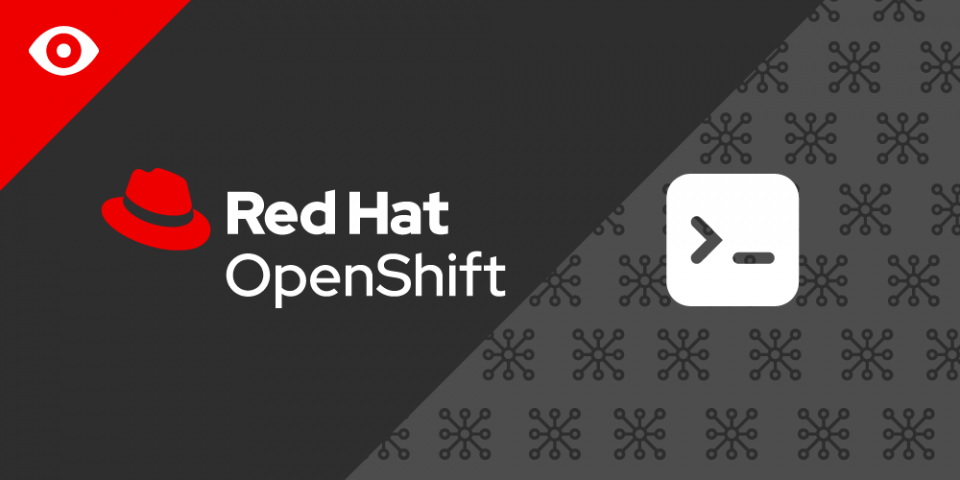 A recent article, The present and future of CI/CD with GitOps on Red Hat OpenShift, proposed Tekton as a framework for cloud-native CI/CD pipelines, and Argo CD as its perfect partner for GitOps. GitOps practices support continuous delivery in hybrid, multi-cluster Kubernetes environments.

The diagram in Figure 1 illustrates the CI/CD workflow. A commit initiated in the application's source code repository triggers a full CI/CD process, which ends with a new version of the serverless application deployed in development, staging, and production environments as laid out in Figure 1.

Let's look more closely at each step in the workflow:

Next, we'll set up our cluster with the OpenShift Operators and services that we'll need.

We'll use a set of scripts to configure and install all of the components required for this demonstration. To get started with setting up the demonstration environment, clone the following source code repository:

Next, ensure that you have all of the following tools installed in your system. You'll need these pre-installed when you run the scripts:

Once you've checked the above requirements, log in to your OpenShift cluster as a cluster-admin user:

Initially, we will install the OpenShift Pipelines and OpenShift Serverless Operators in the openshift-operators namespace.

We'll also create four new namespaces: cicd, development, staging, and production. Images are pushed within the boundaries of the cicd namespace, so all of the other namespaces require system:image-puller privileges in order to pull the new images.

Here is the script, which basically uses three Helm charts for the required installations:

You can execute the script as-is, or use the Helm charts independently, overriding any values that you wish. For instance, you could override the value of the channel subscription for each OpenShift Operator.

Figure 2 shows the installation so far, with both Operators installed under the openshift-operators namespace.

Verify that the OpenShift Pipelines Operator is installed at version 1.1.1 or greater.

We've deployed a set of pods representing a basic Knative Serving control plane in the knative-serving namespace, as shown in Figure 3.

We've installed the OpenShift Operators and created the namespaces and the Knative Serving instance to manage our serverless workloads. We're now ready to create the Tekton resources that we'll need to run the continuous integration pipeline.

Configure the Tekton tasks and pipeline

When you install the OpenShift Pipelines Operator, it comes with an out-of-the-box set of cluster tasks that you can use to build your pipeline. In some situations, you will need other tasks to execute specific functionality. You can easily create these tasks in Tekton. You can also search the Tekton Hub for reusable tasks and pipelines that are ready to be consumed.

For our pipeline, we will use one task from the Tekton Hub and two custom tasks. To make these tasks available to our pipeline, we'll need to create them in the cicd namespace. (Note that you can create ClusterTasks if you think that you'll reuse them in different pipelines from different namespaces.) Run the following script to install the needed tasks and create the pipeline in the same namespace.

Navigate to the OpenShift console and open the Pipelines menu and project cicd. You will discover your new tasks, as shown in Figure 5.

Figure 6 shows your new pipeline in the same namespace.

Some of our tasks in the pipeline require either loading certain configurations from ConfigMaps or storing the state of the resulting execution to be shared with other tasks. For instance, the Maven task requires that we include a specific settings.xml in a ConfigMap. On the other hand, the first task fetches the application's source code repository. The Maven task, which follows, will need those files to build the application JAR. We're using an OpenShift PersistentVolume to share these source files.

Tekton provides the concept of workspaces for these purposes. Run the following script to add a set of ConfigMaps and a PersistentVolumeClaim to the cicd namespace:

Notice that this script creates a PersistentVolumeClaim with no StorageClass defined. Unless you choose to specify one, the default StorageClass will be used. Feel free to uncomment any lines in the provided script to fit your needs.

The application uses the kubernetes-config extension to facilitate the consumption of ConfigMaps and Secrets in Kubernetes. The "Hello, world" application reads a list of ConfigMaps, which gives us the chance to manage configuration at different levels, overriding duplicated properties.

Figure 7 shows an extract of the application.yaml that defines the list of ConfigMaps.

Create your own repository

At this stage, you must create a GitHub repository that you will use to store the customization files required for the demonstration. My repository is named quarkus-hello-world-deployment, and I'll use that name to reference the repository in the upcoming scripts. You can use the same name or a different one for your repository.

GitHub has changed the default name to main, as shown in Figure 8.

Ensure you create a master branch instead, either by changing your default settings or by creating a new branch manually. After you have created and named the repository, leave it empty and initialized.

In order to allow the Tekton pipeline to push changes into the new repository, you will have to provide a valid set of GitHub credentials. You'll store the credentials in a Secret and link them to the ServiceAccount pipeline, which was automatically created in the cicd namespace.

We are now ready to manually test the pipeline's execution and see the results. The pipeline workflow includes a webhook setup that triggers the pipeline automatically. We'll leave that part for the end of this article (in Part 2); for now, we'll just test the workflow by triggering the pipeline manually.

In both cases, we'll use a given commit from the application repository. Also, we need to provide the repository that keeps all of our config and deployment manifests. In the script below, I reference my deployment repository—you should replace that reference with the name of your repository. When you are ready, execute the following:

If you prefer to, you can start the pipeline using the tkn CLI:

Another option is to trigger the pipeline from the OpenShift console.

To check the execution progress, visit the Pipeline Runs dashboard in the OpenShift console, as shown in Figure 9.

If you want to see all the details of each pipeline task, click in the name of the pipeline run. You will get the logs for each task, as shown in Figure 10:

If you trigger the pipeline with exactly the same parameters twice (for instance, using both examples that I have provided) you will see that the second run fails when pushing the Kustomization manifests. The failure happens because there is nothing new to commit—awesome!

Outcomes of the pipeline execution

The diagram in Figure 11 shows what we've achieved so far:

Note that we replaced the steps related to "Push code" and "repository webhook" with a manual pipeline trigger based on a given commit ID.

At this point, we've pushed a new image to the OpenShift internal registry. We've also initialized the repository that will contain all of the config and deployment manifests, along with all of the Kubernetes manifests that are required to run the first version of our serverless application.

Update your deployment repository (git pull) and you should see similar output to this:

For simplicity, I will only focus on the base and development folders for now:

Each time a new revision is available in development, an independent route is created for it, to ensure that it is accessible for testing. The main route remains the same (for instance, targeting the other two previous revisions). We achieve this behavior by not modifying the main traffic-routing.yaml automatically from the pipeline but only adding the new route (routing-patch.yaml) for the new revision.

These details will be easier to understand when we run additional tests in Part 2. For now, just note a significant difference between the staging and production namespaces and development: The CI pipeline does not create a kustomization.yaml file (with that exact name) for them. There will always be one with an additional revision prefix: kustomization-r9ce9024.yaml. Those changes will not be considered during the synchronization process unless this new revision is referenced in the kustomization.yaml. A manual action is required to make the changes visible to Kustomize.

Note: The point of the file-name difference is to differentiate the demonstration: I wanted those two environments to behave differently so that they would require someone to approve the changes. Renaming the file is a simple approach to approval that does not overcomplicate the demonstration. I would prefer to create a different branch for every new revision, then generate a pull request once it's ready to be promoted.

Kustomize: Put all the pieces together

We've reviewed the content and structure of the deployment repository, but we still don't have the final composition of the Knative service and ConfigMaps. The following script uses kustomize to build the final manifests so that we can see how they look:

At this point, we could apply our set of objects into the development namespace to get a serverless application running, but we don't want to do the deployment step manually. In the second half of this article, I will show you how to integrate Argo CD into the CI/CD pipeline that we've developed so far.