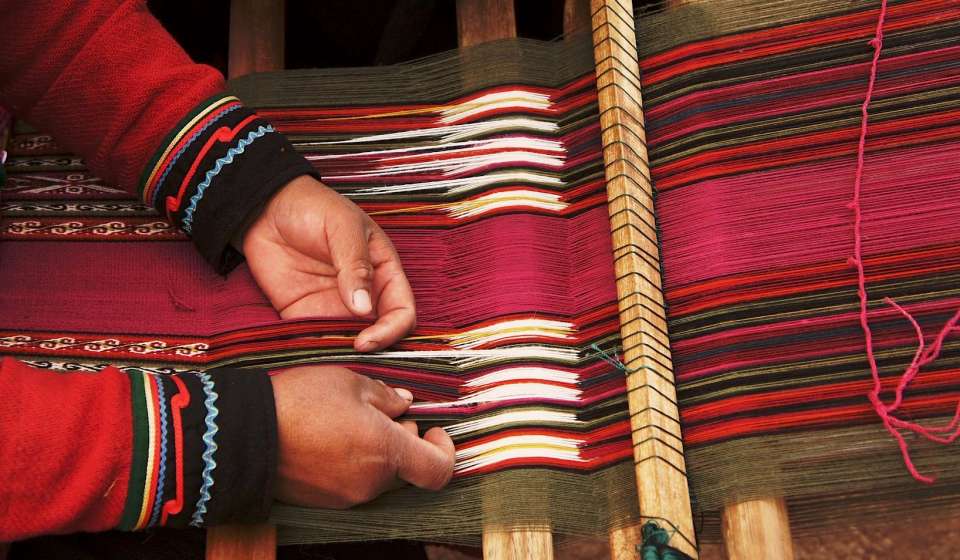 In this article, we'll explain more about threads and introduce Project Loom, which supports high-throughput and lightweight concurrency in Java to help simplify writing scalable software.

Java makes it so easy to create new threads, and almost all the time the program ends-up creating more threads than the CPU can schedule in parallel. Let's say that we have a two-lane road (two core of a CPU), and 10 cars want to use the road at the same time. Naturally, this is not possible, but think about how this situation is currently handled. Traffic lights are one way. Traffic lights allow a controlled number of cars onto the road and make the traffic use the road in an orderly fashion. 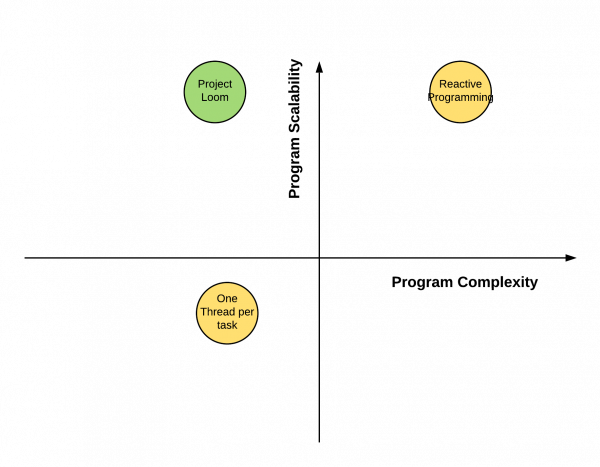 What we need is a sweet spot as mentioned in the diagram above (the green dot), where we get web scale with minimal complexity in the application. Enter Project Loom. But first, let's see how the current one task per thread model works.

Let's see it in action. First let's write a simple program, an echo server, which accepts a connection and allocates a new thread to every new connection. Let's assume this thread is calling an external service, which sends the response after few seconds. This mimics the wait state of the thread. So, a simple Echo server would look like the example below. The full source code is available here.