Announcing Fuse for agile integration on the cloud - FIS 2.0 release 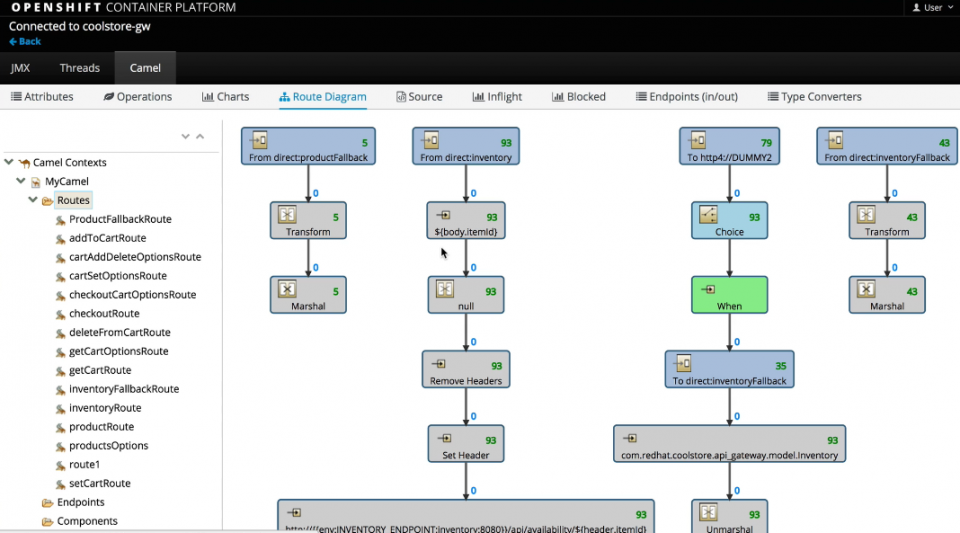 Today, I am very pleased to announce the GA of Fuse Integration Service 2.0. This release will make integration applications more portable, flexible and allow agile developers to react faster to business needs by supporting microservice architectures. Developers will now be able to realize the benefits of microservices within integration projects and be able to leverage integration patterns while breaking up monolithic applications and reducing the size of services pushed onto older ESB technology.

With FIS 2.0, developers can now choose a more suitable technology for the composition and integration of microservices,  with a more lightweight runtime providing for faster deployment, while simplifying packaging and ensuring a smoother process from development to production, as well as allowing management of the distributed application and taking care of fault tolerance all at the same time.

The list goes on. The best thing about Fuse Integration Service 2.0 is that it can be used as a best-practice foundation for developers to focus on building business value in microservices without worrying about how they need to solve every problem on the list. And here is why...

Superior pattern-based solution for building and composing microservice  - The new FIS 2.0 comes with Apache Camel 2.18,  with 150+ built-in components and data transformation, it fits perfectly with the microservice principle of building smart endpoints. Developers can simply configure connectors to various systems and services.

Enterprise Integration Patterns - are a new, best practice in the concept of agile integration; developers can compose microservices with ease (Simple pipeline), and simply reuse the pattern without reinventing each time.

Excellent developer experience with Fuse Tooling.   From getting started,  to real world production deployments, Fuse provides a comprehensive set of tools to help developers through the complete application life cycle. Developers can choose between traditional Java programming styles or leverage drag and drop features from tooling. Debugging and unit testing can also be done in the IDE with testing suite libraries. Maven is included for dependency and builds management.  For getting started, Fuse also provides a set of quick-start examples that simplify the learning curve but are also great for experienced developers wanting to rapidly prototype new projects.

Containerized applications -  FIS 2.0 offers a repeatable and declarative environment, allowing developers to quickly package an integration application into a container, simplifying the use of the same image in development, QA, and production environments.  Fuse has pre-defined a base image for the docker-like container, allowing developers to use it as a base for application logic after which it will generate images using the tooling provided.

API Support and Service Resiliency - With REST DSL, developers can now define a REST endpoint within minutes and
automatically export the API documentation (Swagger). When connecting APIs, it is important to make sure to maintain service resiliency. Fuse Integration Service adopts Kubernetes as it's orchestration layer for containers, which will detect any failure of the service and recover by spinning up another running instance. By supporting Hystrixs in Camel, Fuse makes sure the failure is isolated without affecting other instances. Complete CI/CD cycle - FIS 2.0 provides a great user experience for continuous integration with features in the IDE, Maven, source control with git and other SCM applications, and the source-to-image plugin helps developers build images either to test locally or for deploying into an actual cloud platform. The out-of-the-box pipeline support helps developers create a complete cycle for continuous delivery. Container Orchestration - Last but not least, as the number of microservices grows, developers needed a way to manage and orchestrate all containers and services. Kubernetes in FIS 2.0 will help to automatically discover services, load balance incoming requests, handle clustering and dynamically configure services when they come alive. Operations can scale up and down services on-demand and manage resource as needed. Of course, don't worry if your application can not immediately jump to microservices,  Fuse can also support traditional ESB approaches. TRY IT  TODAY and get started with the agile integration experience!