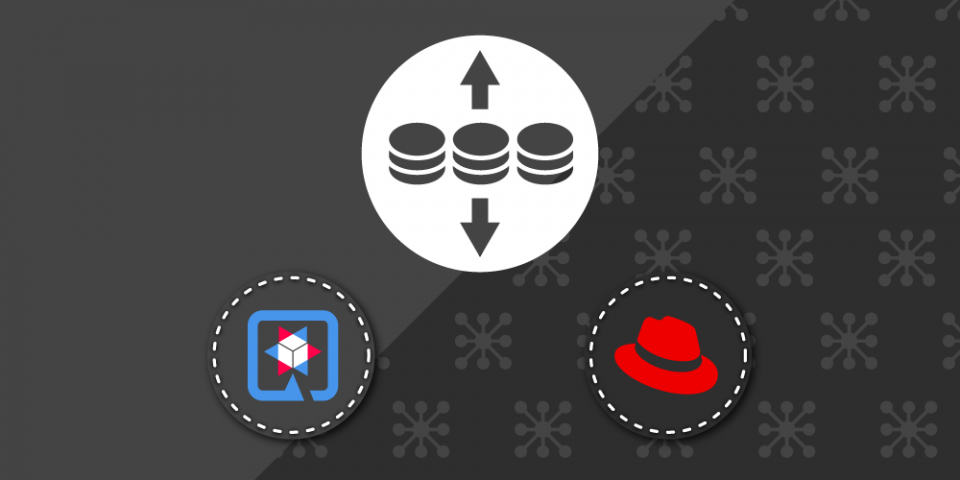 This article is an overview of new features and enhancements in this latest version of Red Hat Data Grid.

With the latest Data Grid release, you can track cross-site replication operations for each of the backup locations and their caches, including response times and the number of RELAY messages exchanged, as shown in Figure 1.

We have also enabled access to the data via the CLI, the REST API, and Java Management Extensions (JMX) to offer a better user experience to cluster operators. Cross-site replication is also more transparent and observable due to dedicated, operator-managed pods for routing cross-site replication requests.

Data Grid operators can also configure the number of relay nodes for cross-site replication. This flexibility enhances the cache's scalability and performance over multiple sites.

Finally, security is of paramount importance for a cross-site cluster, so we have enabled TLS security for router-based cross-site replication. (Scroll down for more about security enhancements in a later section.)

What do you do if you have a lot of data in a database and want to load the data into the cache? Database schemas can be complex and users might want to define how that data is queried through operations such as SELECT, INSERT, and so on. Perhaps you would also like to support write-through and write-back operations. All of this makes for a complex scenario.

In this release, we have added two types of SQL cache store:

Useful things you can do with the new SQL cache stores include the following:

To set up a cache store, you simply need to drop the database drivers into the server, which can be done with the Operator custom resource (CR) on Red Hat OpenShift. After that, users should be able to create SQL cache stores via YAML, JSON, or XML—also a new configuration feature. An example using Infinispan and the Quarkus Java framework is available on GitHub.

Data Grid now provides full support for TLS version 1.3 with OpenSSL native acceleration. We have also increased the flexibility and convenience of security in Data Grid 8.3.

The following example security realm includes an LDAP realm and a property realm, along with the distributed-realm element:

Users can now also configure multiple endpoints and define separate security realms for them. This enhancement enables more flexible and secure use.

Users can now add PEM files directly to their Data Grid Server configuration and use them as trust stores and keystores in a TLS server identity.

Developers who use Helm charts for application deployment can now use this convenient mechanism to install Data Grid. You can use charts to deploy Data Grid instances, configure clusters, add authentication and authorization, add network access via routes and node ports, enable load balancers, and more, using the Data Grid portal (Figure 2) or the CLI.

Figure 2. Helm charts can be invoked through the Data Grid graphical interface.

Note: Using Helm charts is intended for sites where the Data Grid Operator is not available and operators must configure, deploy, and manage the cluster manually.

Data Grid 8.3 has a few updates for developers who prefer working on the command line. For one, you can enable and disable rebalancing of the cluster, track and extract more details about cross-site replication relay nodes, and manage cache availability. Additionally, if you use the general oc OpenShift command, you can now also install the Infinispan extension and use it with oc, as shown in Figure 3.

Figure 3. You can control a Data Grid cluster from the command line.

We've made a few more improvements to increase the usability of Data Grid in this release:

Get started with Data Grid 8.3

Ready to dive in and try out Data Grid 8.3? These resources will get you started: