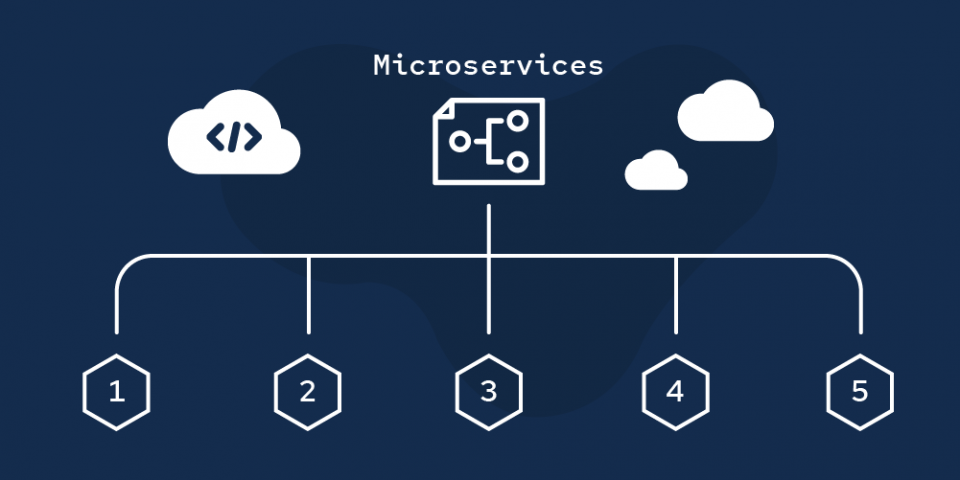 This is the second article in a three-part series about designing a microservices-oriented application (MOA) and how to adopt microservices in your organization.

Check out these informative articles in the series:

To determine how you can use microservices in your organization, it is worth looking at how the architectural style came about and how a monolith tends to evolve into an MOA. You can use this historical overview as a guide for designing an MOA. So let's start by taking a short walk down IT's memory lane.

The roots of microservices-oriented application design

Figure 1. The original monolithic application had the web and application servers, business functions, and database all on one system.

Over time, as more applications appeared on x86 machines, the database became a resource hog, eating up all the memory and compute capacity of the host machine. So architects moved the monolith's data storage mechanisms to a separate machine private to the network, as shown in Figure 2. (For what it's worth, mainframes didn't have this problem and still don't. Their drawback is that they are very expensive.)

Figure 2. The first step in relieving the burden of the monolith on the underlying system is to move the database into a separate system.

However, over time, just moving the database to its own machine wasn't enough. Similarly, the database was exhausting the host x86 machine, and the application logic started to push the limits of the host's computing capacity. So architects implemented a multiple instance design in which many computers hosting identical business logic were put behind a load balancer. The load balancer routed traffic optimally so as not to overpower any one machine with each computer hosting business logic stored data on a central database (Figure 3). 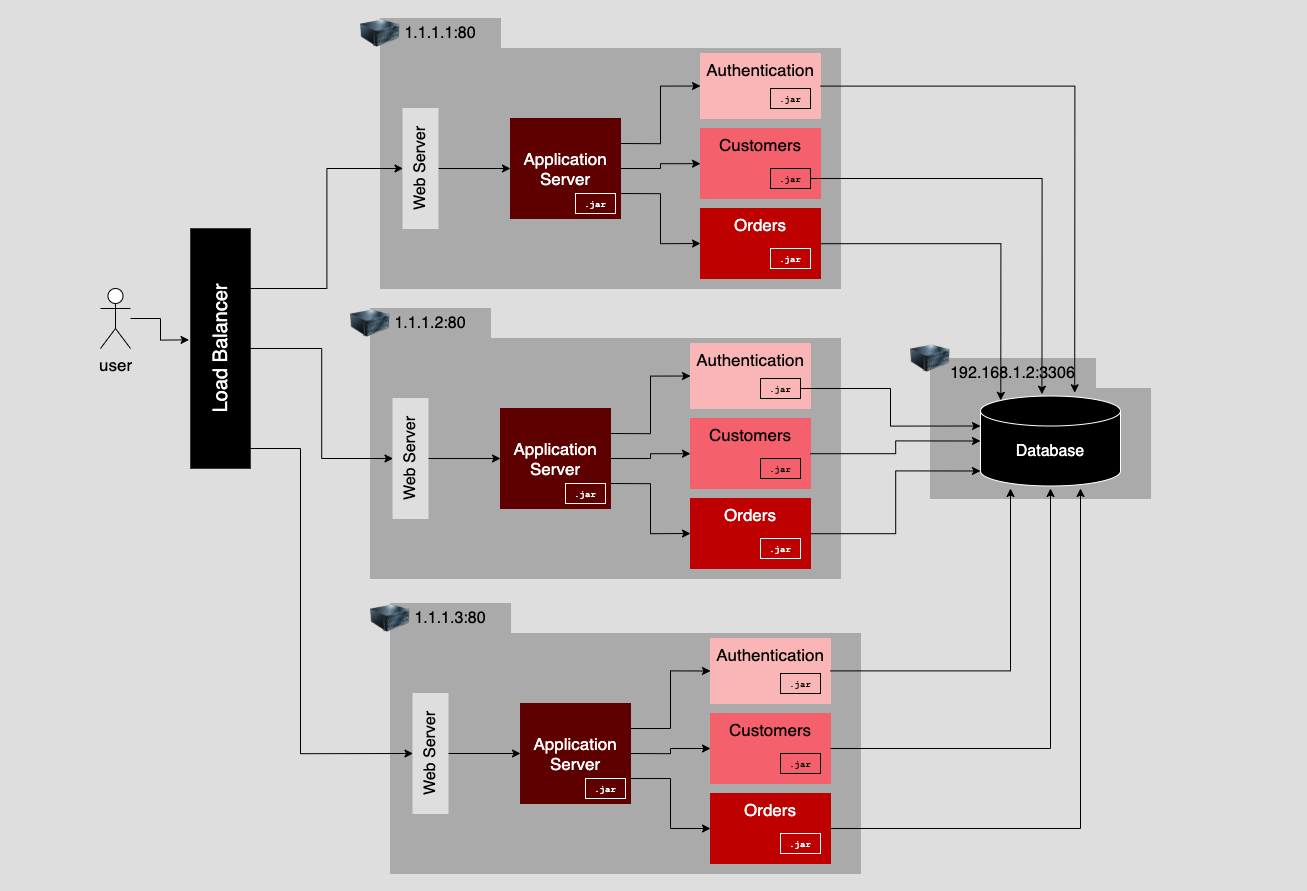 Figure 3. To scale better, the monolithic application is simply replicated on multiple systems, all talking to the database.

Replicating identical business logic across many machines had its benefits, but it also created a big problem for maintenance and upgrades. Even when everything an application needs to operate is on the same machine, as with a simple monolithic application, adding a new feature to the business logic or changing the data schema in the database is a significant chore. Yet, as difficult as an upgrade might be, it can be accommodated during an overnight maintenance window. Making a change to an application running in a replicated architecture is an entirely different undertaking, one that has all the makings of a nightmare.

Refer back to Figure 3. See all those components and all the connections those components have to the database? When it's time to implement an update to the Orders component, for example, not only does the Orders component on each machine need to be updated safely but the database might need to be changed too. This means that the entire application needs to be taken offline, updated, tested, and then, if everything goes well, be brought back online. If the business prohibits the application from going offline, the upgrade will require an enormously complex, time-consuming juggling act that could go wrong at any time.

So it turns out that replicating the monolithic application is not the solution to scaling that developers had hoped for. That is why they finally turned to microservices.

On the other hand, MOAs are loosely coupled, some say to an extreme.

According to the previous article in this series, 5 design principles for microservices, a microservice is an entirely independent unit of computing. It has a distinct presence on the network and carries its own data. It's completely and independently responsible for its own well-being. This means that as long as changes in its public interface do not affect current consumers of the service, an MOA can be changed independently of any other microservice in the MOA.

Figure 4 illustrates an MOA that is a transformation of the monolithic application described previously. Notice that each microservice has its own IP address and port assignment. Also, notice that there is no database in the illustration. This is because, as dictated by the five principles mentioned earlier, each microservice carries its own data. How that data is carried is the concern of the particular microservice. Thus, there is no need to show the database. The only relevant public information is the communication protocol that the microservice supports and the location of the service on the network. The location is defined by its IP address and port number. 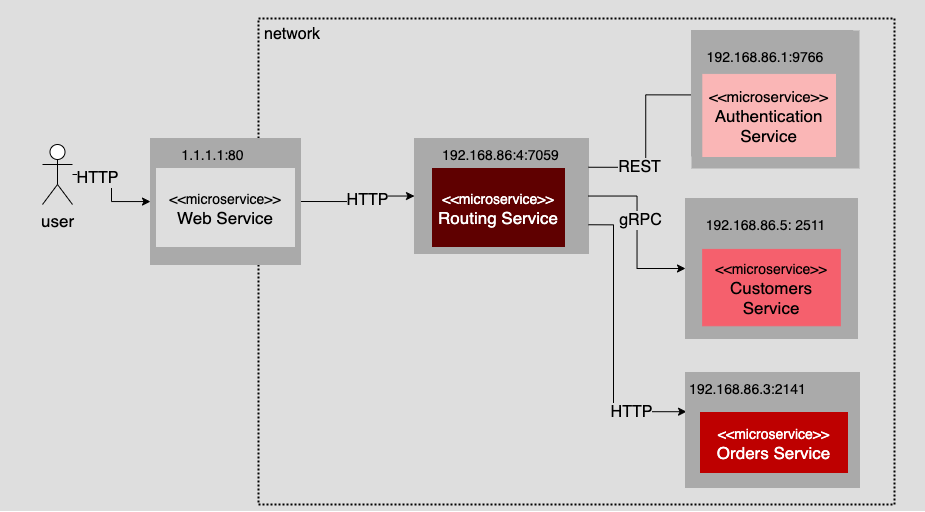 Figure 4. The microservices-oriented application runs each function as a separate service on separate systems.

The benefit of an MOA is that each of its microservices can change at a moment's notice without creating general havoc in the entire application. This safety requires all the microservices to be independent. Any sort of tight coupling defeats the purpose of an MOA.

Hopefully, this article helps you design a robust MOA. However, you should be aware of the weaknesses of microservices and the new demands they make on people and resources—the topic of the next article in this series, The disadvantages vs. benefits of microservices.

Check out the following resources for more tips about building and deploying microservices:

The evolution of microservices and containers in recent years significantly changed the way we design, develop, and run software. In this e-book, you'll learn to create cloud-native applications with Kubernetes as a runtime platform and build container images directly within the cluster.