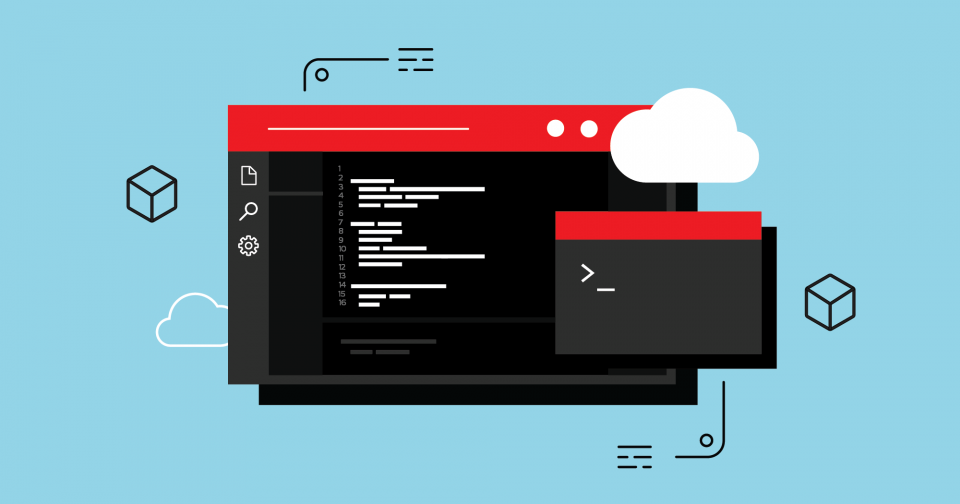 “It works on my machine.” If you write code with, for, or near anybody else, you’ve said those words at least once. Months ago I set up a library or package or environment variable or something on my machine and I haven’t thought about it since. So the code works for me, but it may take a long time to figure out what’s missing on your machine.

Built on the open-source Eclipse Che project, Red Hat OpenShift Dev Spaces solves this problem (and a couple of others that we’ll talk about in a minute) by delivering secure, sharable developer workspaces. Those workspaces include all the tools and dependencies needed to code, build, test, run, and debug your applications. The entire product runs in an OpenShift cluster (on-premises or in the cloud), so there’s nothing to install on your machine. Or mine.

OpenShift Dev Spaces also makes onboarding easy. You can create a devfile to describe your project's workspace. Any authorized person on your team can load the devfile to get a new copy of that workspace. This devfile can define other projects to clone, commands to run, and development environments needed to build, run, and deploy your applications.

Want to extend the UDI with your own content? You can build a container image based on the UDI image, include your custom development tools, omit things you don't need, and once published to a container registry, use that new image with your team via a devfile. Assuming everyone on your team uses that custom image, you know everyone has the same libraries, runtimes, and tools—and the same levels of security patches and bug fixes, too!

OpenShift Dev Spaces delivers a full-featured IDE that includes code completion, syntax highlighting, refactoring, debugging, and everything else you would expect from a great development environment.

And soon, we'll be adding support for even more IDEs, including IntelliJ IDEA Community Edition and VSCodium, the fully open source version of Visual Studio Code.

By the way: OpenShift Dev Spaces delivers a full-featured IDE that includes code completion, syntax highlighting, refactoring, debugging, and everything else you would expect from a great development environment. (Although you can use SSH to access your workspaces from Eclipse and other tools if you prefer.)

Another development issue is securing the source code and other intellectual property stored on laptops. With OpenShift Dev Spaces, the working copy of the code is centrally managed on the OpenShift cluster where the developer workspace runs. There is nothing on the local machine anymore. Your laptops might be anywhere, but you always know where your source code is.

Best of all, it’s easy to sign up for the beta. Visit the product page to get the code and everything you’ll ever need to know about the product.

OpenShift Dev Spaces gives you greater security, faster onboarding, and makes sure your code works on their machines too.