Learn about the new BGP capabilities in Red Hat OpenStack 17 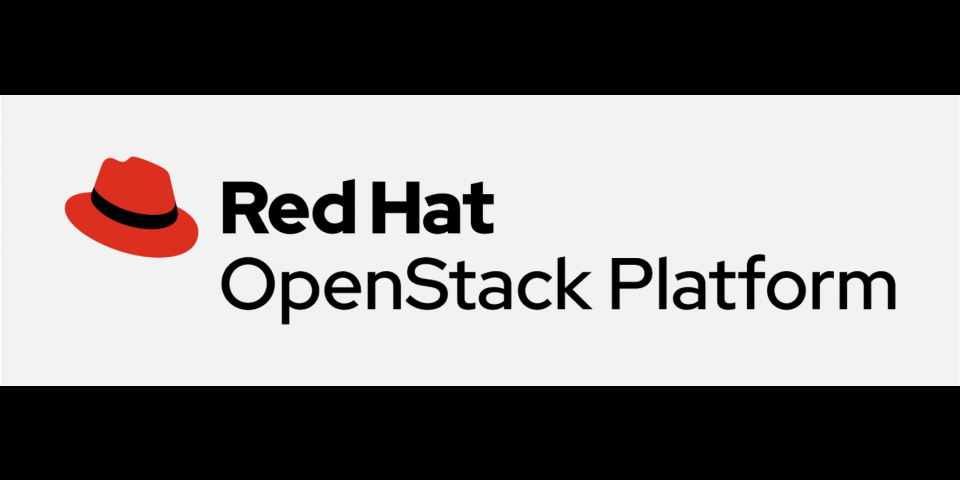 The Red Hat OpenStack Platform is an Infrastructure-as-a-Service (IaaS) offering from Red Hat. Version 17.0 of the platform includes dynamic routing for both the control and data planes. This lets you deploy a cluster in a pure layer-3 (L3) data center, overcoming the scaling issues of traditional layer-2 (L2) infrastructures such as large failure domains, large broadcast traffic, or long convergence times in the event of failures.

This article will illustrate this new feature by outlining a simple three-rack spine and leaf topology, where the layer-2 boundaries are within each rack on the Red Hat OpenStack Platform. The control plane spans the three racks, and each rack also hosts a compute node. Figure 1 illustrates our topology.

The main characteristics of this deployment are:

Before we move on, it's worth noting the constraints and limitations of the implementation shown in this article:

With this configuration, the control plane no longer has to be in the same L3 network as the endpoints, because endpoints are advertised via BGP and traffic is routed to the nodes hosting the services.

High availability (HA) is provided fairly simply. Instead of announcing the VIP location upon failover by sending broadcast GARPs to the upstream switch, Pacemaker just configures the VIP addresses in the loopback interface, which triggers FRR to advertise a directly connected host route to it.

Let's take the example of the control plane's HAproxy endpoint and check its Pacemaker configuration:

After Pacemaker configures the VIP in one of the nodes, it configures this IP address in the lo interface, triggering FRR to advertise a directly connected route on that node:

Now we can explore the route to this IP address, which is hosted by ctrl-1-0, from the leaf-2-1 leaf node in rack-2:

Traffic directed to the OpenStack control plane VIP (172.31.0.1) from leaf-2-1 goes through either the eth1 (on spine-1) or eth2 (on spine-2) ECMP routes. The traffic continues from spine-1 on ECMP routes again to leaf-1-1 , or from spine-2 to leaf1-2. Finally, the traffic goes through eth3 to the controller hosting the service, ctrl-1-0.

As mentioned earlier, BFD is running in the network to detect network failures. In order to illustrate its operation, following the example in the previous section, let's take down the NIC in leaf-1-1 that connects to the controller node, and see how the routes adjust on the spine-1 node to go through the other leaf in the same rack.

Initially, there is an ECMP route in the spine-1 node to the VIP that sends the traffic to both leaves in rack 1:

Now let's bring down the interface that connects leaf-1-1 to ctrl-1-0, which is hosting the VIP:

The BFD state changes to down for this interface, and the route has been withdrawn in the spine, which now goes only through leaf-1-2:

Similarly, if we bring up the interface again, BFD will detect this condition and the ECMP route will be re-installed.

The newly introduced frr container runs in all controller, network, and compute nodes. Its configuration can be queried through the following command:

The data plane refers here to the workloads running in the OpenStack cluster. This section describes the main pieces introduced in this configuration to allow VMs to communicate in a Layer-3 only datacenter.

The OVN BGP Agent is a Python-based daemon that runs on every compute and network node. This agent connects to the OVN southbound database and keeps track of when a workload is spawned or shut down on a particular hypervisor. The agent then triggers FRR to advertise or withdraw its IP addresses, respectively. The agent is also responsible for configuring the extra routing layer between the provider bridge (br-ex or br-provider) and the physical NICs.

The same principle shown earlier for the control plane applies to the data plane. The difference is that for the control plane, Pacemaker configures the IP addresses to the loopback interface, whereas for the data plane, the OVN BGP Agent adds the addresses to a local VRF. The VRF is used for isolation, because we don't want these IP addresses to interfere with the host routing table. We just want to trigger FRR to advertise and withdraw the addresses as appropriate (Figure 2). 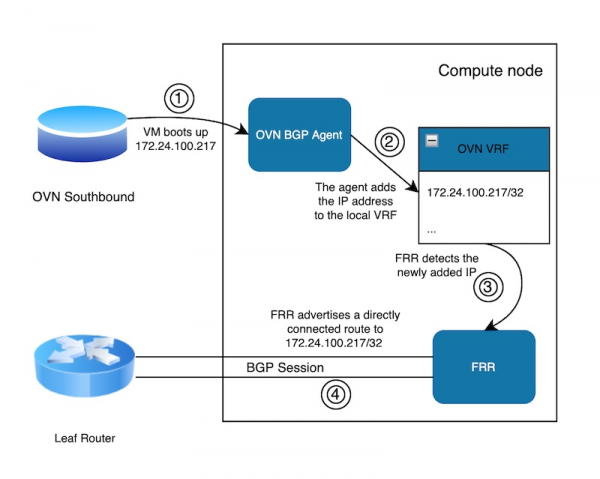 As mentioned earlier, OVN has not been modified in any way to support this configuration. Thus, OVN believes that the L2 broadcast domain of the provider networks spans multiple hypervisors, but this is not true anymore. Both ingress and egress traffic require an extra layer of routing. The OVN BGP Agent is responsible for configuring this layer through the following actions:

This example is for a VM on a provider network and applies as well to Floating IP addresses. However, for workloads in tenant networks, host routes are advertised from network and compute nodes using the Neutron gateway IP address as the next hop. From the gateway node, the traffic reaches the destination compute node through the Geneve tunnel (L3) as usual.

More information can be found at: 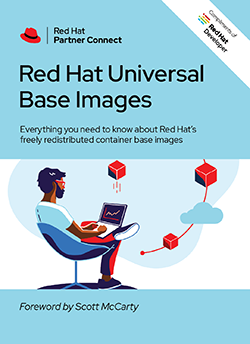 Red Hat Universal Base Images (UBI) are a subset of Red Hat Enterprise Linux for building applications in containers - and they each have their own unique EULA, which means they are freely redistributable. In this e-book, you'll learn why choosing a base image is strategically important for building cloud-native apps.