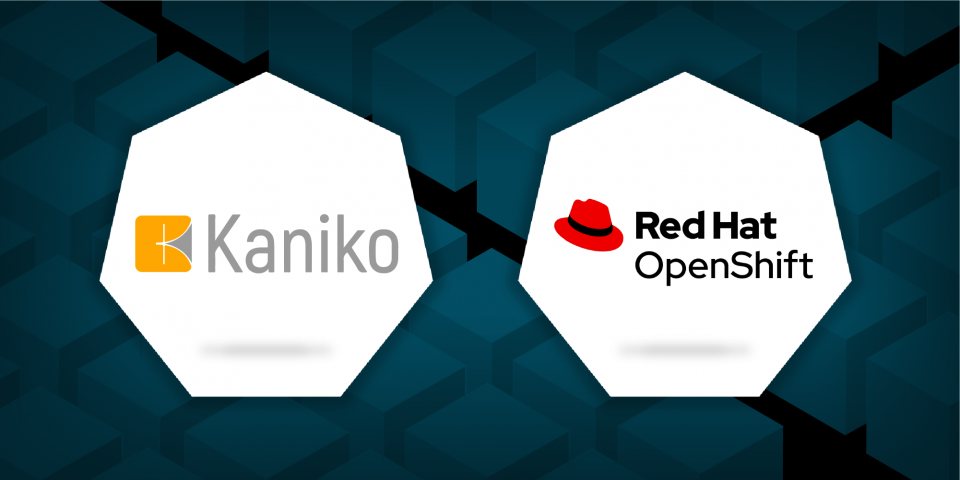 Typically, building containers and images from a standard Dockerfile requires root access and permissions. This can create a challenge when working with public or shared clusters. For example, cluster admins don't often allow permissions to run this type of workload, as it might compromise the security of the entire cluster.

In these situations, many developers use a build tool such as kaniko to simplify the effort. Kaniko can build your images without requiring root access. This capability makes kaniko a feasible alternative for building containers and images in any kind of environment; for example, standard Kubernetes clusters, Google Kubernetes Engine, and public or shared clusters. Kaniko can also automatically push your images to a specified image registry.

This article shows you how to use kaniko to build a container image in a Red Hat OpenShift cluster and push the image to a registry.

To perform a kaniko build on a Red Hat OpenShift cluster, ensure that the following prerequisites are in place:

Note: All the oc commands in this article also work with kubectl, whether you are working with an OpenShift cluster or a Kubernetes cluster, or without a cluster.

Setup and configuration for kaniko on OpenShift

Once the prerequisites are set up, configured, and active, you can perform a kaniko build on an OpenShift cluster and push the image to a registry.

To start, log in to your OpenShift cluster as follows:

Create your own project using:

Create a secret using the credentials to your registry

To push your image to an external registry (such as Docker Hub), create a secret named regcred using the following oc command:

Replace the italicized values in this command with the following information:

Note: Push your image to an internal registry through a pod on a cluster using a service account. For example, you can acquire login credentials for your service account, such as for Builder, through the cluster's console.

From the list of available secrets in your namespace, pick a builder-dockercfg secret, and expose the base64 credentials using the Reveal Values button on the OpenShift console.

Locate the URL for your target image registry and copy the authorization token. Use it to prepare a new config.json file by replacing image-registry-url and auth-token with the appropriate values. For example:

Once the config.json file is ready, create a secret as follows, naming it regcred:

In the local file system, git clone your source code repository. For example, in an empty directory enter the following:

Next, download the corresponding Dockerfile from its location and place it at the root of this directory, if it doesn't already exist there.

If a specific subdirectory within your cloned repo hosts the code used to build an image (as opposed to the entire cloned directory), place the Dockerfile at the root of that subdirectory. Together the directory containing your source code and Dockerfile now represent your build context.

Note: When using the Dockerfile present in the mentioned repository, drop the line that says USER nobody, to avoid permission issues.

Make sure that the paths mentioned after /kaniko/build-context against the --dockerfile and --context parameters in the openshift-pod.yaml file accurately represents the directory structure present inside kaniko-build-context.tar.gz. The paths must be an exact match.

Compress the build context into a tar.gz file

Once the build context is ready, compress it into a tar.gz file as follows:

Create an openshift-pod.yaml file that has two containers, as shown in Figure 1.

If you are pushing to Docker Hub, you could set the destination as follows:

If you are pushing to the internal registry, set the destination as shown here:

Apply the pod to the cluster

Use the following command to apply the pod to your cluster:

The command should return:

Check the status of the cluster

To check the cluster's status, run the following command:

Here is an example of what it displays:

Copy tar.gz from the local file system to the kaniko-init container

Copy the tar.gz file that you created earlier from the local file system to the kaniko-init container currently running in the pod:

Extract the copied tar.gz file on the mounted path to the shared volume

From inside your kaniko-init container, extract the copied tar.gz file into the mounted path pointing to the shared volume inside of the kaniko pod. This allows it to be accessed by other containers with access to this shared volume.

You should see the pushed image reflected in your target registry. Additionally, you can take a closer look inside the container at any time. (I found this to be quite useful while attempting to debug the process.) To begin, start a bash session inside your kaniko-init container and take a look:

Once the extraction process is complete, you can shut down the init container, at which point the kaniko container takes over. Then create a file that serves as a trigger:

When you run oc get pods again, the output displays whether everything is working well:

Next, run the following oc command to get a more detailed look at what's going on inside the kaniko container:

Alternatively, you can look at the pod logs within the OpenShift console.

You can delete the pod if needed using oc delete pod kaniko.

Shipwright: A framework for building container images on Kubernetes