Ready to start working with Ansible? Download now or learn how to get started. 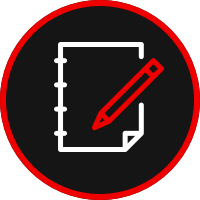 These fully supported components help you create automation content. For example, the command-line tool ansible-test helps you test your modules and plugins. ansible-lint is a command-line tool that further enhances the content creation experience by promoting proven practices, patterns, and behaviors while avoiding common pitfalls that could lead to bugs or creating code that is harder to maintain.

This command-line tool helps you to quickly package together your automation and dependencies into containerized images called automation execution environments.

Get up and running efficiently with a new method for building and consuming Ansible content. Pre-composed collections of modules and roles around specific topic areas bring flexibility, control, and innovation—saving your time and work. 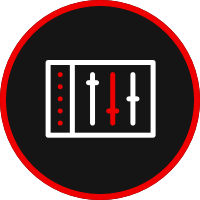 A key component for getting the most out of an Ansible Automation Platform subscription is utilizing the tools that are available to you. Adopting the tools below allows you to unlock the full power of automation that comes with your subscription.

Automation controller is the Web User Interface (webUI) and API for Ansible Automation Platform. This replaces the component formerly known as Red Hat Ansible Tower. However, the automation controller goes above and beyond the old architecture by decoupling the control and execution planes, so execution capacity is no longer tied to the same node as the graphical interface.

Private automation hub is an easier way to manage Ansible Automation Platform content. Whether you produce private content, access trusted and supported content from Red Hat, or obtain content from third-party or other community sources, an internally controlled distribution and sharing method is essential to support the continued growth of automation.

Automation mesh is a key component of Ansible Automation Platform that enables you to automate at scale in a cloud-native way. It gives you maximum flexibility in planning distributed, remote, or otherwise complex automation deployments, along with visibility, control, and reporting. 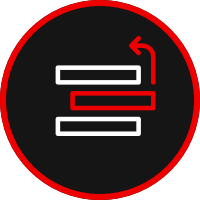 These tools provide a visual dashboard, health notifications, and organizational statistics across different teams using Ansible Automation Platform. These tools allow you to get visibility into the status of automation and convert the benefits of automation to real-world currency.

This hosted service on console.redhat.com is included in your Ansible Automation Platform subscription. Automation services catalog acts as lightweight IT service management, where automation consumers can order automation as catalog items.