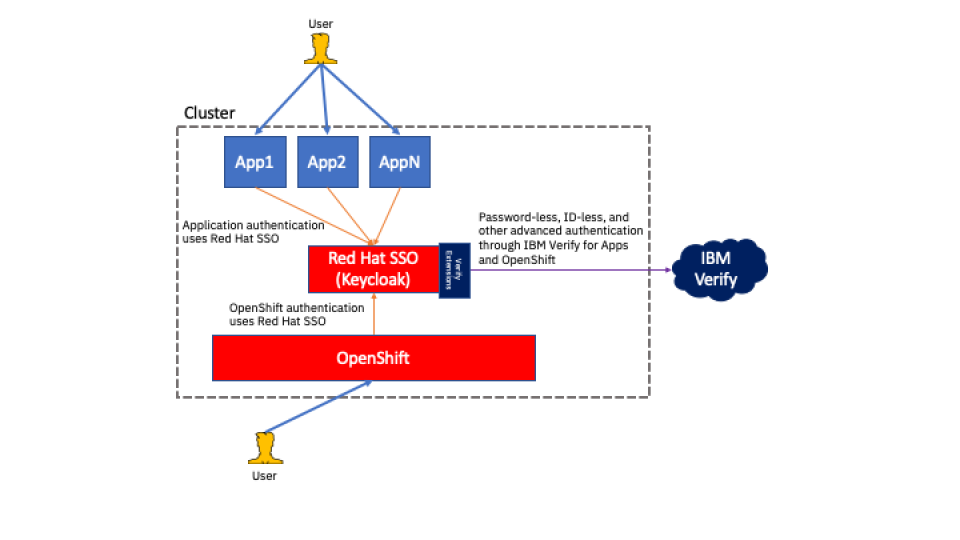 More and more organizations are using Red Hat Single Sign-On (Red Hat SSO) as the foundation for securing user identities for enterprise and consumer applications. The focus on providing both robust security and a seamless user experience needs to be equally considered. Neither of these requirements should be compromised, especially as applications are being built for a multi-cloud world on Red Hat OpenShift.

By using Verify, Red Hat SSO developers can also get visibility and analytics into authentication events when different authenticators are being used with applications protected by Red Hat SSO. This provides Red Hat SSO developers the ability to detect where users are authenticating from, determining and seeing any potential anomalies by being able to drill down into each of the events, and more. These types of reports may be used for auditing and compliance purposes, as shown in Figure 2.

Within twenty minutes, advanced authentication and frictionless experiences can be added to Red Hat SSO deployments:

Additional information can be found in the IBM Security GitHub. You can also get more details for a step-by-step walkthrough of using Verify extensions with Red Hat SSO through the user guides, along with documentation for a sample application that developers can get started with and explore further.