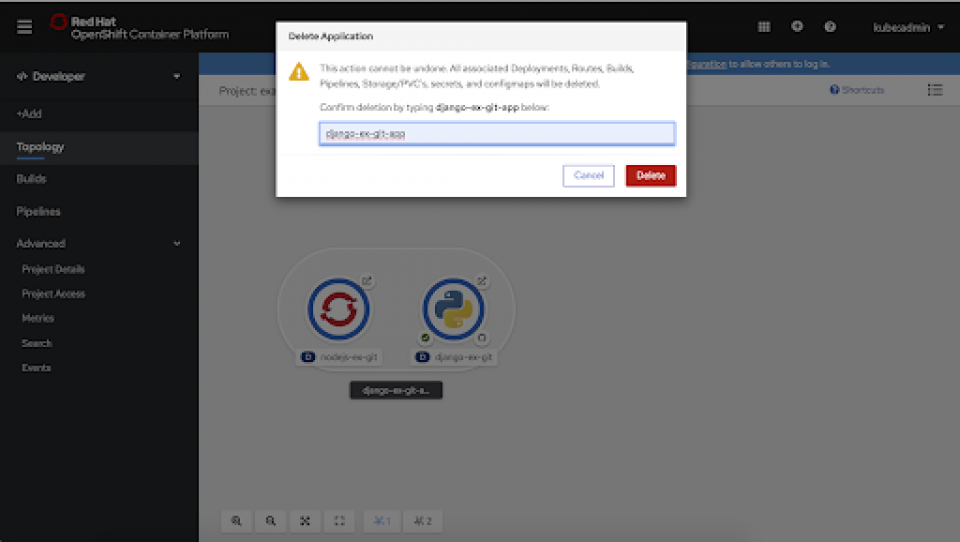 The developer experience is significantly improved in the Red Hat OpenShift 4.3 web console. If you have used the Developer perspective, which was introduced in OpenShift 4.2 Console, you are probably familiar with our streamlined user flows for deploying applications, the new Topology view, and the enhanced experience around OpenShift Pipelines powered by Tekton and OpenShift Serverless powered by Knative. This release continues to improve upon the features that were introduced in 4.2 and introduces new flows and features for the developer.

The Developer perspective offers several built-in ways to streamline the process of deploying applications, services, and databases. In 4.3, you’ll find the following improvements to these user flows: The Service Binding Operator enables application developers to more easily bind applications together with Operator-managed backing services such as databases, without having to manually configure secrets, ConfigMaps, etc. In Topology in 4.3, you can quickly and easily create a binding between two components.

The OpenShift Pipeline Operator enhances the OpenShift console with developer CI/CD solutions that leverage the Tekton project. In 4.3, you’ll see the following improvements: In 4.3, improvements to the Tech Preview for Red Hat OpenShift Serverless features include: Join our OpenShift Developer Experience Google Group, participate in discussions, or attend our Office Hours Feedback session. Or, drop us an email with your comments about the OpenShift Console user experience.