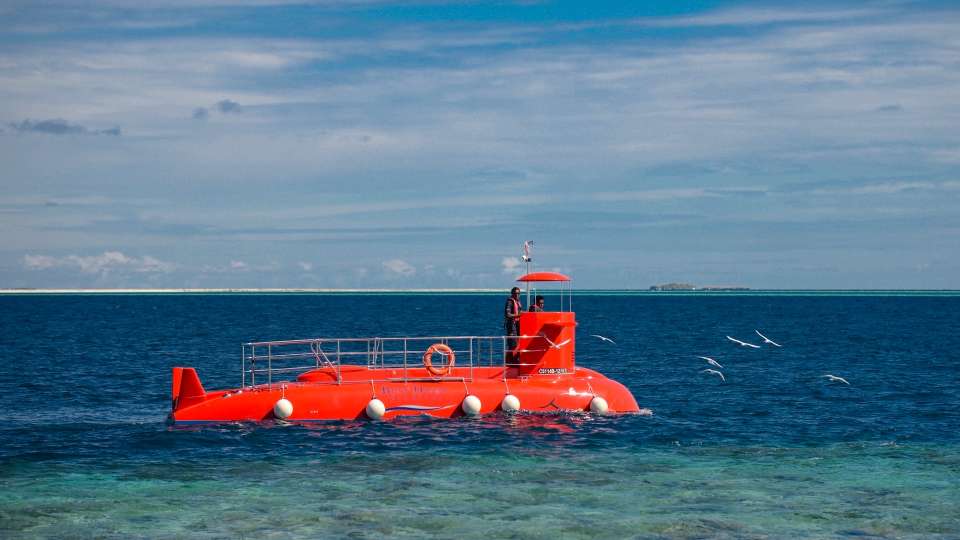 Rule-based artificial intelligence (AI) is often overlooked, possibly because people think it's only useful in heavyweight enterprise software products. However, that's not necessarily true. Simply put, a rule engine is just a piece of software that allows you to separate domain and business-specific constraint from the main application flow. We are part of the team developing and maintaining Drools—the world's most popular open source rule engine and part of Red Hat—and, in this article, we will describe how we are changing Drools to make it part of the cloud and serverless revolution.

Our main goal was to make the core of the rule engine lighter, isolated, easily portable across different platforms, and well-suited to run in a container. The software development landscape has changed a lot in the past 20 years. We are moving more and more toward a polyglot world, which is one reason why we are working to make our technology work across a lot of different platforms. This is also why we started looking into GraalVM, the new Oracle Labs polyglot virtual machine (VM) ecosystem, consisting of:

Meanwhile at Red Hat, another team was already experimenting with GraalVM and native binary generation for application development. This effort has been realized in a new project you may have heard of called Quarkus. The Quarkus project is a best-of-breed Java stack that works on good old JVM but is also especially tailored for GraalVM, native binary compilation, and cloud-native application development.

GraalVM is an amazing tool, but it also comes with some (understandable) limitations. Thus, Quarkus is designed to integrate seamlessly with GraalVM and native image generation, as well as provide useful utilities to overcome any related limitations. In particular, Drools used to make extensive use of dynamic class generation, class-loading, and quite a bit of reflection. To produce fast, efficient, and small native executables, Graal performs aggressive inlining and dead-code elimination, and it operates under a closed-world assumption: that is, the compiler removes any references to class and methods that cannot be statically reachable in the code. In other words, unrestricted reflective calls and dynamic class loading are a no-go. Although this may at first sound like a showstopper, here we will document in detail how we modified the core of Drools to overcome such limitations, and we will explain why such limitations are not evil and can be liberating.

A rule definition has the form

In Drools, a rule is written using the Drools Rule Language (in short, DRL), and it has the form:

Constraints are written using a form of pattern-matching over the data (Java objects) that is inserted into the working memory. Actions are basically a block of Java code with a few Drools-specific extensions.

Historically, the DRL used to be a dynamic language that was interpreted at runtime by the Drools engine. In particular, the pattern matching syntax had a major drawback: it made extensive use of reflection unless the engine detected a constraint was "hot" enough for further optimization; that is, if it had evaluated a certain number of times; in that case the engine would compile it into bytecode on-the-fly.

About one year ago, for performance reasons, we decided to go away with runtime reflection and dynamic code generation and completed the implementation of what we called the Drools Executable Model, providing a pure Java-based representation of a rule set, together with a convenient Java DSL to programmatically define such model.

To give an idea of how this Java API looks, like let’s consider again the simple Drools rule reported above. The rule will fire if the working memory contains any Result instance and any instance of Person where the age field is greater or equal to 18. The consequence is to set the value of the Result object to a String saying that the person can drink. The equivalent rule expressed with the executable model API looks like the following (pretty-printed for readability):

As you can see, this representation is more verbose and harder to understand, partly because of the Java syntax, but mostly because it explicitly contains lots of details, such as the specification of how Drools should internally index a given constraint, which was implicit in the corresponding DRL. We did this on purpose because we wanted a totally explicit rule representation that did not require any convoluted inference or reflection sorcery. However, we knew it would be crazy to ask users to be aware of all such intricate details, so we wrote a compiler to translate DRL into the equivalent Java code. We achieved this using JavaParser, a really nice open source library that allows to parse, modify, and generate any Java source code through a convenient API.

In all honesty, when we designed and implemented the executable model, we didn’t have strictly GraalVM in mind. We simply wanted an intermediate and pure Java representation of the rule that could be efficiently interpreted and executed by the engine. Yet, by completely avoiding reflection and dynamic code generation,  the executable model was key to allowing us to support native binary generation with Graal. For instance, because the new model expresses all constraints as lambda predicates, we don’t need to optimize the constraints evaluators through bytecode generation and dynamic classloading, which are totally forbidden in native image generation.

The design and implementation of executable model taught us an important lesson in the process of making Drools compatible with Graal: any limitation can be overcome with a sufficient amount of code generation. We will further discuss this in the next section.

Having a plain Java model of a Drools rule base was a very good starting point, but more work was needed to make our project compatible with native binary generation.

The executable model makes reflection largely unnecessary; however, our engine still needs reflection for one last feature called property reactivity. Our plans are to get rid of reflection altogether, but, because the change is nontrivial, for this time we resorted to a handy feature of the binary image compiler. This feature does support a form of reflection, provided that we can declare upfront the classes we will need to reflect upon at runtime. This can be supplied by providing a JSON descriptor file to the compiler, or, if you are using Quarkus, you can just annotate the domain classes. For instance, in the rule shown above, our domain classes would be Result and Person. Then we can write:

Then, we can instruct the native binary compiler with the flag

We segregated other redundant reflection trickery to a dynamic module and implemented an alternative static version of the same components that users can choose to import into their project. This approach is especially useful for binary image generation, but it has benefits for regular use cases as well. In particular, avoiding reflection and dynamic loading can result in faster startup time and improved run-time.

At startup time, Drools projects read an XML descriptor called the kmodule, where the user declaratively defines the configuration of the project. Usually, we parse this XML file and load it into memory, but our current XStream-based parser uses a lot of reflection; so, first, we can load the XML with an alternative strategy that avoids reflection. However, we can go further: if we can guarantee that the in-memory representation of the XML will never change across runs, and we can afford to run a quick code-generation phase before repackaging a project for deployment, then we can avoid loading the XML at each boot-up altogether. In fact, we are now able to translate the XML file into a class file that will be loaded at startup time, like any other hand-coded class. Here's a comparison of the XML with a snippet of the generated code (again, pretty-printed for readability). The generated code is more verbose because it makes explicit all of the configuration defaults.

Another issue with startup time is dynamic classpath scanning. Drools supports alternate ways to take decisions other than DRL-based rules, such as decision-tables, the Decision Model and Notation (DMN) or predictive models using the Predictive Model Markup Language (PMML). Such extensions are implemented as dynamically loadable modules, that are hooked into the core engine by scanning the classpath at boot-time. Although this is extremely flexible, it is not essential: even in this case, we can avoid runtime classpath scanning and provide static wiring of the required components either by generating code at build-time, or by providing an explicit API to end users to hook components manually. We resorted to provide a pre-built static module with a minimal core.

Note that, although here we are using Class.forName(), the compiler is smart enough to recognize the constant and substitute it with an actual constructor. Of course, it is possible to simplify this further by generating a chain of if statements.

Finally, we tied everything together by getting rid of the last few pre-executable model leftovers: the legacy Drools class-loader. This was the culprit behind the following apparently cryptic error message:

Really, however, the message is pretty clear: our custom class-loader is able to dynamically define a class, which is useful when you generate bytecode at run-time. But, if the codebase relies completely on the executable model, we can avoid this altogether, so we isolated the legacy class-loader into the dynamic module.

This is the last step that was necessary to successfully generate a native image of our simple test project, and the results exceeded our expectations, thereby confirming that the time and efforts we spent in this experiment were well invested. Indeed, executing the main class of our test case with a normal JVM takes 43 milliseconds with a occupation of 73M of memory. The corresponding native image generated by Graal lasted is timed at less than 1 millisecond and uses only 21M of memory.

Once we had a first version of Drools compatible with Graal native binary generation, the next natural step was to start leveraging the features provided by Quarkus and try to create a simple web service with it. We noticed that Quarkus offers a different and simpler mechanism to let the compiler know that we need reflection on a specific class. In fact, instead of having to declare this in a JSON file as before, you can annotate the class of your domain model as follows:

We also decided to go one small step forward with our code generation machinery. In particular, we added one small interface to Drools code

so that when the Drools compiler creates the executable model from the DRL files it also generates an implementation of this class. This implementation has the purpose of supplying a Drools session automatically configured with the rules and the parameters defined by the user.

After that, we were ready to put both dependency injection and REST support provided by Quarkus to work, and we developed a simple web service exercising the Drools runtime.

The example is straightforward enough to not require any further explanation and is fully deployable as a microservice in an OpenShift cluster. Thanks to the extremely low startup time—due to the work we did on Drools and the low overhead of Quarkus—this microservice is fast enough to be deployable in a KNative cloud. You can find the full source code on GitHub.

These days, rule engines are seldom a matter of discussion. This is because they just work. A rule engine is not necessarily antithetical to a cloud environment, but work might be needed to fit the new paradigm. This was the story of our journey. We started with courage and curiosity. In the next few months, we will push this work forward to become more than a simple prototype, to realize a complete suite of business automation tools ready for the cloud. The name of the initiative is Submarine, from the famous Dijkstra quote. So, sit tight, and get ready to dive in.