A developer's guide to using OpenShift with Kubernetes 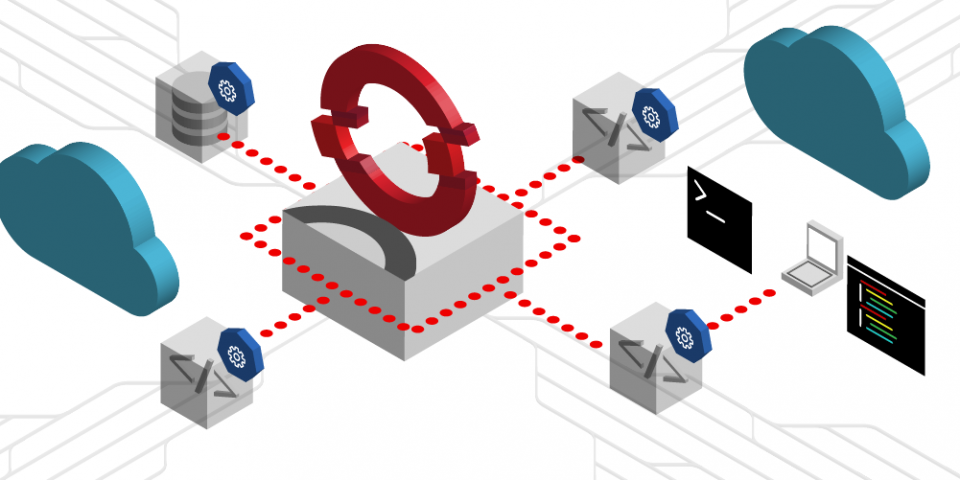 Kubernetes is popular and powerful, but it's not easy to use. You have to know a lot even to do a simple task. The learning curve can be daunting. OpenShift makes working with Kubernetes a lot easier by providing a layer of abstraction over Kubernetes that removes a good deal of Kubernetes's operational complexity from the day-to-day developer experience. Figure 1 shows the place of OpenShift in the software stack.

One button click in the OpenShift web console can do the work on a Kubernetes cluster that otherwise would require fiddling with a configuration file or typing half a dozen commands into a terminal window. In addition to providing a graphical user interface (UI) that makes it easier to work with Kubernetes, OpenShift has a set of features that enhance application deployment and maintenance. For example, OpenShift allows you to deploy an application from source code in a remote repository directly into the underlying Kubernetes cluster.

Also, OpenShift enables application deployment from existing container images that are stored in a container image repository. These two features alone save hours of work for developers and release personnel (who would also need to be part of the deployment process). Again, OpenShift does not replace Kubernetes. Rather, it improves and enhances the experience for those who work with Kubernetes.

The trick to working with OpenShift is to take an application-first approach. This means using OpenShift to select the type of application you want, either by starting from scratch or by using pre-existing code. The pre-existing code can be a container image or source code in a remote source code repository. After you select an application type, OpenShift does the work of setting it up in the underlying Kubernetes cluster. You don't have to fiddle around with configuration files or create Kubernetes resources manually. OpenShift does all that work, thus enabling you to focus on the higher-level concerns of application design.

How to work with oc and kubectl CLI tools

There are two ways for developers to work with OpenShift. One way is using the graphical web console. The other way is to use oc at the command line.

The oc CLI provides all the capabilities available in kubectl, which is the native to Kubernetes. However, oc goes beyond the capabilities of kubectl and allows developers to work with features that are special to OpenShift.

There are also two ways to use oc. The first way is to install oc on your local machine and use it to log in to a remote OpenShift instance. Then, once logged in, you invoke oc to execute commands from a terminal window in your local machine (Figure 2).

Figure 2: The developer is working within a terminal window, executing oc commands there.

The second way to use oc within the web console's terminal window (Figure 3). 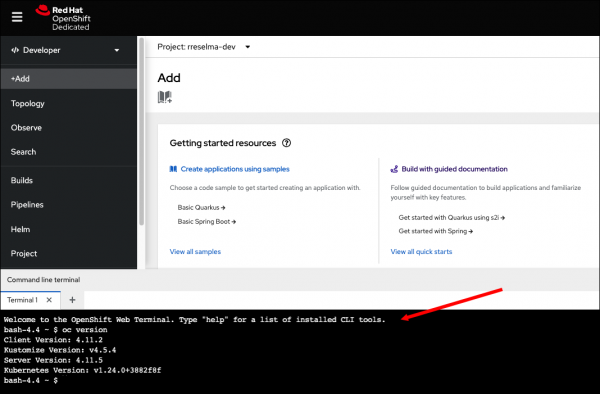 Figure 3: The OpenShift web console offers a terminal where you can issue commands related to your clusters.

Anything you can do with the kubectl CLI, you can also do with oc. For example, the two terminals in Figure 4 use kubectl and oc to get a list of Kubernetes pods hosted in an OpenShift cluster.

In Figure 4, both kubectl and oc execute the get pods subcommand. Because oc mimics kubectl, the output for each command is identical.

How to use the web console

In addition to using the oc CLI to interact with OpenShift, developers can use the web console. This graphical interface allows developers to work with OpenShift projects, applications, and an application's constituent components. This section provides a basic overview of the console, which you log into through your browser.

Figure 6 shows screenshots of both the Developer and Administrator perspectives in the web console.

Each perspective provides a number of capabilities in the vertical menu bar on the left side of the console's web page. Clicking on an item in the menu bar presents a web page that has the details of the selected menu item. Be advised that most of the web pages you'll be presented with require some understanding of various Kubernetes resources, so you need a basic understanding of Kubernetes. This makes sense. After all, one of the key benefits of OpenShift is that it enhances one's ability to work with Kubernetes.

The web console does take time to master. But it's not an all-or-nothing undertaking. You can learn what you need to know in small increments, according to the task you want to complete.

How to run an application in OpenShift

However, even though you don't have to do the work of creating Kubernetes resources, at some point you might need to interact with them. Fortunately, OpenShift Web Console exposes all of an application's Kubernetes resources. You just need to know where to look for them.

Installing an application from a container image

Figure 7 shows a portion of the web page in the console where you can install an application from a container image.

As mentioned many times in these articles, a key feature of the OpenShift web console is that it creates all of an application's resources automatically and exposes them in a graphical manner.

You can view the details of a resource by clicking on the link listed in the pane. The details page provides a variety of views for information about a given resource, organized according to the tabs on the horizontal menu bar on the page.

Figure 9 shows the general overview of information relevant to the application's pods, which is presented when you click the Details tab.  In addition, Figure 9 shows the YAML source code implementing the Kubernetes configuration file for the pods. The YAML configuration is created automatically by OpenShift as part of the application installation process. Developers who are familiar with configuration files can tweak the YAML to make changes. The saved changes will cascade into the cluster automatically and the pods will be updated accordingly.

Figure 10 shows the information available when you click the Metrics tab in the pod details. You can view metrics about memory usage, CPU utilization, and network I/O, to name just a few examples. The graphical information is available in the web console by default. You don't need to add any additional tools or plugins.

Finally, you saw a high-level example of how to install an application into OpenShift from a container image stored on a public registry. In addition, you learned how to use the graphical features available in the OpenShift web console to view detailed information about the Kubernetes resources associated with the application.

How can I run OpenShift on my own computer for development?

Where can I download the OpenShift command line tool?

What is the difference between OpenShift and Kubernetes? 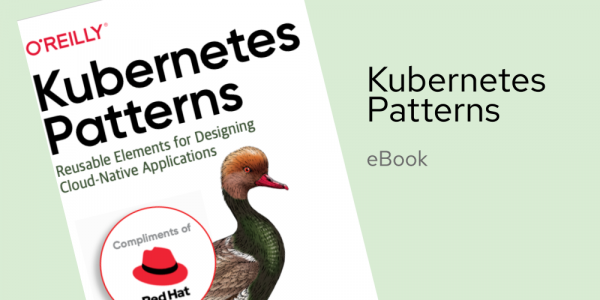 The evolution of microservices and containers in recent years significantly changed the way we design, develop, and run software. Download Kubernetes Patterns to learn to create cloud-native applications with Kubernetes as a runtime platform and build container images directly within the cluster.