OpenShift is a container platform that allows users to deploy their cloud-native applications as well as traditional stateful applications. Throughout the course of this book, you will learn how to to run, access, and manage containers, including how to orchestrate them to scale. You will also learn how to deploy improved applications and develop source code using OpenShift's CaaS and PaaS functionality.

This book explains how to: 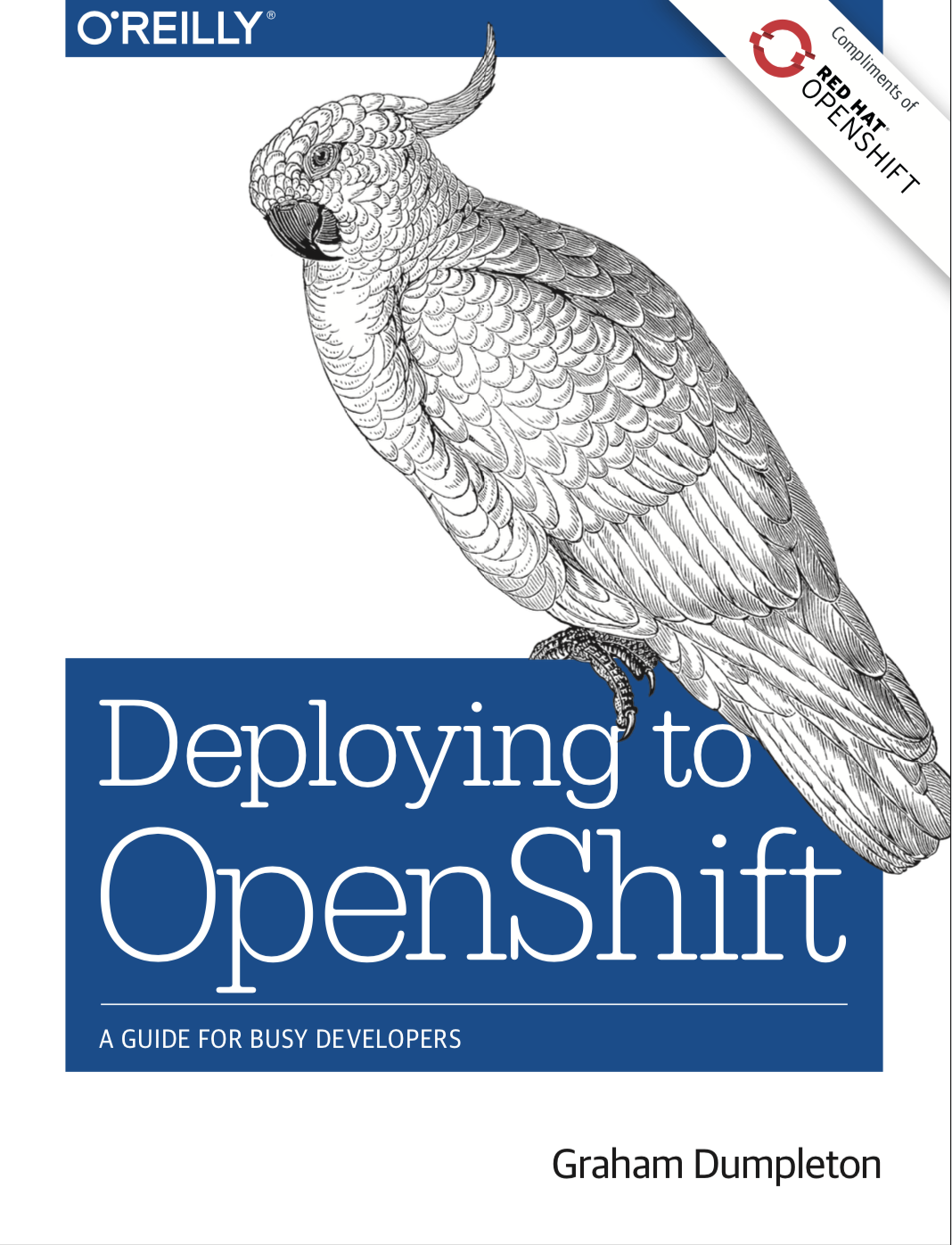 “A deployment strategy defines the process by which a new version of your application is started and the existing instances shut down.

To view what strategy a deployment is using, run the oc describe command on the deployment configuration:

A new command, oc set deployment-strategy, is planned for a newer version of OpenShift, which will allow you to set the deployment strategy to Recreate by running:

To set the deployment strategy to Rolling with this command, you would use the --rolling option. 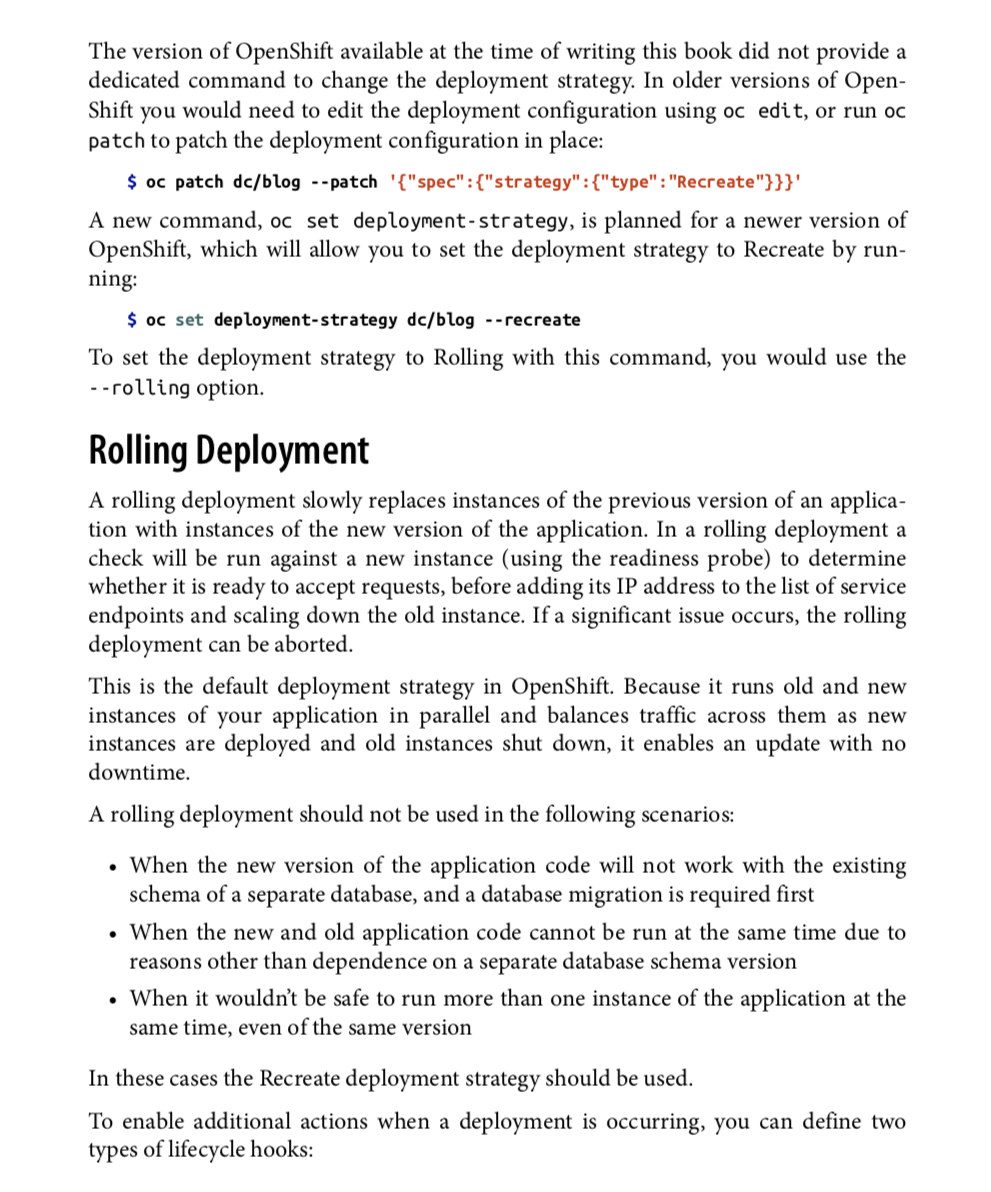