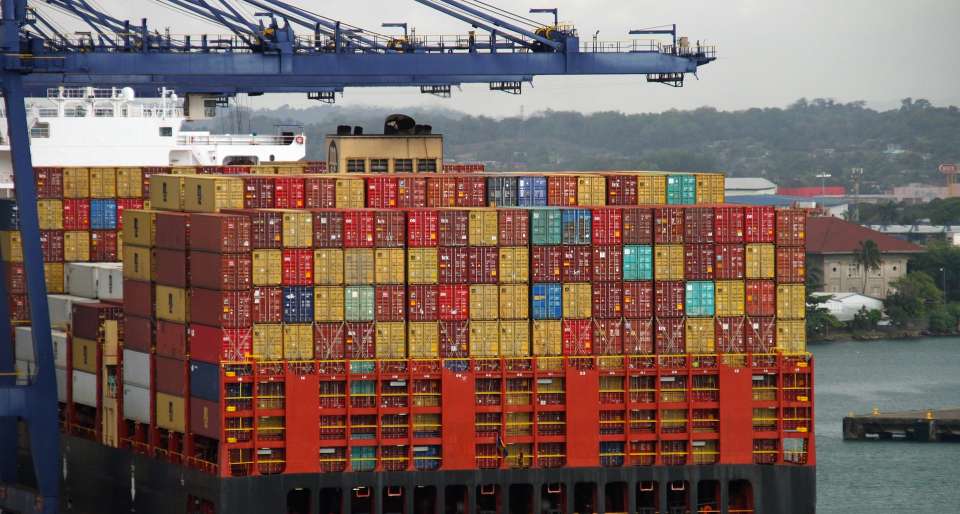 You've crushed the whole containers thing—it was much easier than you anticipated, and you've updated your resume. Now it's time to move into the spotlight, walk the red carpet, and own the whole Kubernetes game. In this blog post, we'll get our Kubernetes environment up and running on Windows 10, spin up an image in a container, and drop the mic on our way out the door—headed to Coderland.

Just because containers run on Linux doesn't mean Windows developers should be left out of the picture. Quite the contrary: Given that .NET runs in containers now, Windows devs are full first-class citizens of the containers and Kubernetes community. In this article, we'll apply a bit of PowerShell magic and we'll have your Windows PC already to for you to start learning about and using Kubernetes.

We need some sort of environment to run containers. Options include Minikube, Minishift, CodeReady Containers, and a Red Hat OpenShift cluster (running on, say, AWS). We’ll keep things simple and forward-looking by choosing CodeReady Containers (abbreviated as "CRC"). This will run on our local machine yet give us the power of Kubernetes (and OpenShift 4, by the way) without spending any money.

So let's install CodeReady Containers on Windows 10. It's four steps.

Also; if you're not using chocolatey, stop everything and install it. It's that great.

Note that, depending on when you do this, you may have a new version than shown here.

The Kubernetes command-line tool, kubectl, is a breeze to install on Windows:

To install oc, the OpenShift command-line tool, visit the CLI installation page and follow the directions. Basically, you download it and make sure it's in your system's path.

You will not see that final INFO line related to the virtual switch "crc". I added that to my machine because I'm using Windows 10 Enterprise, which is not supported by CodeReady Containers.

(However, I have a forthcoming blog post addressing that and how to make it work.)

For the sake if improved performance, you can run two optional commands to set your memory and CPU usage. If you wish to do this, use the following commands to set and view your environment:

Time to get your cluster up and running. It’s one command, but, you’ll need your “pull secret” first. Copy it to your PC's clipboard so you can paste it into the terminal window.

You will be prompted for your pull secret. Paste it into the command line and mash the Enter key and CRC will start.

Note: If, at any time, you want to start fresh with CRC, use the commands crc stop and crc delete --force --clear-cache.

When that finishes, we need a few commands to get “attached,” if you will, to our cluster. We’re going to cheat here and use some OpenShift commands; those commands are shortcuts. If we didn’t use them, we’d have to alter our Kubernetes configuration and create a user and grant access. We can save a ton of steps. If you want to use only kubectl and be a purist, you can follow this blog post “Logging Into a Kubernetes Cluster With Kubectl."

Fortunately for us, the login instructions are displayed right there on the screen. You might want to save it for the sake of convenience. If you don’t, and you need to log in, you can use the command crc console --credentials.

What's in a name?

Kubernetes uses namespaces to group objects, and we need to create a namespace for our test. Since we are using CRC and have an OpenShift cluster running on top of our Kubernetes instance, let's cheat and make life easy by using the following command:

This will create the "test" namespace and use it in subsequent commands.

We'll use a Linux image that I created. Use this command to spin up a pod:

Note that waiting for this pod to get up and running might take a few minutes, depending on your machine’s performance. When done on a server or high-performance PC, it takes about a minute or so. You can check on it by running kubectl get pods.

The proxy is running. This will tie up the command line (i.e., it runs interactively), so you need a second terminal window to run the following PowerShell command, which will return a list of the proxy routes: 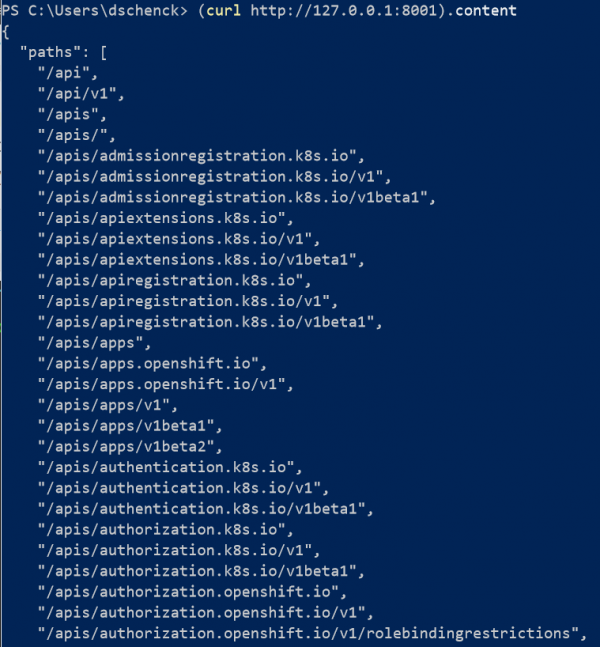 And there is. We'll cover all this as the series continues.

How to set up your first Kubernetes environment on MacOS