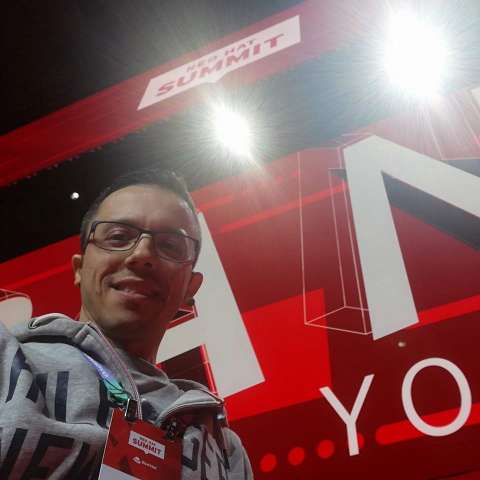 Paolo is a Principal Software Engineer working on messaging and data streaming mostly on Red Hat AMQ Streams. He is a maintainer of Strimzi, a CNCF sandbox project for running Apache Kafka on Kubernetes using operators. He also works on the Red Hat OpenShift Streams for Apache Kafka cloud service about providing a fully managed Kafka solution to customers. In his previous role, he worked on different integration projects about AMQP with Apache Kafka and Spark and on the EnMasse messaging-as-a-service project about the integration with MQTT. He is also a maintainer for different IoT related components in Eclipse Vert.x and Eclipse Paho projects. Finally, he has spoken at numerous national and international conferences about Kafka, Strimzi, and IoT.

Get a look at a complete open source stack for a real-time Java streaming data application on Red Hat OpenShift Streams for Apache Kafka.

Learn how to move an Apache Kafka workload to the cloud by using Strimzi to extend the Kubernetes API with new Kafka-related custom resource definitions.