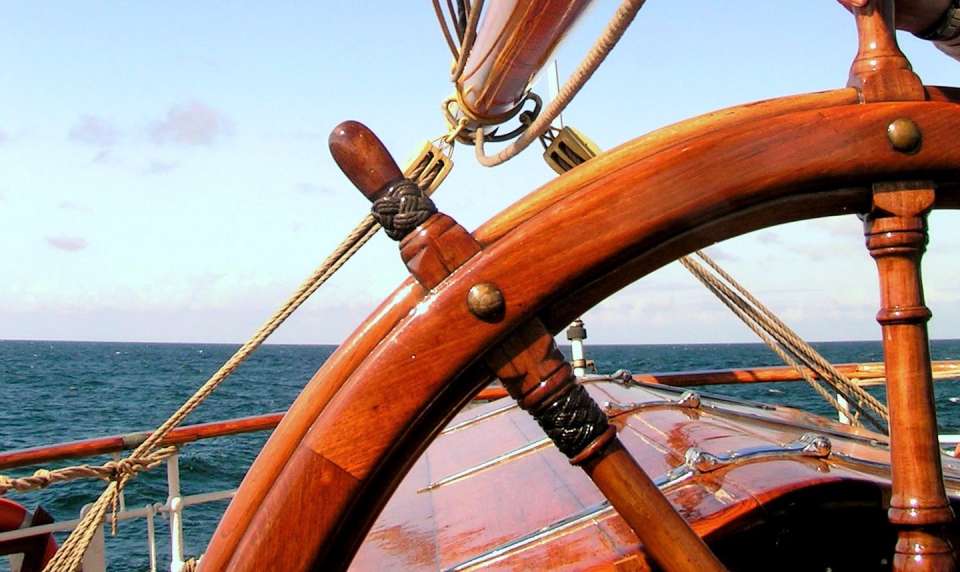 We’ve all heard of the cloud-native approach for developing applications and services, and even more so since the Cloud Native Computing Foundation (CNCF) was founded in 2015—but where did the term come from? The term cloud native was first used by Bill Wilder in his book, Cloud Architecture Patterns (O'Reilly Media, 2012). According to Wilder, a cloud-native application is any application that was architected to take full advantage of cloud platforms. These applications:

Note: Issues related to the hybrid cloud are not new, Reservoir - When One Cloud is Not Enough (IEEE 2011), covers several of them. 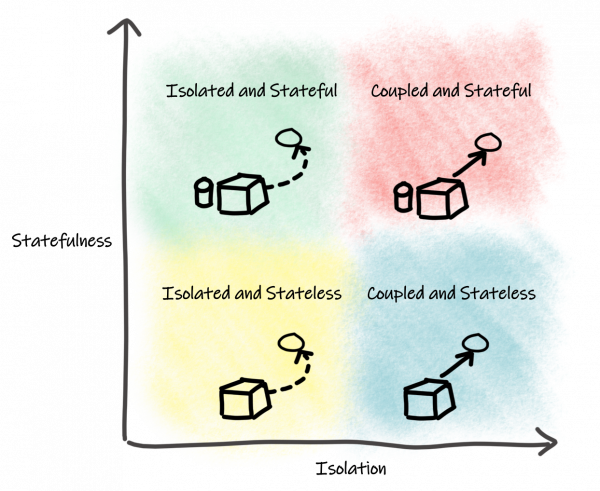 Note that isolated and stateful applications require a state to operate, but the state is retained within the application itself, not stored externally. Not many applications fall into this category as they wouldn't handle restarts well. By contrast, coupled and stateless applications are stateless but must couple with external services to respond to requests. This type of application is more common as it includes interacting with databases, message brokers, and Apache Kafka.

Any application that is isolated, whether stateless or stateful, can adhere to cloud-native principles. Such an application can be packaged for different providers in a hybrid cloud. Applications that require coupling to external services also could be considered cloud-native, but can such applications be deployed to a hybrid cloud? The answer to that question is everyone's favorite: It depends.

If the external service is a database provisioned on Kubernetes for the application to use, then the answer is yes: The application is independent of the cloud provider and can be deployed to a hybrid cloud. This type of architecture places a larger burden on operations. Requiring a database, or other data storage, to be installed and managed in a Kubernetes environment. That's far from ideal.

Now let's consider a real-world example. If an application is written to use Amazon S3 for data storage, the development team interacts with it using custom Amazon S3 APIs. If we decide to deploy the application to Google Cloud, we can't expect it to work with Google Cloud Storage without being modified for Google Cloud Storage APIs. Both versions might be cloud-native, but they’re not cloud-provider agnostic. This factor poses an issue for fully supporting the hybrid-cloud model.

The Kubernetes community is investigating a solution for object bucket storage, but that fix doesn't solve the more general issue of API portability. Even if Kubernetes has a way to generically provision a bucket-type storage mount, like Amazon S3, developers will still need to utilize Amazon S3 APIs to interact with them. Developers still require cloud provider-specific APIs in their applications.

The missing piece, from a developer's perspective, is an application API that is sufficiently abstracted for use across cloud providers for the same type of service.

Although Kubernetes is evolving to enable environment provisioning for services that developers need, we still need a way to fill the gap between the application's business logic and interaction with those services. That's one reason I previously argued that application servers and frameworks still have a role to play on Kubernetes.

Quarkus is a Kubernetes-native Java framework that can be used to facilitate application portability for hybrid cloud environments. As an example, Quarkus lets you generate descriptors for deploying to Kubernetes from within your application. It's also easily adjusted with configuration values in the application.properties file. With the health extension, the generated descriptor contains the readiness and liveness probes crucial to Kubernetes knowing if your application is healthy or not. These features simplify life for developers by creating the application deployment in Kubernetes and knowing the right way to integrate with Kubernetes pod lifecycle handling.

It's still early days for Quarkus, and for our goal of fulfilling Kubernetes-native application development to the fullest extent possible. However, we've made great progress in a short amount of time, and we are committed to ensuring that Quarkus provides the best Kubernetes-native experience for all developers.