Red Hat is coming to Devoxx 2015. 14 sessions, a booth - with beer, books and more. Join us at the booth to meet our engineers and learn how you can get access to try Red Hat products.

Visit the Red Hat booth to see OpenShift by Red Hat in action, join the new Red Hat Developer Program program, get your complimentary copy of Markus' new book - Modern JavaEE Design Patterns (while supplies last), and learn how you can get involved with Red Hat. Did we mention we will have free beer on Tuesday, Wednesday and Thursday at 17:00?

Meet our engineers, grab a beer and talk about the problems you are trying to solve.

Red Hat was excited to present local Devoxx4Kids chapters with donations to help them further their mission to introduce teenagers to programming and robotics in a fun way. Thanks Devoxx4Kids for letting Red Hat be involved in your efforts. 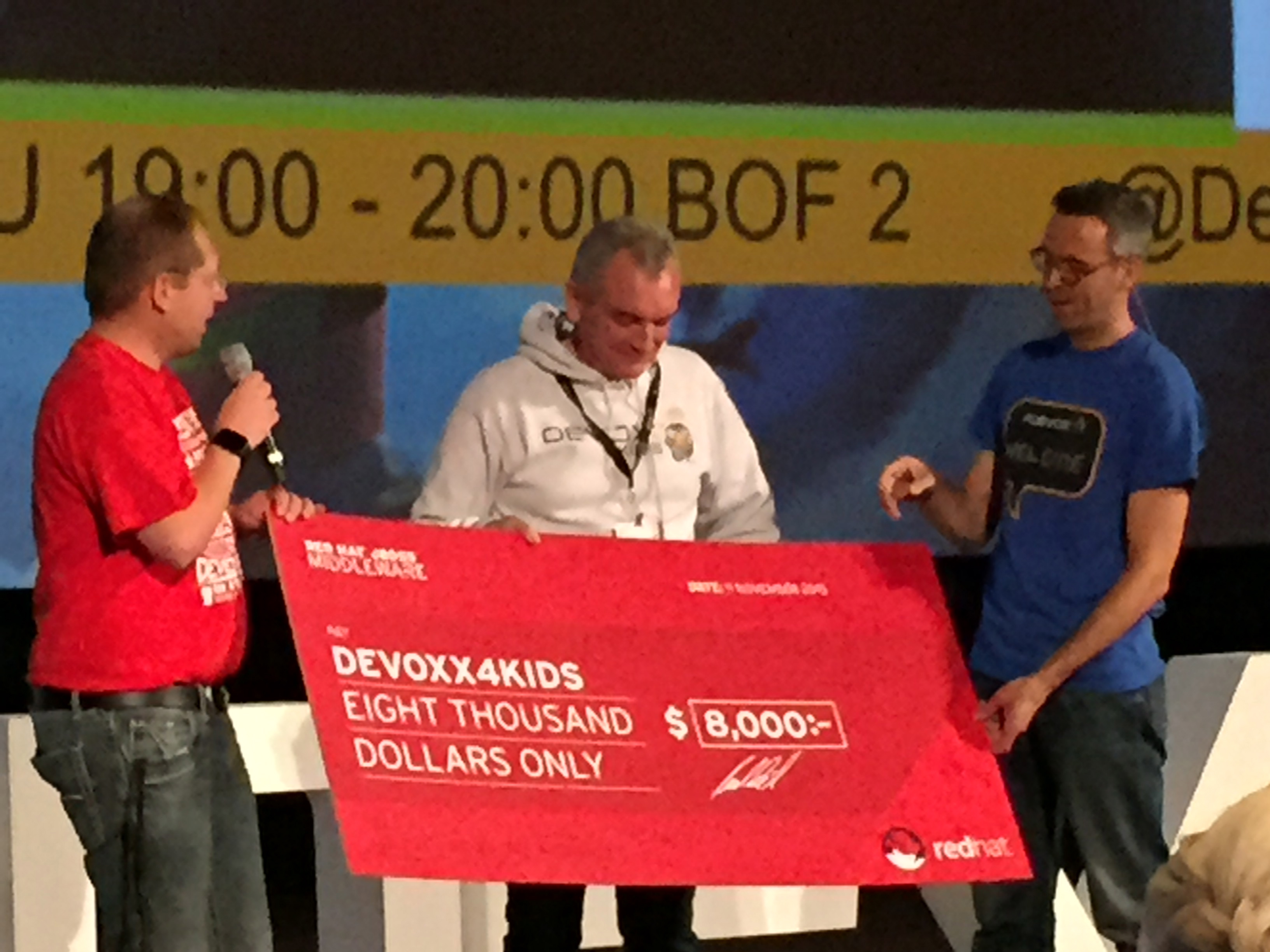 Red Hat delivers the resources and ecosystem of experts to help professional programmers to be more productive and get ahead of the curve as they build great applications. Join now for free!

MEET MARKUS EISELE & GET HIS BOOK

The gap between state-of-the-art solutions and the technology that enterprises support is greatly increasing. Learn how you can bridge that gap by building microservice-based architectures on top of Java EE in the new book from O’Reilly. Author, Markus Eisele will be at the Red Hat booth to answer your questions, share his new book - Modern JavaEE Design Patterns, and talk about how you can use his book to help you solve your challenges. Follow him on blog.eisele.net or on Twitter @myfear.