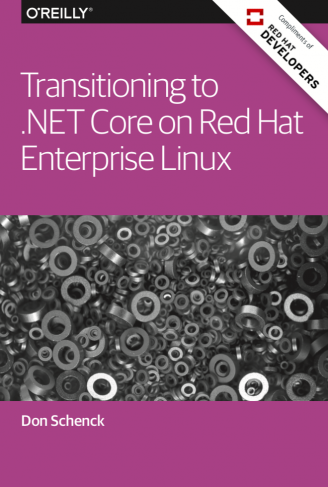 The .NET world has changed, and decidedly for the better. Not only is .NET Core now an open source framework, but thanks to Microsoft’s recent partnership with Red Hat, you can develop and run .NET web applications on Linux.

This book is targeted at — but not limited to — .NET developers with any level of experience. Starting with a basic “Hello World” console application, it moves along through ASP.NET, MVC, and Entity Framework applications, eventually arriving at a full-featured application running in a Linux container. Because the code in this book is limited to C#, your existing knowledge of .NET and C# will largely determine the speed at which you progress through this volume. More experienced developers will be interested in the few key differences when developing for Linux (and there are quite a few), whereas beginning developers can use this book to learn more advanced programming techniques.